There is a lot of excitement in the air these days with the upcoming Mr. Rogers movie. Fred Rogers was such an iconic figure here in Pittsburgh that you can find tributes to his legacy in many different places around the area. One of my favorites is the Mister Rogers Neighborhood exhibit at the Heinz History Center in the Strip District. 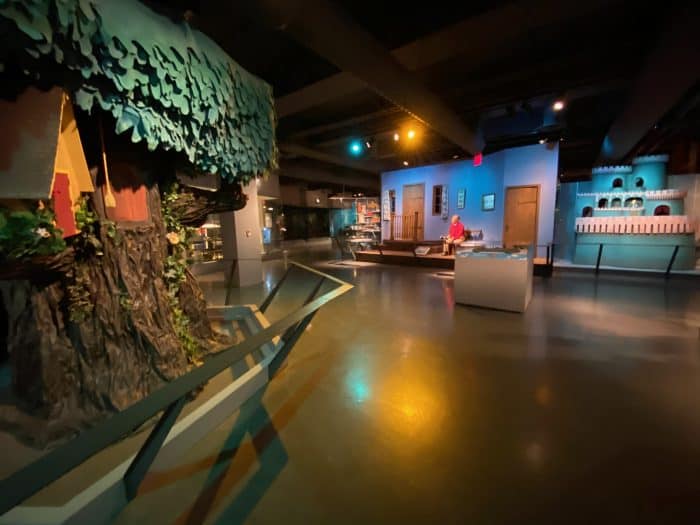 This is one of those exhibits where if you aren’t careful you might miss it. Located on the 4th floor of the museum in the Special Collections Gallery is a very special collection. It’s an exhibit dedicated to Pittsburgh’s own Mister Rogers Neighborhood. 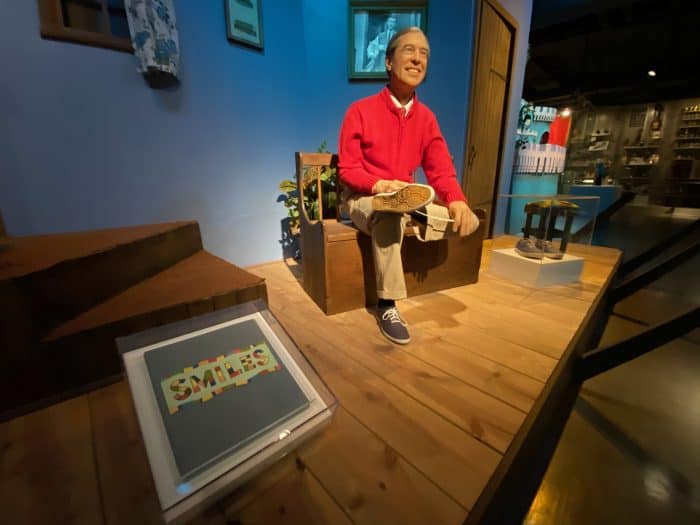 The scrapbook to the left appeared in a 1999 episode in which Mr. Rogers showed viewers the scrapbook which contains photos of his friends smiling.

As you walk into the gallery, the scene immediately takes you back to the days of the TV show. There is Fred Rogers, in his living room, changing into his iconic sneakers. Behind him, a TV screen (you may remember it being called Picture Picture on the show) plays a loop of clips from the first and last episode of the show. 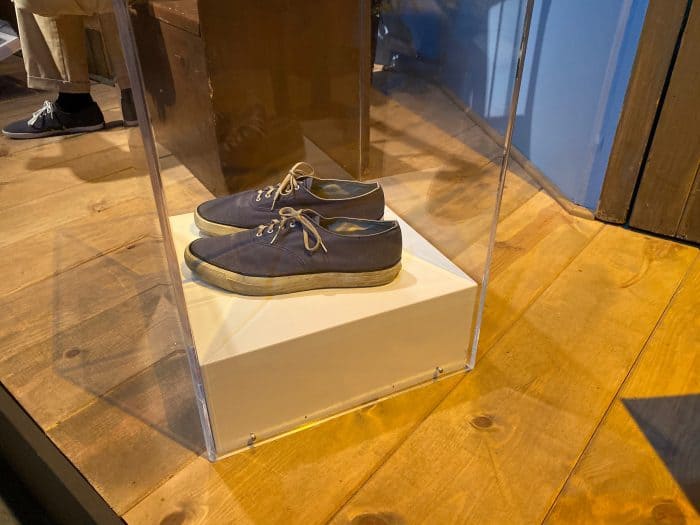 Beside the life-size Mr. Rogers figure is a pair of his Sperry sneakers that were actually worn on the show. These shoes both signaled to kids that the show was a comfortable, safe environment but they also allowed Rogers to move around the set without making noise. 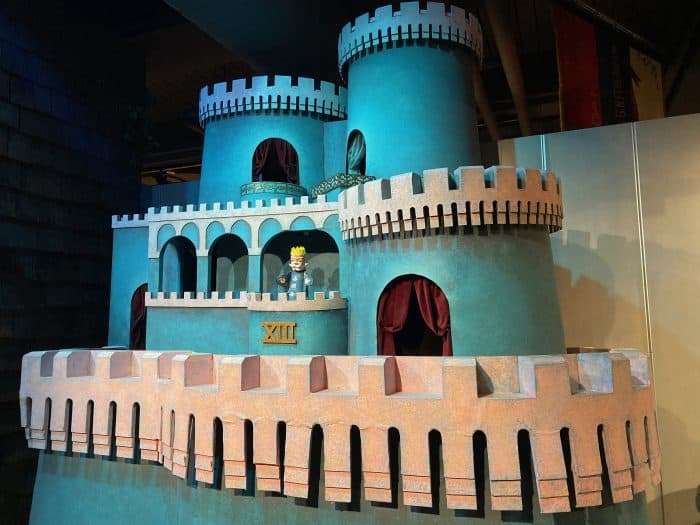 This was the actual castle used by King Friday XIII in the Mister Rogers Neighborhood television show. 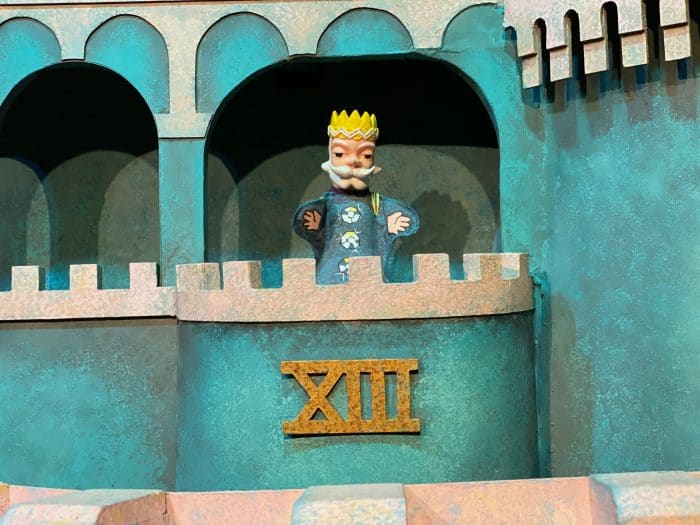 If you are a huge Mr. Rogers fan like I am, you are probably feeling torn as which display to go next. To the right of the Mr. Rogers display is King Friday XIII’s castle and to the left is X the Owl and Henrietta Pussycat’s tree.

These are the actual ones used in the show. 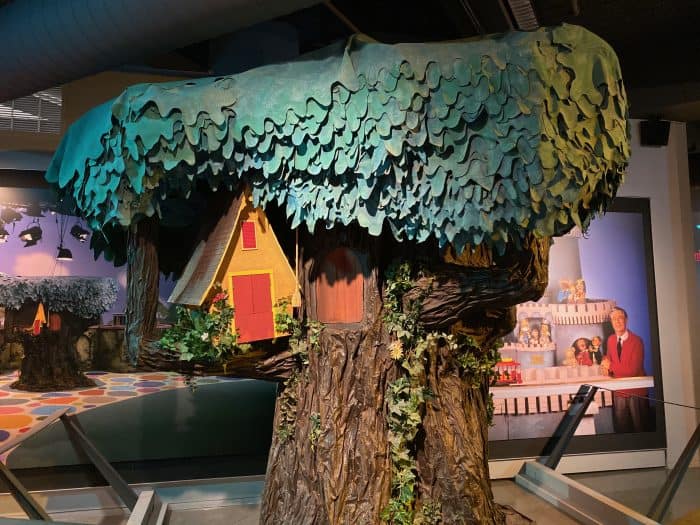 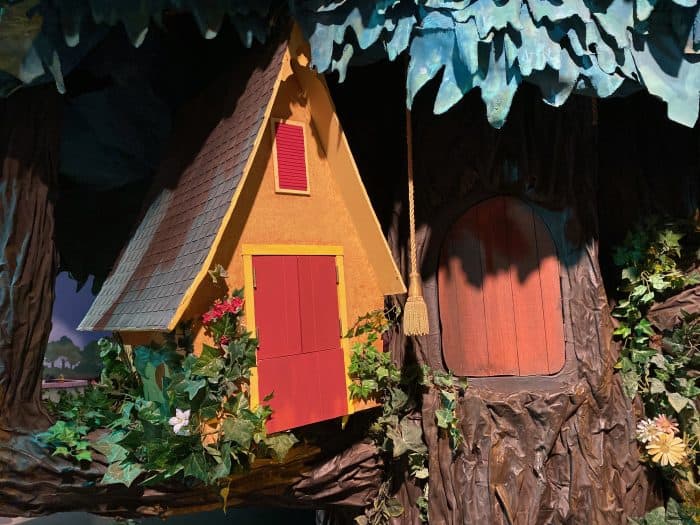 I’ve written about my experience working on the ride version of Mister Rogers Neighborhood at Idlewild and SoakZone so I’ve seen life-size versions of these before but to see the actual ones used in the show is impressive. I kept waiting for the doors to the tree to pop open. 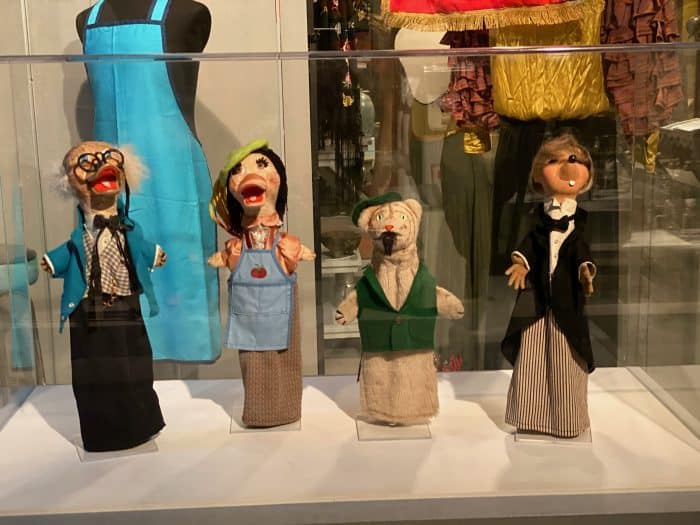 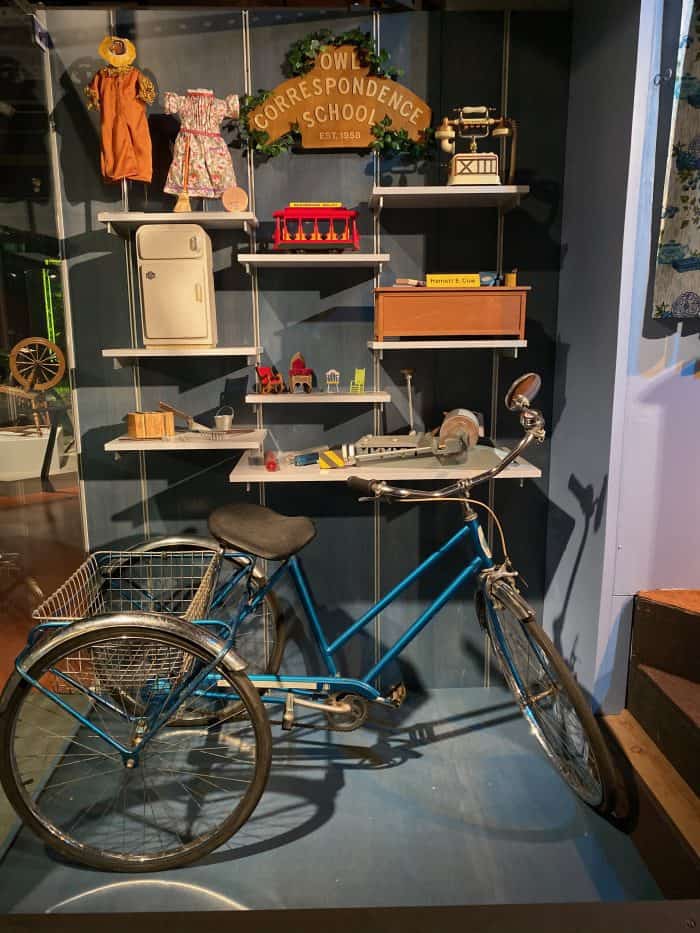 There is also a section with items used within the Neighborhood such as a replica Trolley signed by Fred Rogers, King Friday’s telephone, and Mr. McFeeley’s tricycle. There are also several small rocking chairs, a tool chest, and tools from Corney’s rocking chair factory where he makes Rock-Its.

To see the life-size version of Corney’s factory, be sure to see my post about working on the former Mister Rogers Neighborhood ride at Idlewild Park. 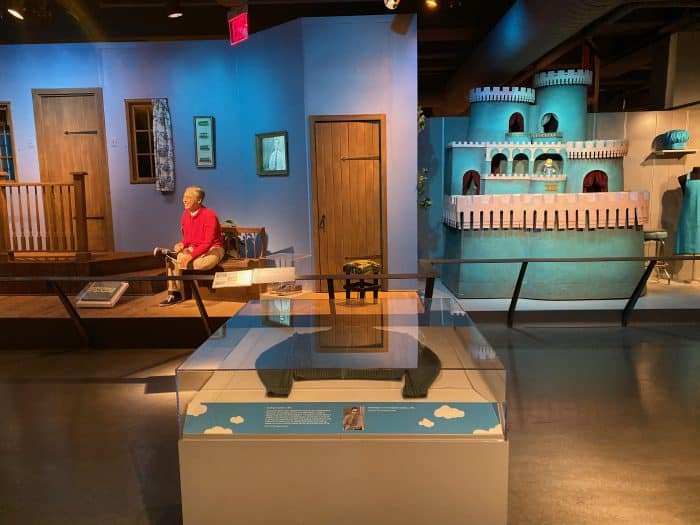 This is one of the many hand-knitted sweaters, made by Fred Rogers mother, that he wore on the show.

The last item, and probably most iconic, is a blue-green sweater which was hand-knitted by Fred Rogers mother and worn on the show.  It has a zipper because it was said it was both easier to put on, and after missing a button in one of his early episodes, he didn’t want to repeat the mistake. 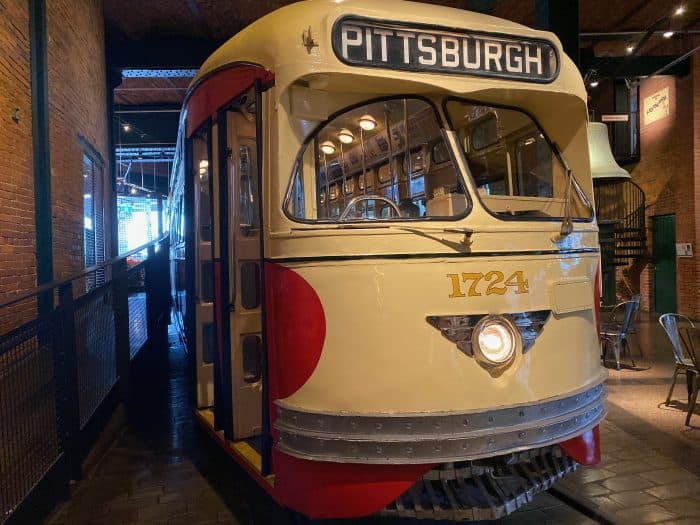 One of the many Pittsburgh-related items that you can see at the Heinz History Center.