Tucked away in a heavily wooded section of Idlewild is a life-size tribute to the late Fred Rogers in ride form. I’m talking about Mister Rogers Neighborhood of Make Believe.

During my freshman year of college in 2003, Mr. Rogers passed away from stomach cancer. I felt a special connection to Mr. Rogers, who was a Latrobe native as I am, not only because we share a hometown but by watching his show I felt that it shaped my childhood. 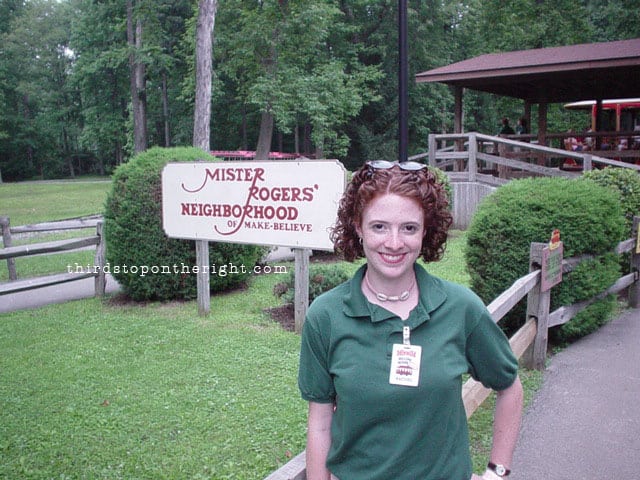 Here’s the funny thing about my connection, and interest in, Mr. Rogers. It didn’t end there. That summer I found myself working at nearby Idlewild and SoakZone and working on, you guessed it, Mister Rogers Neighborhood of Make Believe.

The Creation of the Neighborhood

Fred Rogers grew up going to Idlewild with his parents and sister. He recalled riding the Ligonier Valley Railroad from Latrobe to Ligonier and had fond memories of the experience. So, when Idlewild and Kennywood officials approached him in 1988 about creating a life-size version of the ride, Mr. Rogers thought that Idlewild would be the perfect location. 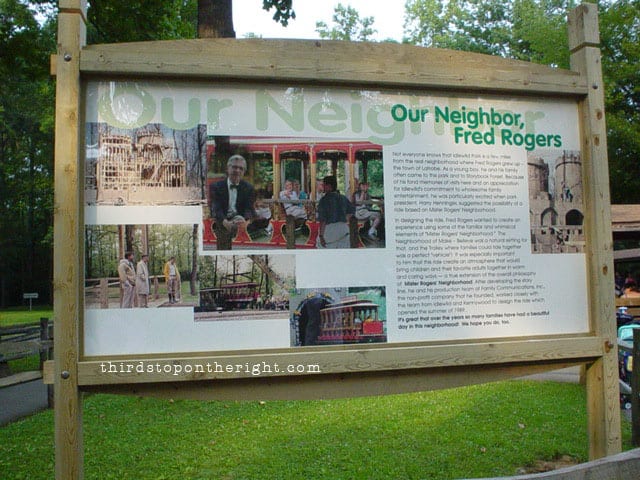 This sign used to stand in front of the Mister Rogers Neighborhood of Make Believe ride at Idlewild. It shows the castle being built and Fred Rogers himself overseeing the construction.

The million dollar ride was more than a year in the making. Idlewild chose the site of its former zoo to place the new ride (There apparently had been rumors that the ride would replace Storybook Forest, thankfully they proved to be unfounded.)

Fred Rogers himself was heavily involved in the process as he wanted the ride to be as close of a replica to the show as possible. He wrote the script for the ride and provided his voice talent for all of the characters – except Prince Tuesday and the Platypus Family (same as the TV show). 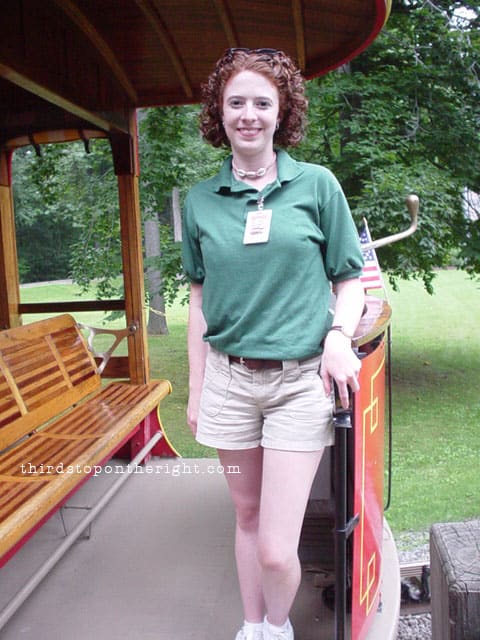 Me in my younger years on Trolley in the Neighborhood of Make Believe.

Visitors to the Neighborhood board Trolley at the station where their tour guide asks the visitors if they are ready to make believe. After passing through a tunnel, the visitors are greeted by King Friday XIII who announces that he is hosting a “Hug-N-Song” party at the castle and tasks the guests on the Trolley with inviting the other neighbors. 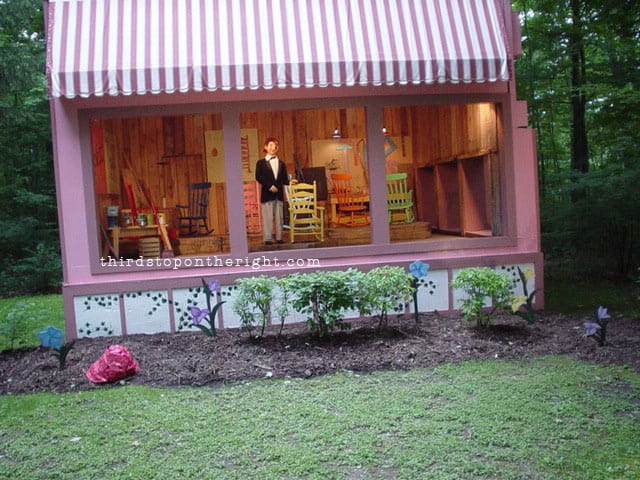 The next stop is at the Rock-It Factory where Cornflake S. Pecially, lovingly known as Corney, is working on his special rocking chair known as a Rock-It. Rock it back and forth, get it? 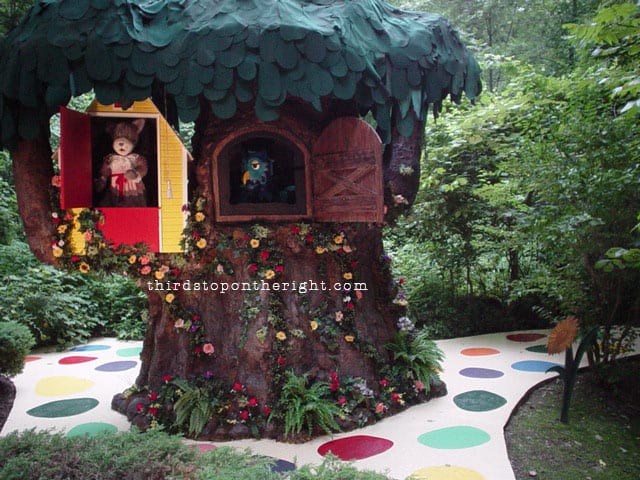 Henrietta Pussycat and X the Owl live in the big tree in the Neighborhood.

Two neighbors live in the tree at the next stop. After calling for X the Owl and Henrietta Pussycat, they too get an invitation to the Hug-N-Song. (By the way, you can see the actual tree from the TV show at the Heinz History Center in Pittsburgh!) 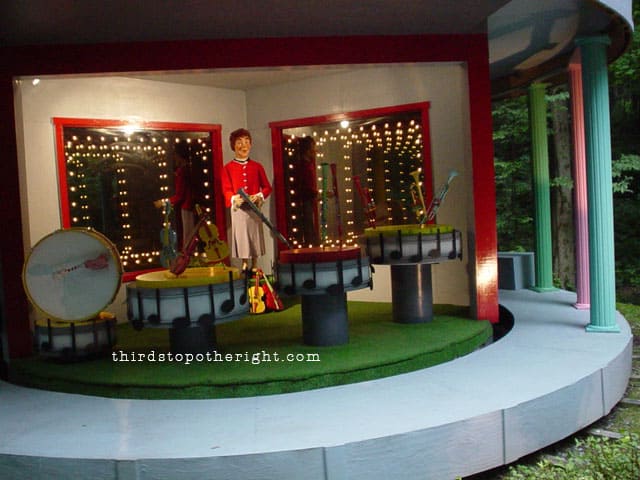 Did you know the instruments inside the museum-go-round are actual instruments?

Have you heard of a merry-go-round? The next stop is at the museum-go-round which is home to Lady Elaine Fairchilde and she is quite the character. Today she is showing off her boomerang, toomerang, zoomerang which she uses to play her instruments remote controlled! Although she is invited to the Hug-N-Song she says she isn’t sure she can attend. She may be too busy. 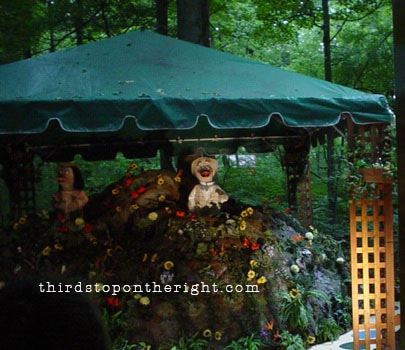 Dr. Bill and Elsie Jean Platypus were two of only four characters not voiced by Fred Rogers.

At the platypus mound, Dr. Bill and Elsie Jean are home so they can be invited, but Ana is at the castle playground with Prince Tuesday. 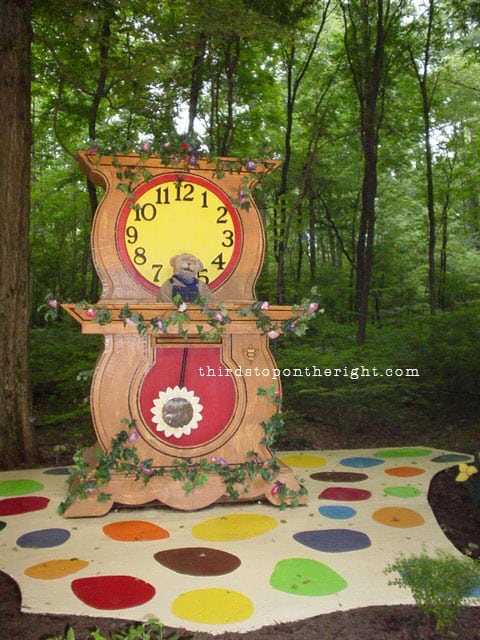 Daniel is a shy tiger so it often takes some coaxing and convincing that those on the trolley are tame in order to get him to come out.

Daniel is a shy tiger so it takes some coaxing to get him to come out of the clock. After assuring him all of the other neighbors have been invited, he says he’ll take a shortcut and meet us there. 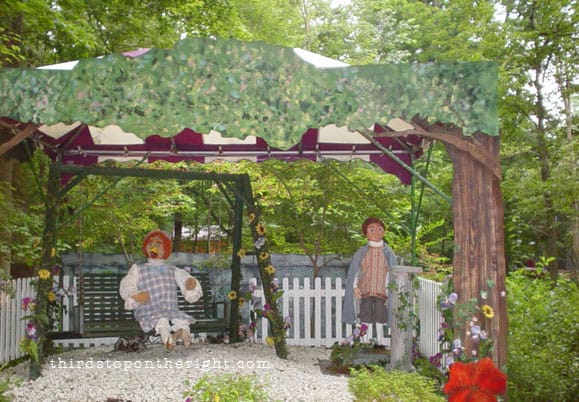 One final stop before returning to the castle is at the castle playground. There, Ana Platypus and Prince Tuesday are found and they direct Trolley to the castle courtyard. 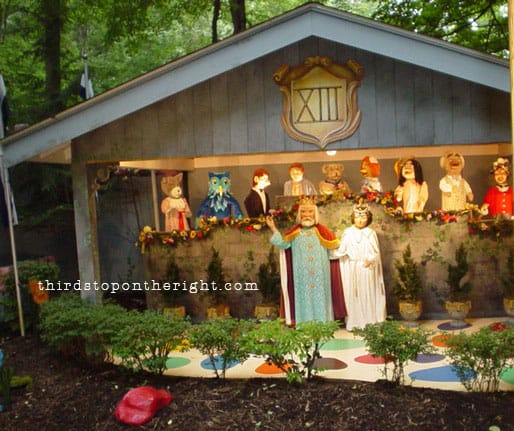 All of the characters gather in the courtyard for the Hug-N-Song party.

Upon entering the courtyard, Trolley and its guests are greeted by all of the neighbors plus King Friday and Queen Sara Saturday. It appears there is a neighbor missing, but Lady Elaine shows up just in time along with her special party hat and remote-control boomerang.

King Friday instructs the guests to hug someone of their choosing and sing “It’s such a Good Feeling” before leaving the Neighborhood of Make Believe. As Trolley heads back to the platform, the guide reminds the guests to daily give someone they love three big hugs.

The opening of Mister Rogers Neighborhood of Make Believe ride was the beginning of a longstanding partnership between Fred Rogers, WQED, Family Communications, and Idlewild. For years afterwards, Idlewild hosted WQED days and Mister Rogers characters appeared at the park.

Sadly, Idlewild’s 2013 season was the last season for the Mister Rogers Neighborhood ride. During the offseason it was announced that the ride would not reopen in 2014, disappointing many locals who wanted one more ride through the Neighborhood.

In 2015, the ride reopened but with a significant makeover. While retaining the framework of the old ride, the new ride was opened as Daniel Tiger’s Neighborhood, a reboot of the original show featuring the children of the original characters.

I’m not sure anything will ever be able to replace the original Mister Rogers Neighborhood of Make Believe, both the ride and the show, but I am glad that Daniel Tiger’s Neighborhood is still appealing to a new generation of kids. 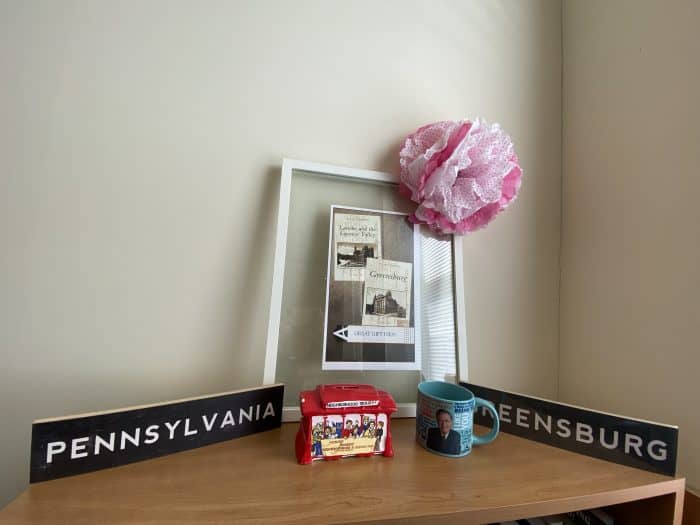 For now, I have my memories of that summer at Mister Rogers Neighborhood at Idlewild. Oh, by the way, even 16 years after that summer at Idlewild and now that I have a “grown up” job, I still have my ceramic Trolley bank I bought that summer on my bookcase at work. I guess it just goes to show that you can never really leave the Neighborhood.

To see some of the actual sets and props from the Mister Rogers Neighborhood of Make Believe television show, be sure to visit the Mr. Rogers exhibit at the Heinz History Center.

I can't believe I didn't know about this. I live in California. Is this place in Idelwild, CA? I let my young son watch Mister Roger's Neighborhood and I see a positive impact that Mr. Rogers have on him. We love his shows and my son is so calm afterwards. Pls let me know if this park is still open or will be open anytime in the future. (see my email below). God bless you and thanks so much for your blog!

Love this!! It is such a wonderful and nostalgic look at a cherished part of my childhood.