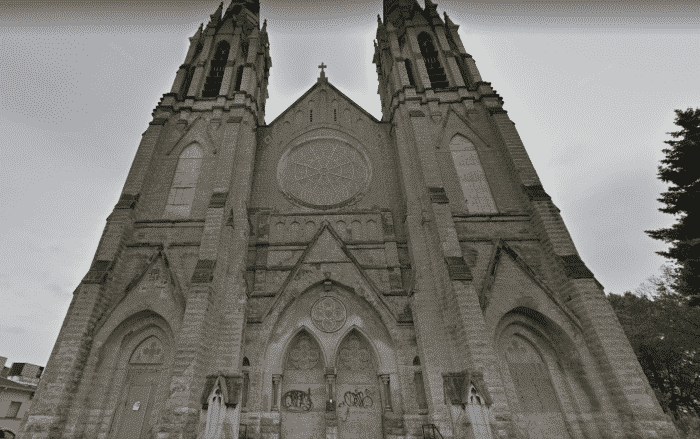 Home Gone, Not Forgotten When It Comes to Historic Preservation We Can Do Better

When It Comes to Historic Preservation We Can Do Better

It is not an uncommon scenario in which populations shrink, causing church closures and consolidations. What is left is a crumbling structure that no one knows what to do with.

As a lifelong resident of Pittsburgh, I have seen the travesties that have occurred in the name of “progress.” Historic buildings such as St. Nicholas Croatian Church have been lost and others such as the Paramount building were narrowly saved — and this is just downtown. Smaller communities all around the city have also been losing historic buildings which ultimately damages the fabric of the community. The thing that gets me most fired up, however, is the loss of historic churches. 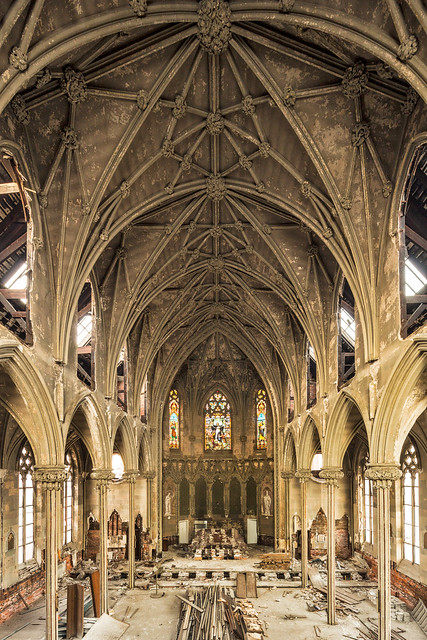 This doesn’t mean that I’m not a realist. I know it is historically difficult to find adaptive reuse for churches, but it clearly isn’t impossible, especially when you look at establishments such as the Church Brew Works in Lawrenceville and Mary’s Vine which is under construction in Rankin. Both churches were originally owned by the Pittsburgh Diocese and are fantastic examples of how a church can be reused while still respecting its history. 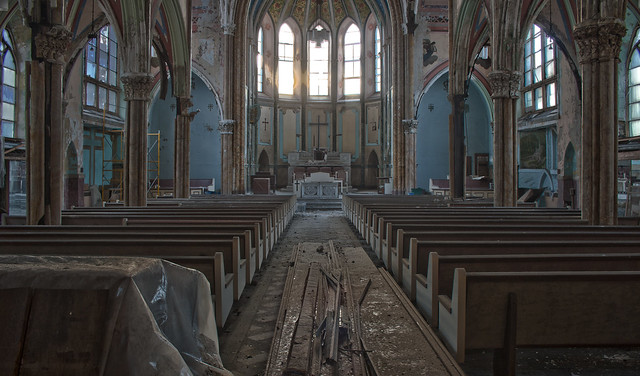 Let’s talk about these churches for a second. Most of these 100-year-old churches were built in working-class neighborhoods with large immigrant populations. At least here in Pittsburg, these individuals were the ones who worked in the blast furnaces, coke ovens, and steel mills. These are the individuals who gave their hard-earned nickels and dimes to build these places of worship. They did it not because they had to, but because they loved their church and their neighborhood so much. 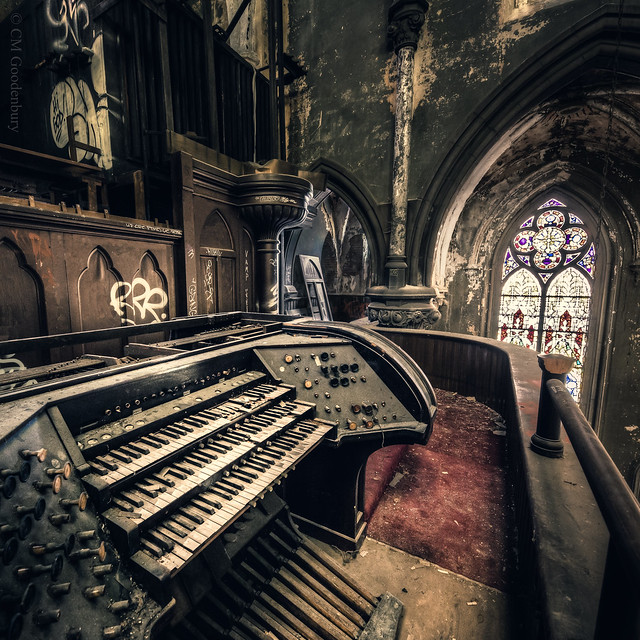 This ushered in an era of imposing churches with soaring spires, rose windows, elaborate woodwork, and marble columns. Over time, however, the population of these immigrant communities shrank, resulting in consolidations and church closures.

What happens next is just shameful.

After the closure of these churches, they are often left to deteriorate — sometimes for decades. If the governing bodies (I’m looking at you Catholic Church) were honest with themselves they would admit that these buildings will never again be used as places of worship. At this point, these buildings should be put up for sale so that a buyer can reuse the building. 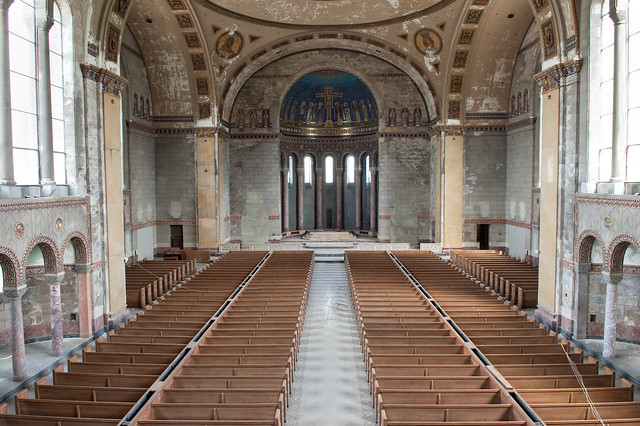 Instead, these buildings sit vacant, more often than not, without utilities and fall victim to the elements, vandals, and neglect. I surmise this is the intention of these governing bodies though. It actually makes a lot of sense. 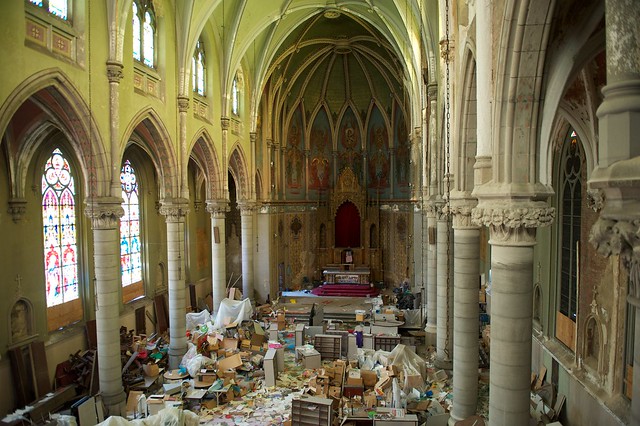 As a religious organization, these churches don’t have to pay taxes as they are non-profits. This means there isn’t a financial consequence to sitting on these shuttered church properties. The owners know that the value of the property (especially in up-and-coming neighborhoods) far outweighs the monetary value of the building itself.

The Saints Peter and Paul Church sits empty and decaying while it is determined what to do with it.

Once pipes are broken, copper scrapped, and windows broken it would be be financially difficult for anyone to rehab the property. The churches then claim that they can’t find a buyer and request that the structure be torn down. Then (shockingly) the cleared property is sold for development for much more than the church itself would have sold for.

The Future of Historic Churches 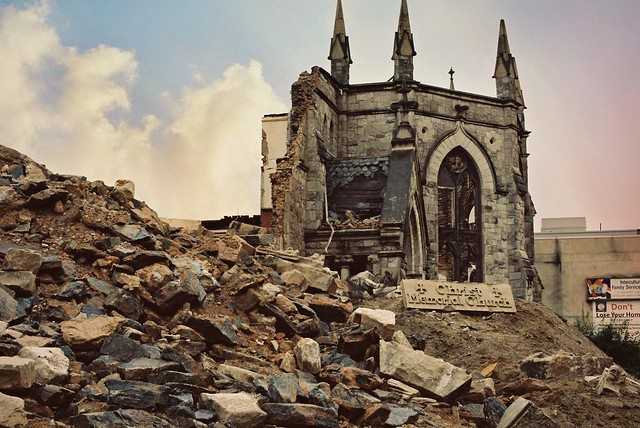 As stewards of the community, churches need to learn to work with preservationists to find adaptive reuse for these churches, while embracing historic designation. While we may not personally know any of the individuals who put their time and money into building these churches, we still owe it to them to help preserve what they had worked so hard to create.

The Church Brew Works is a perfect example of adaptive reuse of an old Roman Catholic Church.

Instead of tearing this church down, it was made into a microbrewery.

In addition, let’s mention the elephant in the room. Once these churches are gone, that’s it. In a cookie-cutter world, these buildings add character to a community. We will never again see that level of beauty and craftsmanship put into a building. We are not only erasing our history but we are also erasing what makes us unique.

Instead of fighting historic preservation, churches need to embrace it and stop looking for ways to make a dollar. We all can do better.

The steady deterioration and demolition of sacred spaces is tearing the heart and historic fabric out of neighborhoods. However, taking an adversarial approach and combative posture towards organized religion, even the embattled Catholic Church, is not constructive. The Pittsburgh diocese will be consolidating and/or closing over 100 parishes in the near future. This will most certainly mean an increase of church closings. More vacant buildings.
A more effective approach might be to offer the Catholic Church an opportunity for positive public relations stories. To advise the diocese on procedures and practices that could be implemented in order to properly maintain and preserve the properties until a decision is made about their future.
There’s no doubtV corruption and petty politics caused the heart breaking demolition of Saint Nicholas Church on 28 and other sacred spaces in Pittsburgh.
As preservationists we must work to build relationships with property owners and developers – religious and secular- to develop plans that secure stewardship of historic buildings for future generations.