It is often easy to forget how things once were. In an era of cars and planes, we tend to forget that once upon a time people had to rely on horses and trains for their modes of transportation. While the Greensburg train station still plays a prominent role in town, the city’s equine history is often forgotten. This is especially true since the last (and at one time, largest) livery stable in Greensburg, the Coshey Livery Stable, was torn down in 2003.

The Beginnings of the Coshey Livery Stable and Mortuary 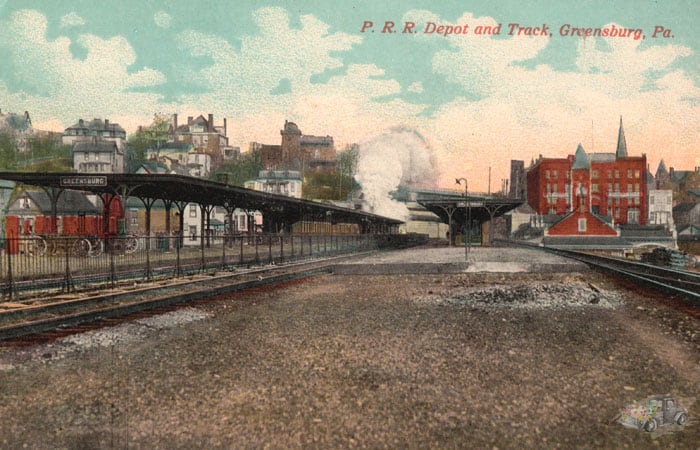 The red brick livery stable can be seen behind the clocktower of the train station on the right of the card. 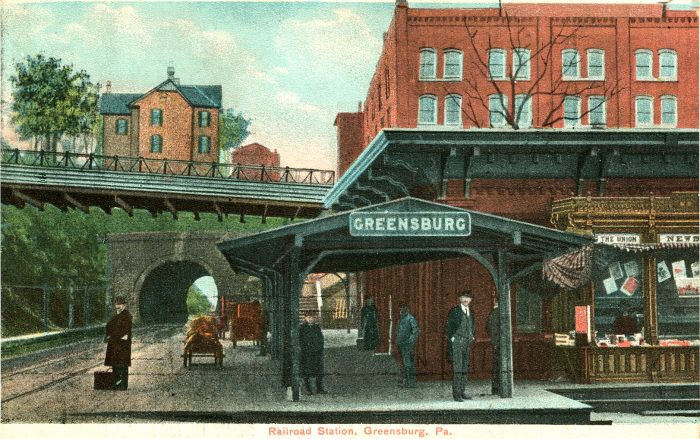 The Coshey Livery Stable is the red brick building on the right of the card.

It might seem odd to mix horses and undertaking but that was exactly what Harry S. Coshey did. An avid horseman, but also trained in the business of undertaking, Coshey built his three-story livery stable and mortuary business along Pennsylvania Avenue and Tunnel Street in downtown Greensburg. A large sign reading “H.S. Coshey and Sons, Funeral Director” hung on the roof of the building. While the Coshey Livery Stable wasn’t the only stable in town, it was one of the largest. 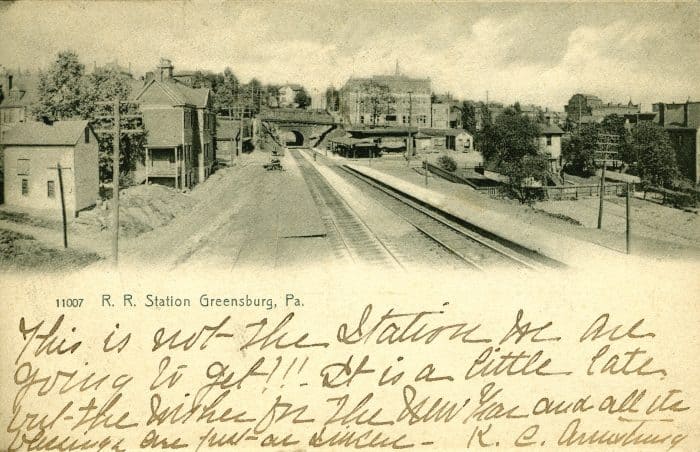 Another view of the Coshey Livery Stable behind the train station. 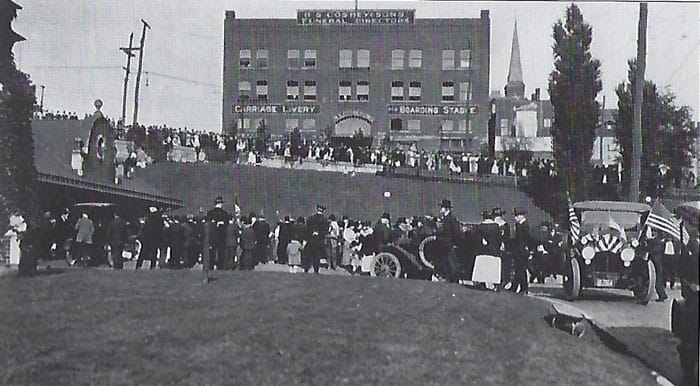 A send-off for troops going to war at the train station. The Livery Stable can clearly be seen on the hillside in the background. (Image from the Images of America: Greensburg book)

The building was red brick and measured ninety feet by one hundred twenty-five feet. The first floor consisted of a morgue and undertaking offices, primarily because it had close proximity to the street. It also had room for twenty-five horses for hire and the ability to board fifty to seventy-five additional horses. In addition to the horses, Coshey also owned ten closed carriages to be used for funerals as well as three horse-drawn hearses. The Greensburg Volunteer Fire Department housed their Seagrave pumper in the stable. 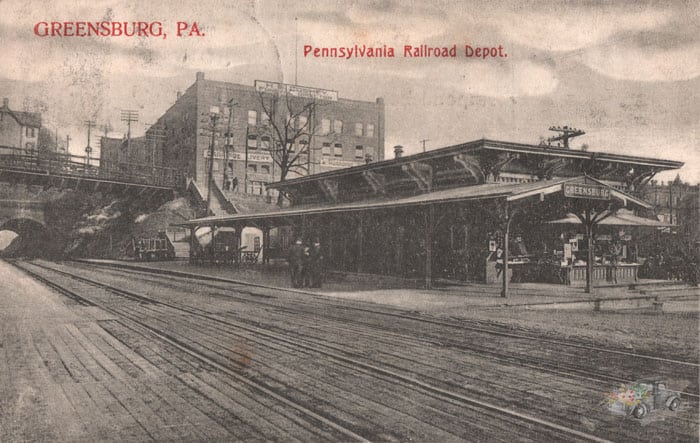 The “H.S. Coshey” sign can been seen on the building in this card. 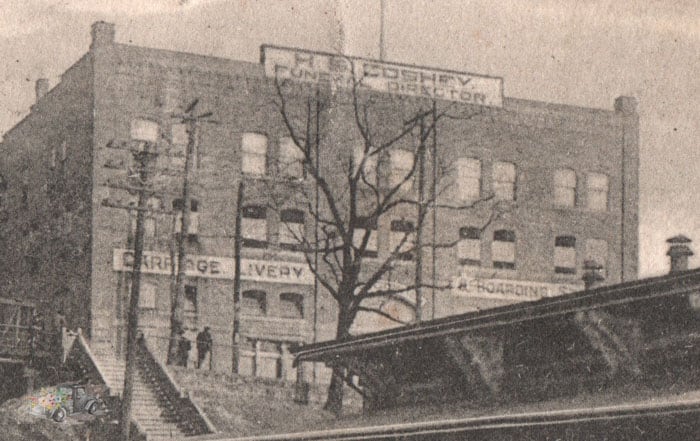 The livery stable stayed in the Coshey family until 1956.

After the stables were sold, the building was used the Advanced Furniture warehouse for many years until Advanced Furniture closed. After that, it was vacant for many years and began to fall into disrepair. By the early 2000s the roof had collapsed and the walls of the structure began bowing out. In an emergency situation, the city ended up having to tear down a portion of the building before ultimately demolishing the entire structure in 2004.

The Coshey Livery Stable was located across the street from my dad’s office. I always thought it was interesting, but it wasn’t until my dad told me what the history of the building was that I really became interested. In fact, before the building became completely unsalvageable my dad took a tour of the building. He said that there were square holes in the floor which were used for dropping bales of hay to the floors before. I wish I would have had the opportunity to see it. 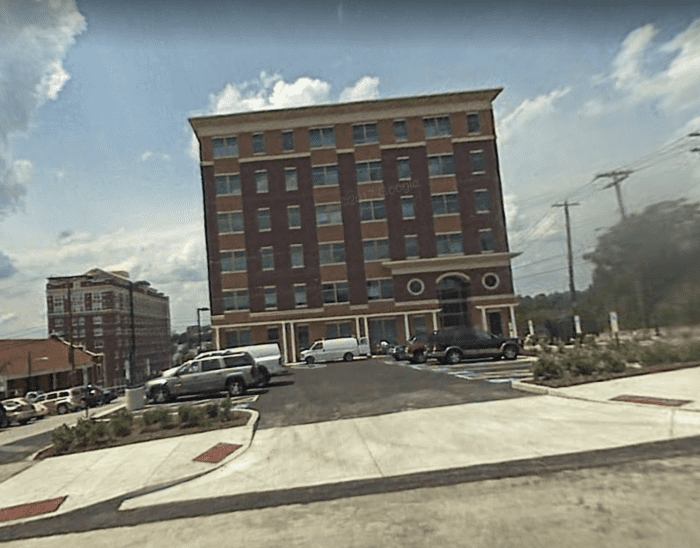 What the site of the old Coshey Livery Stable looks like today.

There aren’t many pictures of the stable in its later years, in fact I wasn’t able to find any pictures from recent years. After the demotion of the livery stable, the city sold the property to be used as a state office building with no trace of what once was.

The Rise and Fall of Westmoreland Glass Company