White Swan amusement park opened in 1955 on the border of Moon and Findlay Townships outside of Pittsburgh. In fact, it was only 1 1/2 miles south of the old Greater Pittsburgh International Airport (this is important later).

The Mad Mouse can be seen in this early White Swan Park advertisement.

The park was operated by Roy Todd and Margaret Kleeman, a brother and sister, who built the park along with Kleeman’s husband. The first year, the park had seven rides including a merry-go-round, train, and airplane ride. There were no white swans, however, despite the park’s name.

While not as large and popular West View and Kennywood Parks, as a suburban park it was still important when it came to the growth of the community. It was also an ideal venue for corporate and union picnics. The park was primarily a park for younger children as many parks were in the 1950s. These parks were developed in response to the post-war baby boom. While small in size, it was seen as more convenient for an afternoon visit than its larger contemporaries.

When it comes to amusement parks, I am always interested in two things — rollercoasters and dark rides. While White Swan didn’t feature any dark rides, the park did have two rollercoasters — the Mad Mouse and the Galaxi.

A view of some of the former White Swan Park amusements.

In addition to the coasters, 6 other rides were eventually added to the park including a Sport Shooter, Scrambler, Ferris wheel, Tilt-A-Whirl, Giant Slide, and miniature golf course. The miniature train was touted as “the longest train ride in the Tri-State.” There was also a midway which included games, refreshments, picnic shelters, and a Skee Ball building.

The End of White Swan Park

The 1980s were tough times for the amusement park industry as at least half of the parks in the state closed during those years. White Swan was one of those.

After operating for 34 years, the park closed at the end of the 1989 season when the park was demolished in order to relocated Route 60 to make easier access to the Greater Pittsburgh International Airport. The Pennsylvania Department of transportation, who bought the park, apparently offered to relocated it but the owners felt that it was time to be done. PennDOT purchased the park for $3.76 million for the land and $975,000 for the rides, buildings, and equipment.

After the closing of the park, it began being dismantled. The rides were sold at auction with the Mad Mouse going to Lakemont Park in Altoona; the Galaxi going to Lubbock, Texas; and the Tilt-A-Whirl going to Knoebels Amusement park in Elysburg. An auction was held in 1990 for anyone who wanted a piece of the parks history — as long as you could carry it away with two hands, that is. The auction raised a total of $375,000.

After the park was dismantled the bulldozers were brought in and the grounds were redeveloped for the relocation of Route 60. The White Swan Park area became the Southern Expressway’s connection to the airport parkway.

While the White Swan Amusement Park is now only a memory, the park will live on in the hearts and minds of those who once loved it. 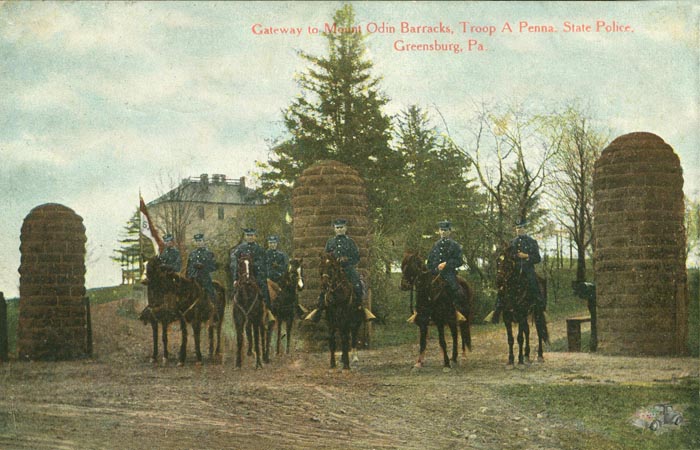 ← Previous
The History of Greensburg's Mt. Odin
Next →
A Horse and a Funeral: Coshey Livery Stable in Greensburg PA
Click here to cancel reply.

Have you done any research on the Rainbow Gardens amusement park in White Oak, PA? (near MCKEESPORT PA. Not far from Rainbow Gardens was another park called Olympia. They are both now shopping centers. Rainbow also had a pool and a drive in movie theater. Not sure about Olympia.