*On January 2, 2022 “Devil’s Den Tom and his wife Arlene announced that they were stepping down as being the ride’s volunteer caretakers. No further details were provided but the tone of the Facebook post did not sound promising for the Devil’s Den remaining at Conneaut Lake Park.*

I’m painfully aware of the changes that have been taking place at Conneaut Lake Park this past year, and tonight I just saw even more troubling news regarding another one of the park’s most iconic rides — the Devil’s Den. With the loss of the Tumble Bug, the future of the Blue Streak bleak, and now this news about the Devil’s Den I decided to take a moment to take a look at the Devil’s Den as this may be my last chance.

The first (and sadly, only) time I went to Conneaut Lake Park it reminded me of an old-time park and although I knew it was struggling financially, I was smitten with its collection of rare rides — including the Devil’s Den. 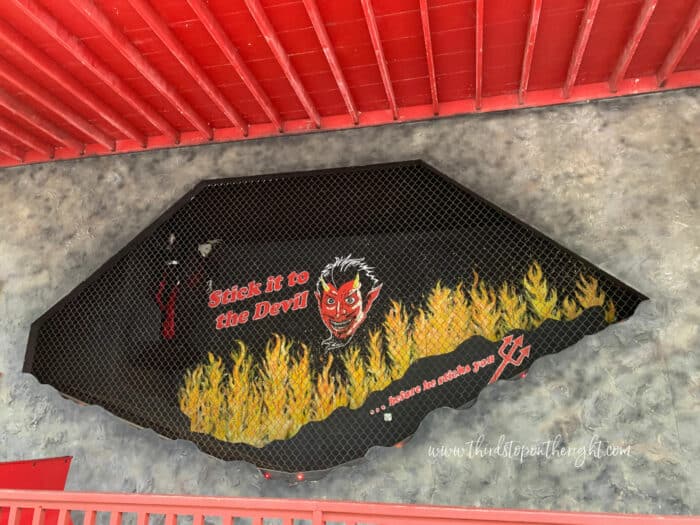 With the slogan “Stick it to the Devil before he sticks it to you,” Devil’s Den is a dark ride manufactured by the Pretzel Amusement Ride Company and was installed at Conneaut Lake Park in 1968. Although not as old as some of its Pretzel Ride predecessors, Devil’s Den has stood the test of time and is now one of only two known Pretzel rides remaining. 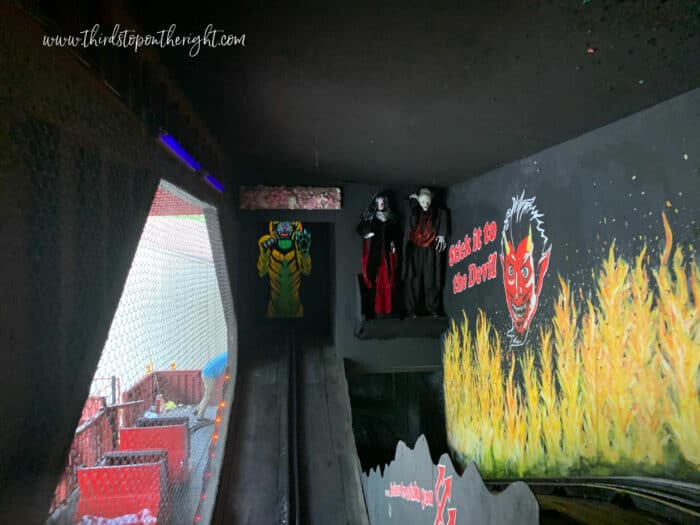 This shot shows the lift hill of Devil’s Den (right) and the drop (left) as well as the loading area.

The ride features a chain-driven lift hill in which the operator manually pushes the car to in order to catch the chain. From the top of the lift hill the car then runs entirely on gravity, and even features a drop. This has led to the debate of whether Devil’s Den is strictly a dark ride, or could it also be considered a roller coaster? 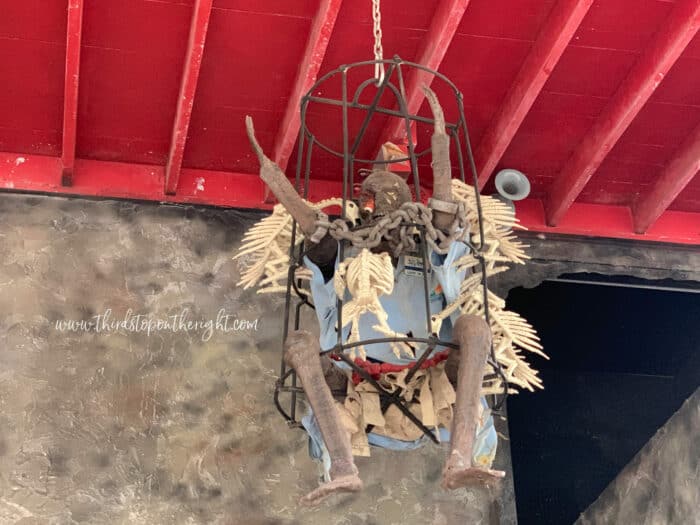 A skeleton in a cage is one of the props that greets visitors outside the ride.

Similar to the Bill Tracey dark rides of the same era, Devil’s Den draws on gruesome props, glowing sets, strobe lights, unexpected twists and turns, and other gags to make for a unique experience. 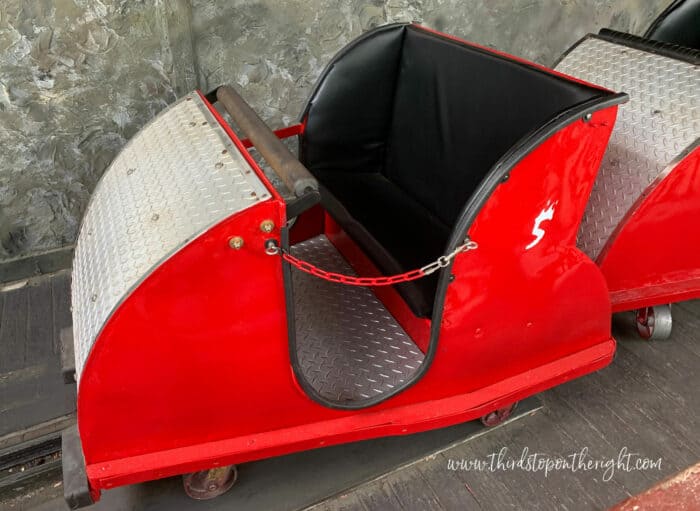 Although these cars don’t have the signature pretzel on the front to act as counterbalances, the cars are authentic Pretzel Ride cars.

In 1993, the ride underwent a re-theme and name change. It was renamed to Dr. Moriarity’s Wild Ride and the exterior of the ride was changed. However, in 2001 it returned to being Devil’s Den and volunteers even found the original ride sign underneath a hidden trap door.

As I said before, this is one of only two Pretzel Rides left in existence. The other is located at Camden Park in West Virginia. With the future of Conneaut Lake Park so uncertain, I would suggest that if by some miracle Devil’s Den does reopen in the summer of 2022 that you should make it a priority to ride it!

If you are looking for an additional historic dark ride experience while you are in Northwestern Pennsylvania, be sure to check out the not one, but two, Bill Tracey dark rides at Waldameer Park in Erie!