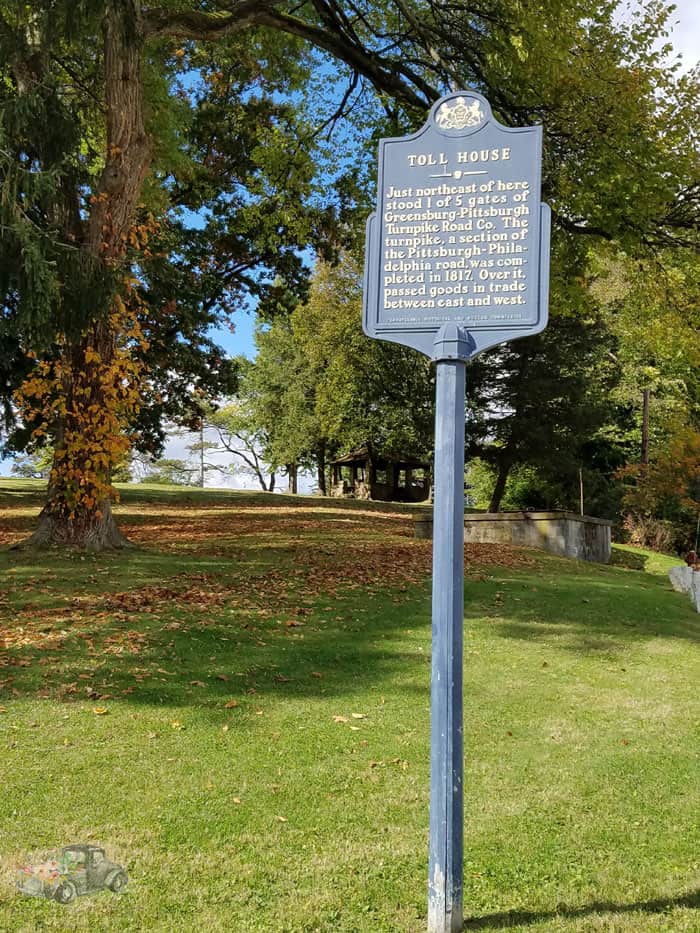 Home Gone, Not Forgotten The History of Greensburg’s Mt. Odin

The History of Greensburg’s Mt. Odin

Many people in Greensburg think of golf when they hear the name Mt. Odin. While many people love the park for its golf course, there is so much more history to the property. When you visit the Mt. Odin park, it belies the fact that the history of the property dates back almost 200 years and involves a tollgate, a president’s personal secretary, an estate, and the state police.

Origins as a Tollgate

Mt. Odin is located at the top of the hill on Tollgate Hill Road in Greensburg. What many people don’t realize is that the road was given its name because it was once the location of an actual tollgate.

Just Northwest of the historical marker along the old Lincoln Highway stood one of five tollgates along the Greensburg-Pittsburgh Turnpike. Not to be confused with the Pennsylvania Turnpike, which was constructed much later, this part of the Pittsburgh-Philadelphia road was completed in 1817. It is now part of the historic Lincoln Highway. In fact, there is another tollgate market located on East Pittsburgh Street.

While the tollhouses are long gone, these markers serve as a reminder as to how vital Greensburg was to interstate travel as well as the transportation of goods.

The park at Mt. Odin originated as the state of Dr. Frank Cowan. Cowan was born in Greensburg in 1844. He studied both law and medicine and even acted as President Andrew Johnson’s personal secretary for managing land patents. After spending time in Washington, Cowan returned to Greensburg, married, and opened a law and medicine practice. He even cultivated an experimental farm on the property. After the death of his wife and infant son, Cowan himself became ill and sought relief by traveling the world.

In 1905, Cowan died in Greensburg and was buried in St. Clair Cemetery. His estate at the top of Tollgate Hill was donated to the City of Greensburg to be used as a park named Mt. Odin (a reference to his love of Viking lore). The Mt. Odin golf course clubhouse is named after Cowan.

The Estate is Used for the State Police

At the time the primary role of the State Police was to offer police protection to rural areas where no organized police force existed. After the formation of Troop A, the State Police decided to house their barracks at the newly donated estate of the late Dr. Cowan.

In these pictures, you can see the domed pillars lining the driveway which can still be seen today. These pillars also show up in a variety of other photos of the State Police and are a great way to remember what the land was once used for.

The barracks building, Cowan Cabin, and most of the other buildings located in this aerial photo are no longer standing.

While the State Police barracks were located at Mt. Odin, the horses were located in the stables located at the polo grounds (present day Lynch Field). Obviously, having the horses across town was not an ideal situation, so in 1913 Troop A decided to move the barracks.

After the State Police moved their barracks, the Cowan estate was used to create a community park. The buildings were torn down in order to make way for a golf course and a playground. Eventually the playground was removed.

So, next time you are playing a round of golf at Mt. Odin, you will know what the property once was and what once looked like.

Keeping All of My Cats Healthy Through Every Stage

I grew up in Mount Odin Heights, bordering on the golf course. We spent many, many enjoyable hours having picnics, playing at the playground, hiking to the “back park” when we felt adventurous, gathering leaves in the fall for science projects … in fact, I got engaged sitting in the car in the rain at the park. So, so many wonderful memories!!