Tucked along a back road in Butler County is a cemetery that time has almost all but forgotten. In fact, if you didn’t know it was there you would probably drive right past it.

This cemetery is known as Black Cross Cemetery or Wooden Cross Cemetery, this wooded area is actually the unmarked final resting place of hundreds of souls for over 100 years.

A white memorial marker is the only reminder of what is a mass grave for influenza victims.

The year was 1918 and the influenza pandemic was ravaging Western Pennsylvania. Pittsburgh recorded the highest death rate of any major city in the nation. In rural areas such as in Winfield Township, Butler County, where the cemetery is located, the virus spread quickly through the large immigrant populations.

This area was home to a limestone mine (where employees from Yellow Dog Village worked), a sand plant, a brick yard, salt works, and a tile works. Many workers were Polish or Slovakian and close living conditions allowed the flu to spread unchecked and the high death toll necessitated speedy burials. 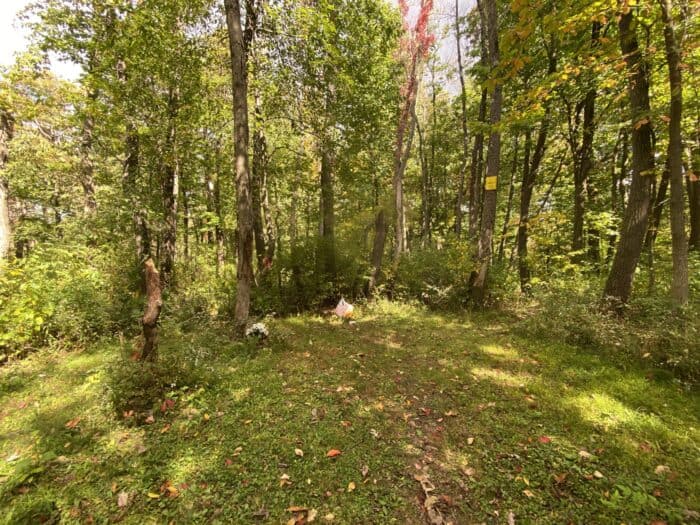 Several small memorials at the back of a clearing are all that remains to remind us of the souls that were buried in the cemetery.

According to local legend, while on its way to bury the dead in a local Catholic cemetery in Coylesville, a wagon loaded with bodies became stuck in the mud. When the wagon was unable to be freed, a local farmer donated a piece of land to create a mass grave. Bodies were buried in the field, unmarked, by the hundreds, over the course of the pandemic. A large cross made of railroad ties was erected as a memorial and to mark the spot. This cross gave the cemetery its name. 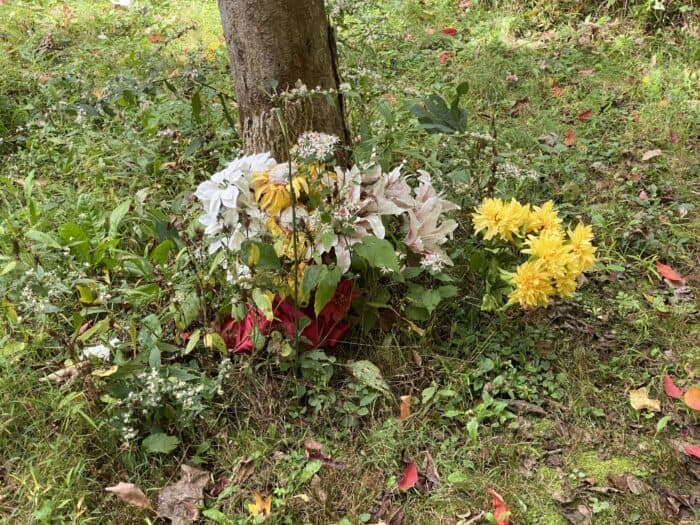 By the time the pandemic subsided in November 1918, the Black Cross Cemetery was the final resting place for hundreds of individuals — all whose name’s are lost to time. 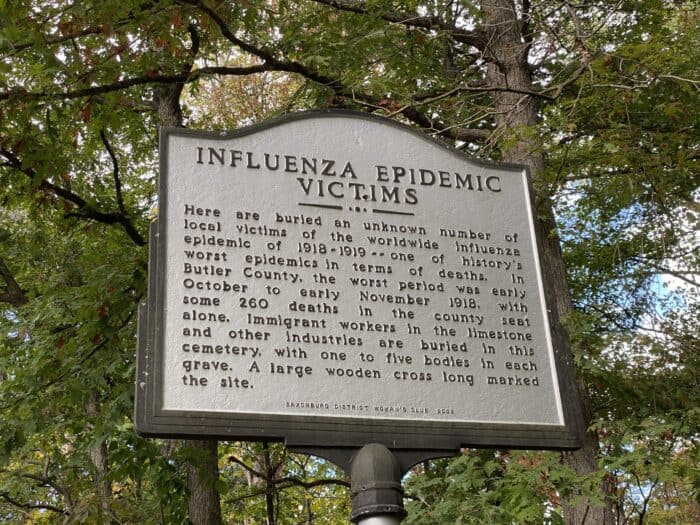 This memorial marker replaced the wooden cross in 2002.

The original wooden cross remained until 2002 when it was replaced by a new, permanent memorial. The new white metal memorial was erected by the Saxonburg District Women’s Club reads:

Here are buried an unknown number of local victims of the worldwide influenza epidemic of 1918-1919 — one of history’s worst epidemics in terms of deaths. In Butler County, the worst period was October to November 1918, with some 260 deaths in the county seat alone. Immigrant workers in the limestone and other industries are buried in this cemetery with one to five bodies in each grave. A large wooden cross long marked the site.

If you happen to be in the area, particularly if you are visiting Yellow Dog Village (which is only about 10 minutes away), visiting the cemetery is an interesting stop, particularly in light of the current pandemic situation. It is located on a back road and is easy to miss if you don’t know it is there. 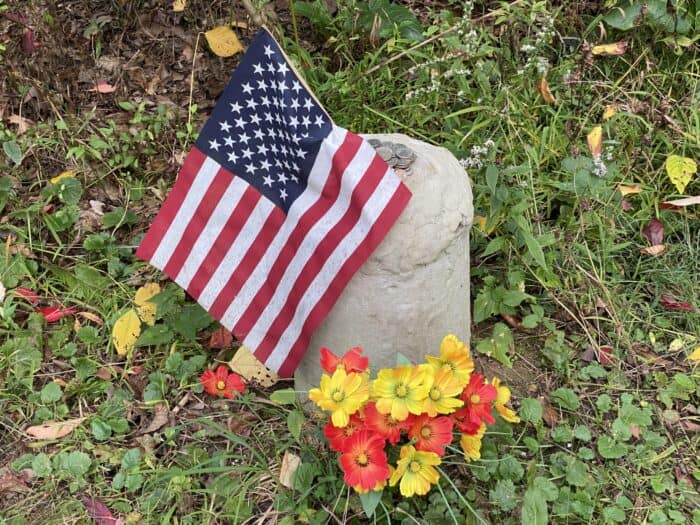 The former holder for the cross. 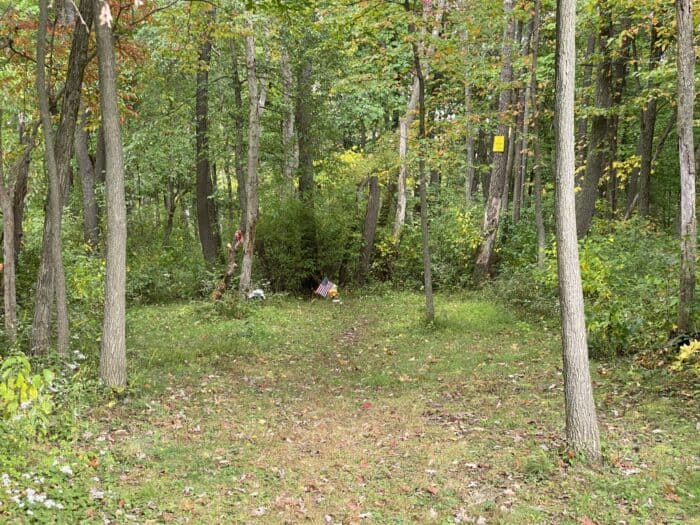 Once you see the white roadside marker, there is a small pull-off space and an opening in a grove of trees. At the back of the clearing is a small concrete holder. This is what once held the cross. There are also several additional makeshift memorials.

This cemetery is a sobering reminder of the past and a way to learn for the future.