It’s a tragic story that’s steeped in mystery and whispers of foul play. The incident happened 165 years ago, but the echos of the Lost Children of the Alleghenies still linger. 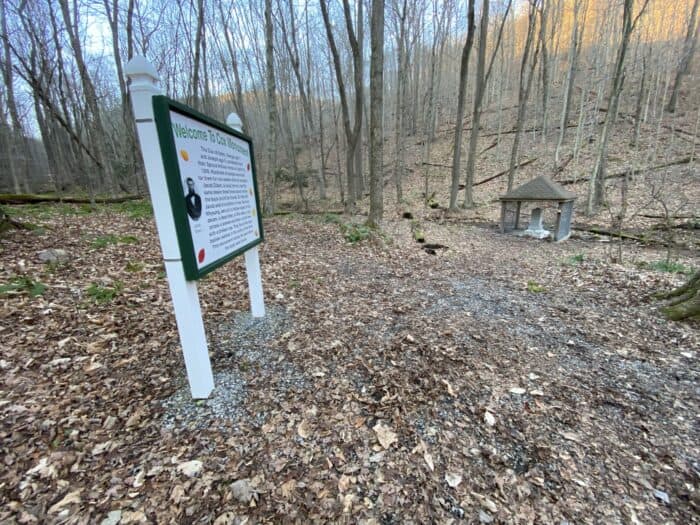 Approaching the Lost Children of the Alleghenies monument.

On April 24, 1856 George and Jacob Cox went missing. The children, ages 7 and 5, were the sons of Samuel and Susannah Cox. The boys had apparently gotten lost when they attempted to follow their father into the woods. 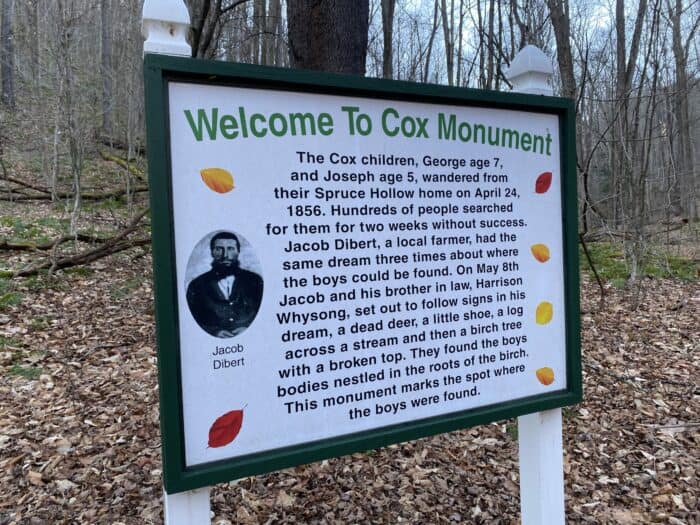 More than 4,000 people searched the area near the boys’ home in Pavia, Pennsylvania. The searchers called for the boys, but 10 days passed with no sight of them. It was then that Jacob Dibert had his dream. In the dream, he dreamed he was looking for the boys and encountered some specific scenes. These scenes included a dead deer, a shoe, a large stream with a beech log across it, a ravine, and ending with a birch tree.

Initially, Diebert told no one but his wife. After having the dream two additional nights, Diebert also confided in his brother-in-law, Harrison Whysong. Diebert lived about 10 miles from where the Cox children disappeared so he didn’t recognize the scenes in the dream — but Whysong did.

Despite recognizing the area, Whysong didn’t think the children could have made it that far — nor could they have crossed Bob’s Creek which was quite high that spring.

Undeterred, Fiebert convinced Whysong to search and after they set out they began finding everything just as Diebert had seen it in the dream. When the men came to the birch tree, they braced themselves for what they knew they would find. There, in the roots of the tree, were the bodies of the two boys.

Searchers hadn’t searched the area on the east side of the stream because no one supposed (as Wysong also assumed) that they boys could have crossed the stream without drowning. This eventually fueled speculation of foul play with suspicion falling on the parents, although how exactly the boys went missing remains a mystery to this day. 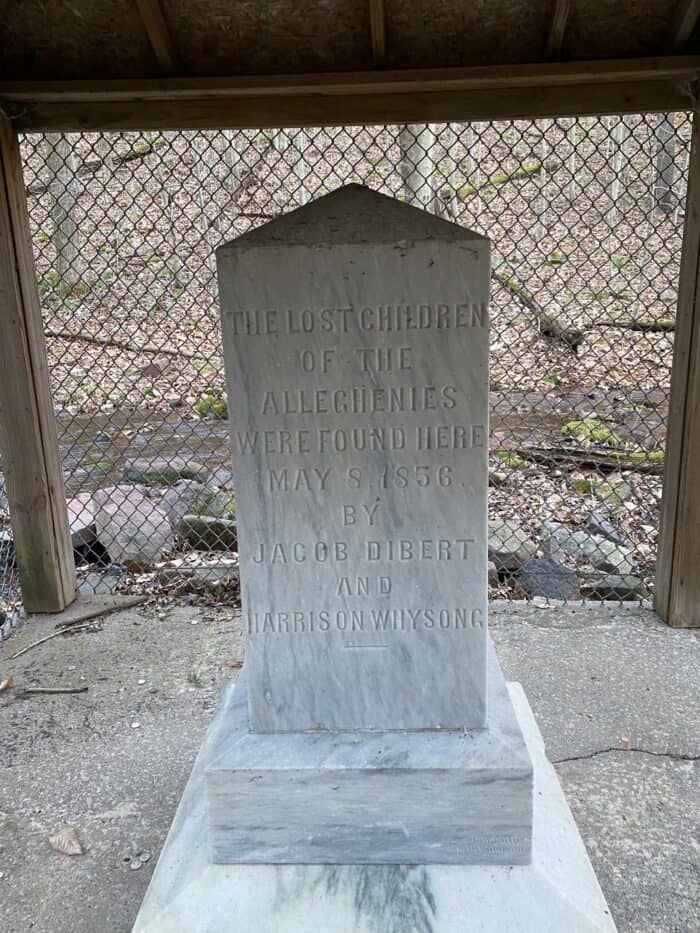 Inscription on the Lost Children of the Alleghenies Monument

In 1906, to mark the 50th anniversary of the boy’s mysterious death, the community began raising money for the Lost Children of the Alleghenies monument. In 1910, the funds had been raised and the monument was erected at the site where the boy’s bodies were found.

In present day, the monument has been enclosed with fencing in order to prevent vandalism. Visitors often bring items such as toys and stuffed animals to leave at the site.

How to Get to the Lost Children of the Alleghenies Monument 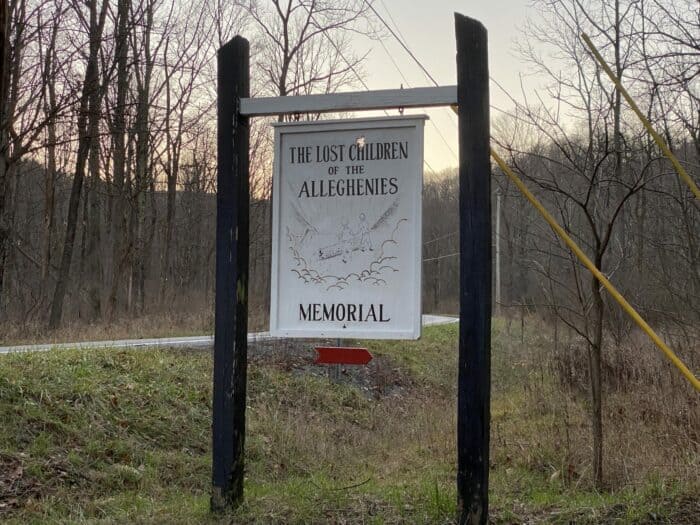 This is the sign that marks the road you will turn off on.

The road to the Lost Children of the Alleghenies Monument is mostly dirt and gravel, and don’t expect cell service. You can reach it from Route 869 and following Monument Road for almost two miles through state park forest. 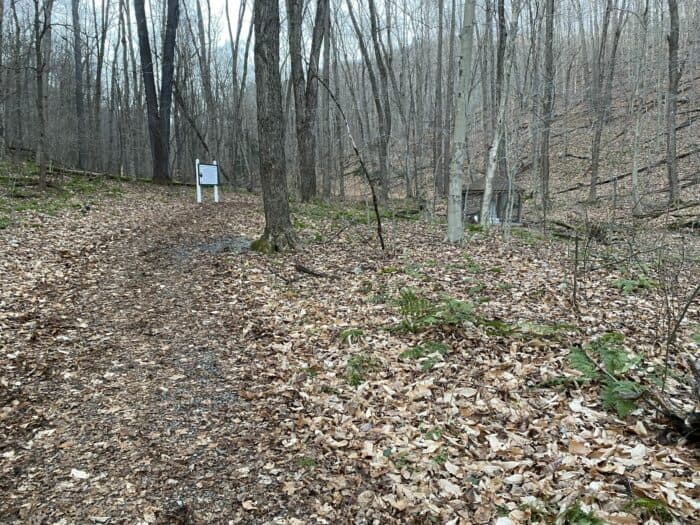 You will come to a parking lot and from the lot it is a short walk back through the woods to reach the monument. 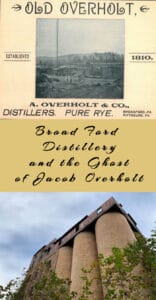 I think the two men killed these two kids.