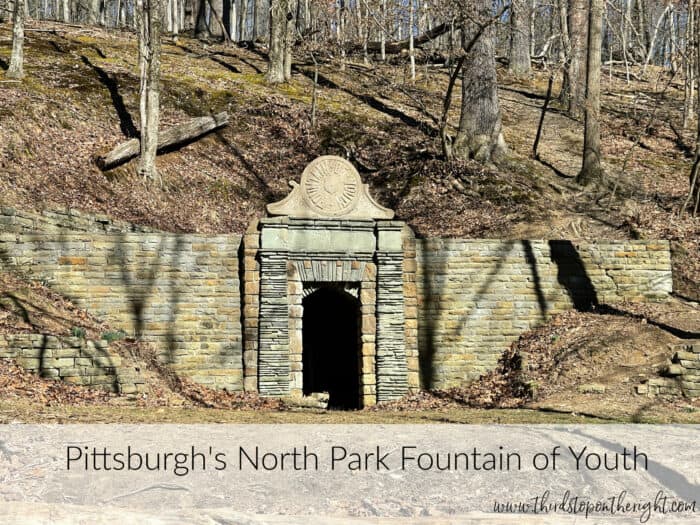 What would it be like to stay young forever? Or maybe just to rewind 10 or 20 years? Would you do anything differently? Society has been obsessed with reversing time pretty much since the beginning of time. This is why when you see a stone structure marked “Fountain of Youth” along a road outside of Pittsburgh’s North Park it might make you look twice.

On this particular Saturday in mid-March the boys and I were having cabin fever so we decided to take a day trip to see a few sites at Pittsburgh’s North Park. North Park is located in Allison Park which is in McCandless Township outside of Pittsburgh.

History of the Fountain of Youth 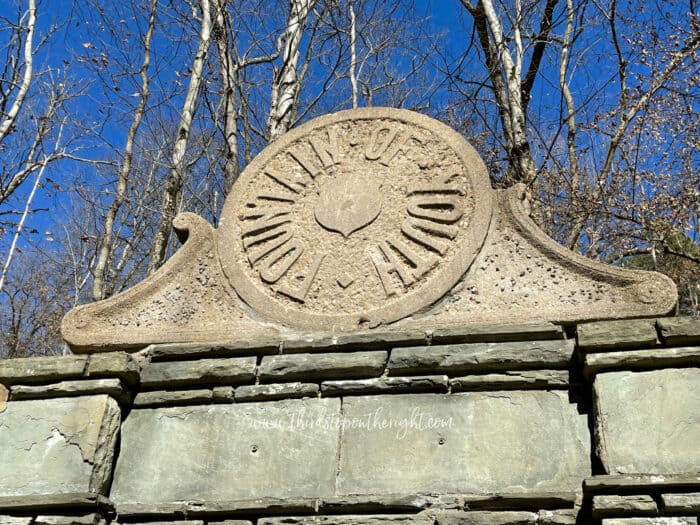 The stone disc at the top of the springhouse

The Fountain of Youth is actually a springhouse located along Kummer Road. Like several projects located within North Park, the Fountain of Youth was built in 1938 as a project of the Works Projects Administration, which was a program put in place by the New Deal. 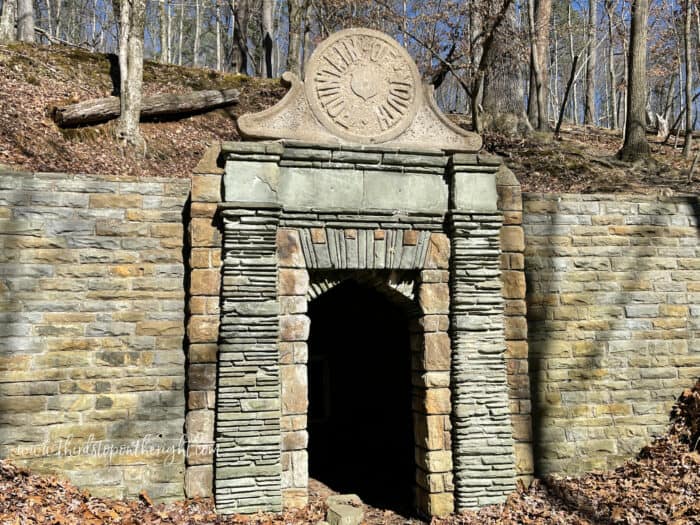 A front view of the Fountain of Youth springhouse.

This unique spring house was built over an existing spring which is why is was built tucked into the woods along the road. The stone structure was designed to look like a classic Roman bathhouse. A handle was placed in the hillside for locals to procure fresh water.

The spring remained active for just under 20 years when the spring became contaminated and the handle was removed. Time took its toll on the structure and in 2004 renovations took place which required the removal of the stone disc. Five years later, in 2009, the disc was remounted (you can notice a slight color variation between the disc and the rest of the structure). 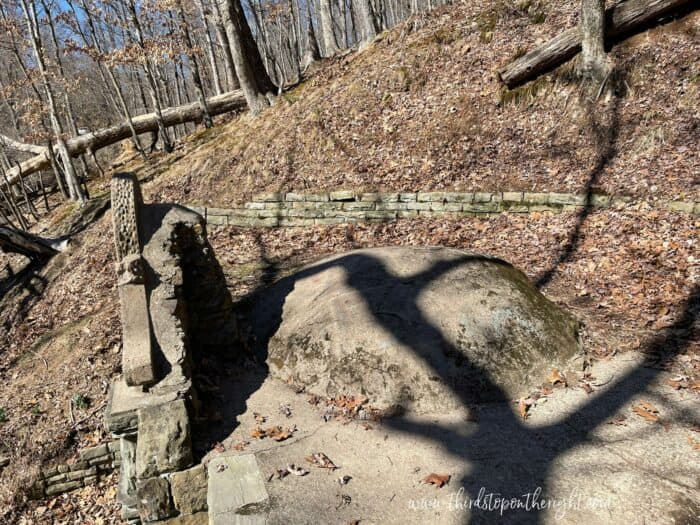 The top of the springhouse with the disc on the left.

Getting to the Fountain of Youth 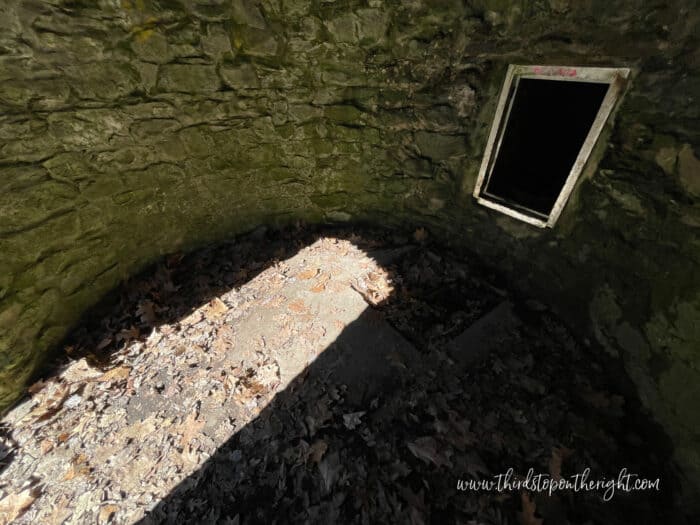 An inside view of the Fountain of Youth. The pump handle used to be inside of this area and can be seen right in front of the window.

It takes a bit of effort to get to the springhouse. Park in the parking area along Kummer Road and you’ll have to hike down an embankment before crossing a small creek. You can go inside the springhouse and in the back of the structure you can still see the flowing water.

Geocaching at the Fountain of Youth

This is just one of several kid-friendly sites that you can check out at North Park, including the water tower with the terrazzo floor, the Blue Mist Trail, and Pittsburgh’s Gravity Hill.