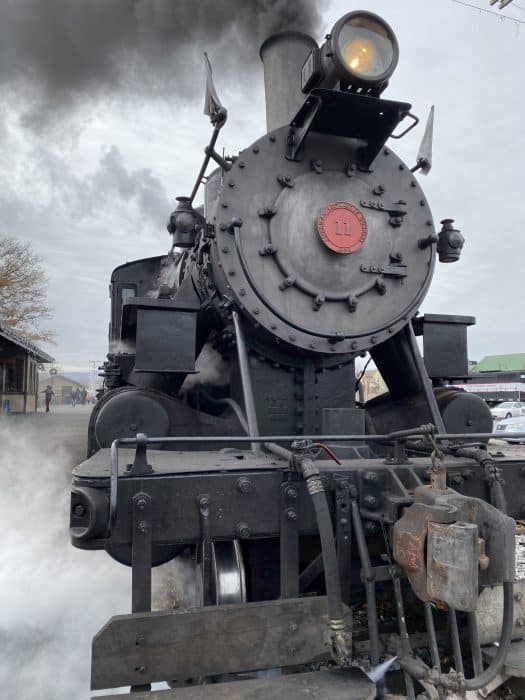 My boys have always been fans of railroads (If we are being honest, so have I). Maybe it’s genetic since my father is also a railfan and I grew up making model railroads and learning about steam engines with him. Naturally, when we had the opportunity to visit the Everett Railroad in Hollidaysburg, we all jumped at the chance.

Despite going to school in Altoona for two years and being aware for the area’s rich rail history, I wasn’t familiar with the Everett Railroad or its history.

The History of the Everett Railroad

A side view of the Everett Railroad steam engine #11.

The Everett Railroad actually started out at the Huntingdon and Broad Top Mountain Railroad and Coal Company. That railroad was established to provide a rail link from Huntingdon to Bedford and provide a competitive alternative route for local coal producers in order to get to Cumberland, Maryland.

The Everett Railroad was incorporated in April 1954 to take over part of the Huntingdon and Broad Top Mountain Railroad operations. In October 1982 Conrail discontinued service on the then-Mt. Dallas Secondary which cut off Everett from the outside world and caused the railroad’s abandonment.

The company was revived in 1984 after the tracks previously abandoned were acquired, allowing service to resume. 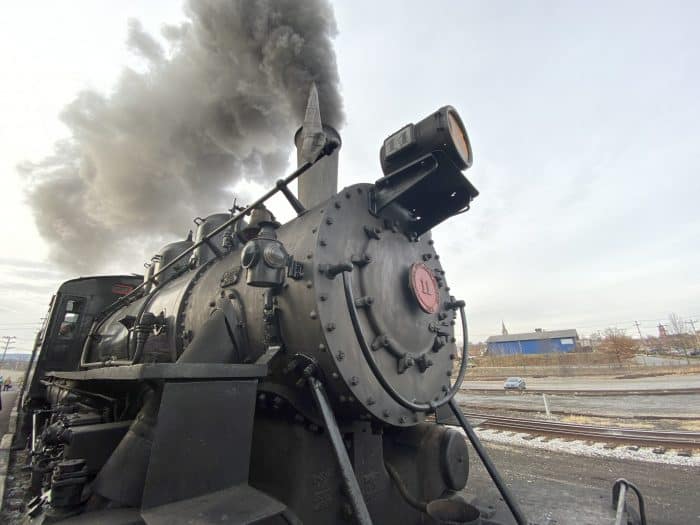 In 2015, 65 years after first entering the excursion train business the Everett Railroad began offering tourist trains out of Hollidaysburg again. Engine #11, which had been in Claysburg for restoration, was returned to service just in time for the first journey which was a steam-powered excursion – a Pumpkin Patch Special. 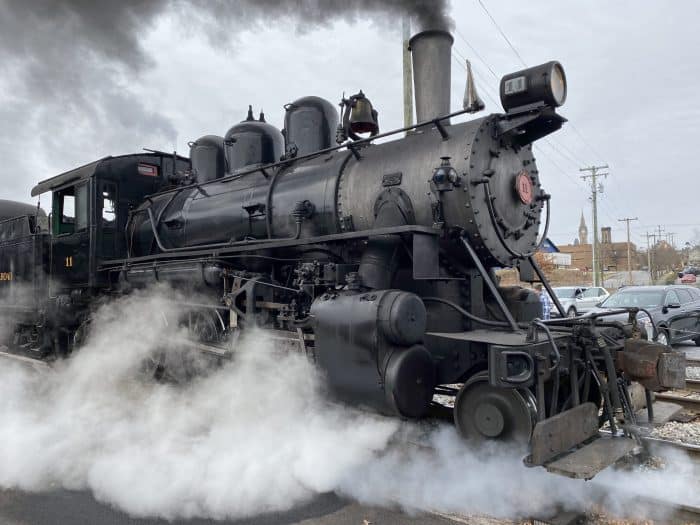 I remember reading the Polar Express when I was young and always being fascinated by the train. My boys, who grew up loving Thomas the Train, were equally as fascinated by the book. I had no idea that there were any railroads around here that did Christmas-themed excursions, so when we were invited to the Everett Railroad, I knew we had to go. 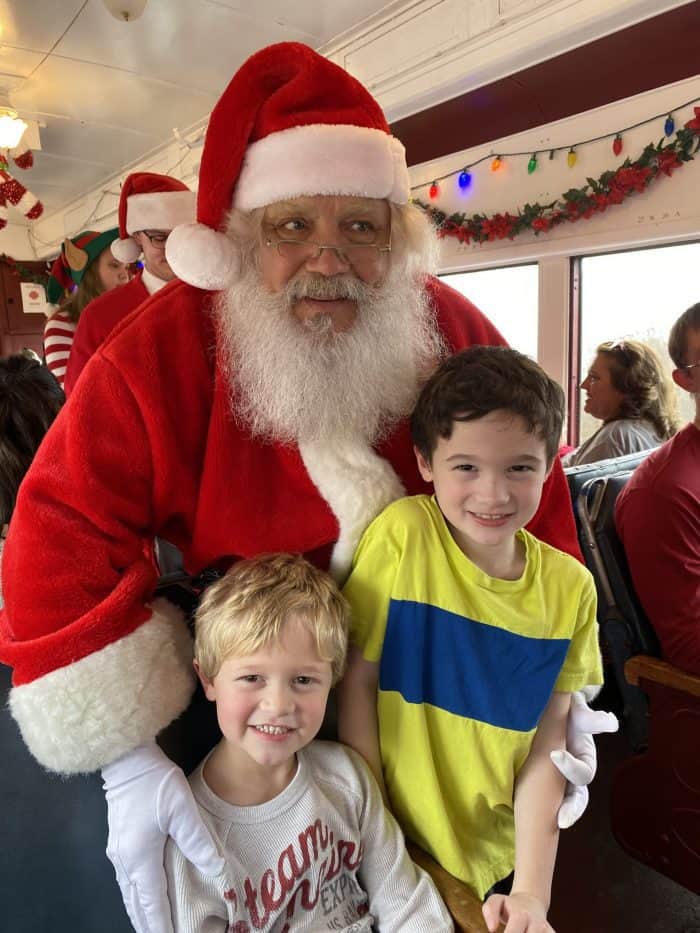 The whole experience gives you a Polar Express feeling. The steam engine pouring smoking in the station, the conductors in full uniform, authentic train cars decorated for the holidays, carolers traveling through the cars, and of course, a visit from Santa himself.

The ride itself takes approximately an hour. I wish it would have snowed for our trip because that would have made the perfect backdrop, but I’ll settle for the professionally done postcards in the gift shop! 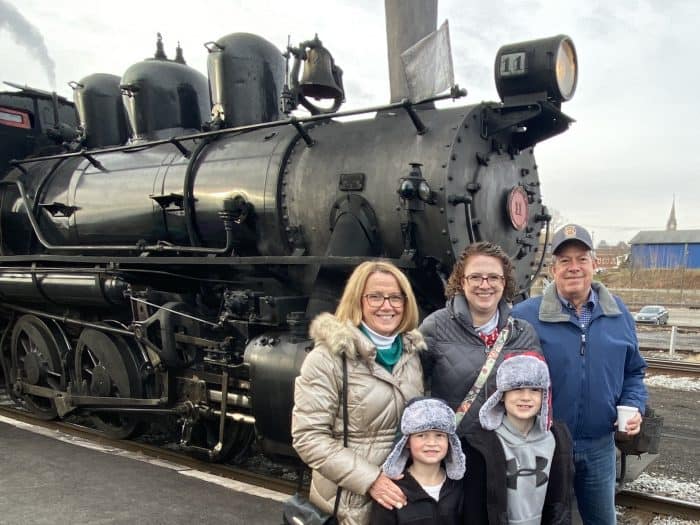 It was a fantastic family experience at the Everett Railroad.

If you have a child who loves trains or are a railfan yourself, the Everett Railroad is a must. Plus, it is located in Hollidaysburg which is only about 10 miles from Altoona and Altoona has a fantastic railroad history. Be sure to check out the Railroader’s Memorial Museum and Horseshoe Curve in Altoona.

For more information about the Everett Railroad, visit their website.

This was a hosted experience, however, all thoughts and opinions are strictly my own.