Around the 1900s Pennsylvania trolley parks appeared on the scene. They were from an era when trolley cars were a major mode of transportation. While it was easy for the trolley companies to attract customers during the week, but the question of how to sell tickets on the weekend was raised. This was the birth of the trolley park.

What is a trolley park? 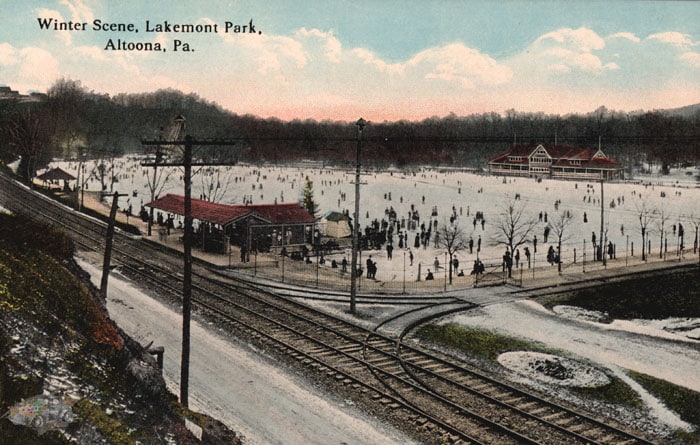 Trolley parks were often located along, or near the end of, trolley lines and were owned by the trolley companies. Early on, these parks weren’t much more than picnic grounds and recreational areas. It was not uncommon to find lakes (both natural and manmade) for boating or ice skating, picnic pavilions, and even bandstands. Some of the events that were held at the parks included dances, concerts, and even fireworks. 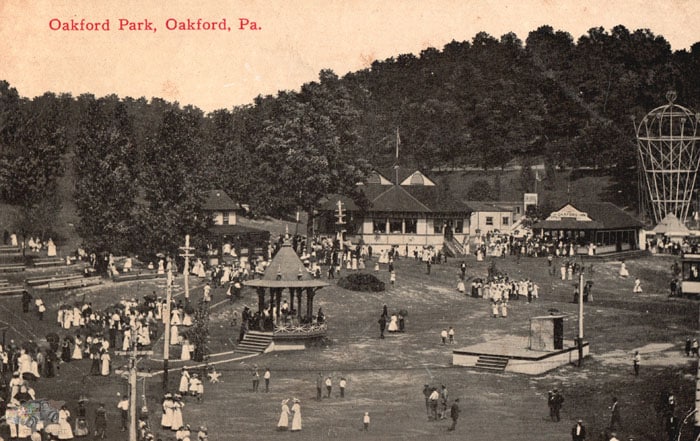 While most of these parks starts as simple picnic grounds, many eventually added amusement park rides as well as dance halls and swimming pools to make them full amusement parks.

From Trolley Park to Amusement Park 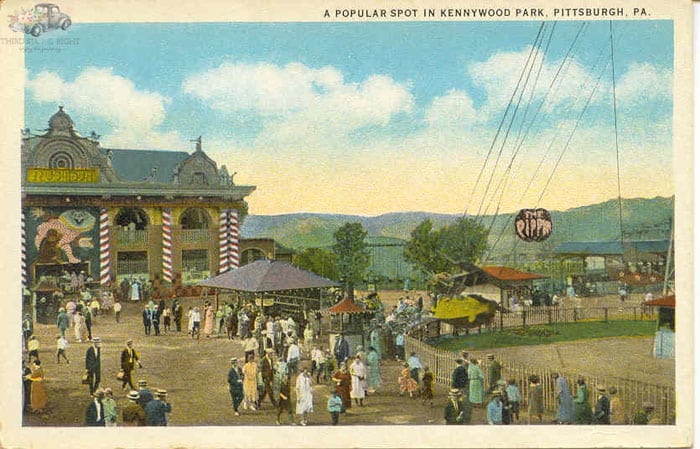 There are some common rides that keep popping up as I read about each of the different parks. Usually the park’s first ride is a carousel. After this, other common rides such as circle swings, tumble bugs, Ferris wheels, and dark rides were added. A variety of games and refreshments were available along the midway. 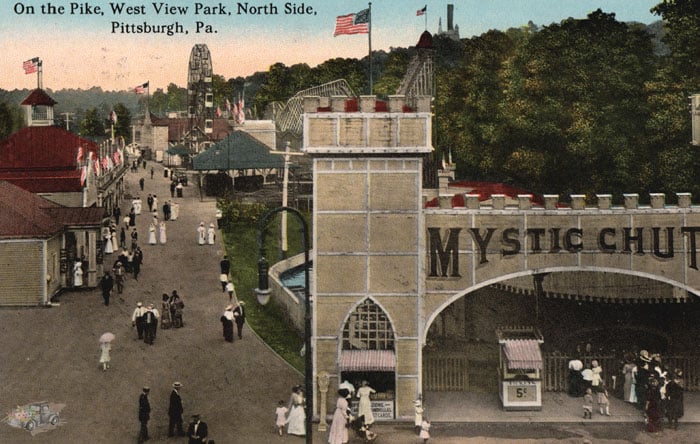 What I love most about these old parks is the ones that had roller coasters. In particular I love the Ingersoll side-friction figure-eight coasters. These coasters could be found at many parks, but now there is only one left in the world. 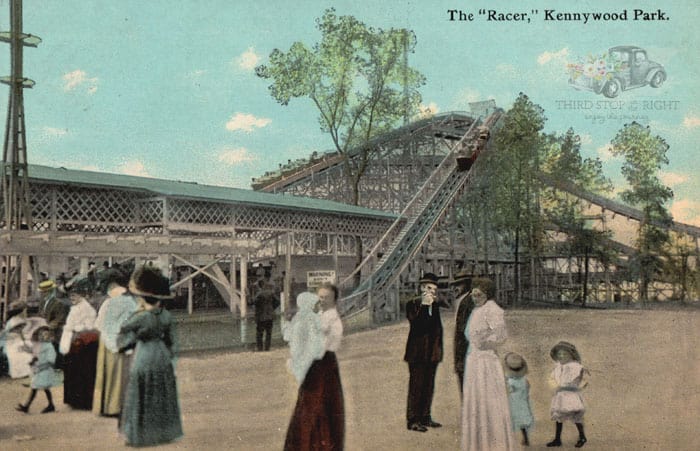 By 1919 it is estimated that there were 1,000 trolley parks in operation across the United States. Every town usually had at least one, if not more, parks. The next decade would be considered the “golden years” for trolley parks. However, by the end of the 1920s, fortunes started changing.

The decline in trolley parks originally started with the decline of the streetcar and the rise of the automobile. Many streetcar companies were finding the trolley parks to be unprofitable and were looking to get out of the business. Other parks lacked accessibility as well as adequate parking for the increase in cars. Despite these, however, it was the Great Depression that sealed the fate of many of these trolley parks. 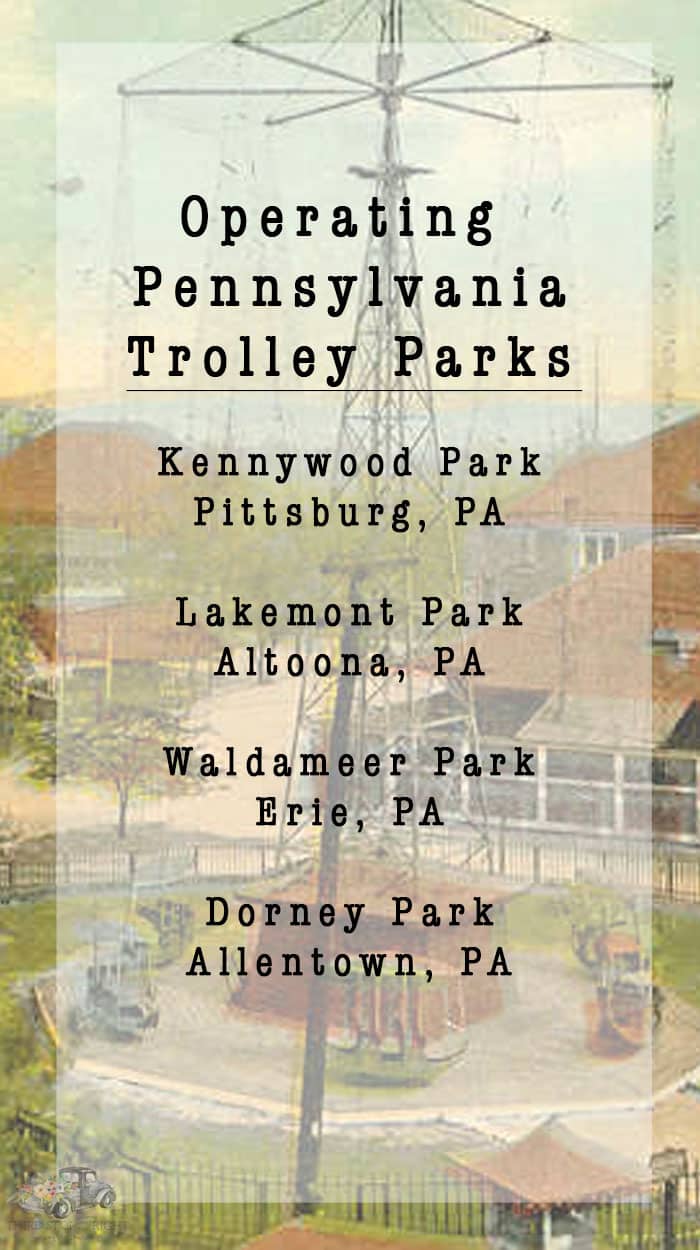 Now, almost 100 years later, there are only 11 trolley parks left in existence in the United States. Pennsylvania is lucky to have four of the remaining ones still in operation. Many of these parks survived because they were family-owned and the families took the time and energy to keep them relevant. The surviving Pennsylvania trolley parks are: Kennywood Park, Pittsburgh; Dorney Park, Allentown; Lakemont Park, Altoona; and Waldameer Park, Erie.