The first time I noticed the Penn-Lincoln Hotel in Wilkinsburg I was on a bus on my way to work. It has a fairly simple facade, but as the largest building in Wilkinsburg’s Penn Avenue business district, it was rather hard to miss. 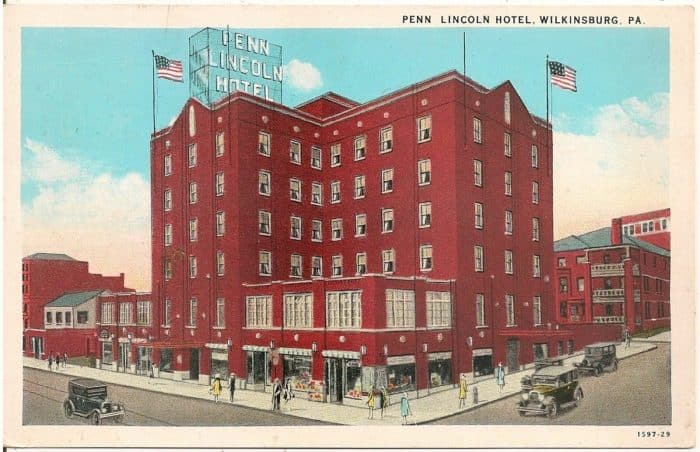 The hotel was constructed in 1927 by Pittsburgh architect Benno Janssen. Janssen designed five hotels in the Pittsburgh area between 1909 and 1929 as well as designing the E.J. Kauffman house in Fox Chapel, the Mellon Institute, and the Kauffman’s Department store addition downtown.

When the Penn-Lincoln Hotel opened in 1927, the six-story red brick building billed itself as “Pittsburgh’s Most Modern Suburban Hotel.” The outside of the hotel was adorned with 12 iron lamps as well as various cupids, ram’s heads, and rampant lions. 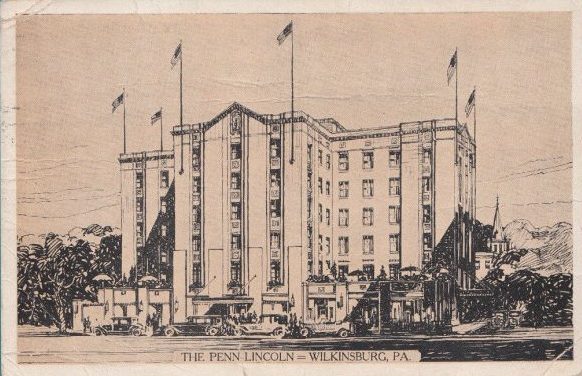 When the hotel was completed, it was over 70,000 square feet and had 150 rooms. It served guests who were utilizing the Wikinsburg Pennsylvania Railroad Station as well as those who were traveling along the Lincoln Highway (Route 30) as it followed Penn Avenue. The Penn-Lincoln sat at the junction of these two very important transportation routes.

For years after its closure as a hotel, the Penn-Lincoln served as an apartment building, but maintenance issues lead to that venture failing as well. The building changed hands several times with plans to renovate the building but all proved too cost-prohibitive. 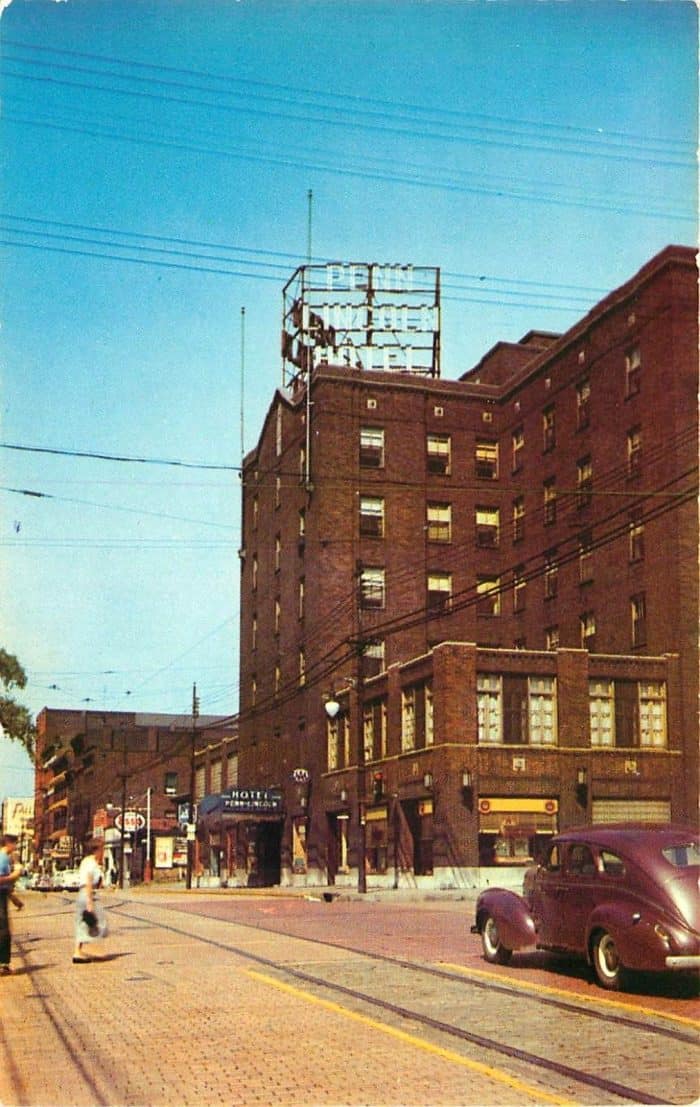 In 2014 the decision was made to demolish the Penn-Lincoln Hotel.The building had deteriorated so badly that bricks were beginning to fall to the sidewalk below. Additionally, there was no market for hotels, offices, shops, or apartments in Wilkinsburg, further sealing the building’s fate.

Architectural elements of the building, including the sculptures on the building’s exterior, were salvaged and will be reinstalled in some of Wilkinsburg’s community parks.

What is even better than the fact that the architectural elements were saved, but some individuals actually were able to get pictures of the inside of the hotel before it was torn down. I have a few postcards and a few matchbook covers from the Penn-Lincoln, but I never had the opportunity to see the inside myself. Luckily, my photographer friend Sherman Cahal, who is a fellow historian, captured some images from the Penn-Lincoln before its demise. You can tell from the pictures that it was a really beautiful building at one time. 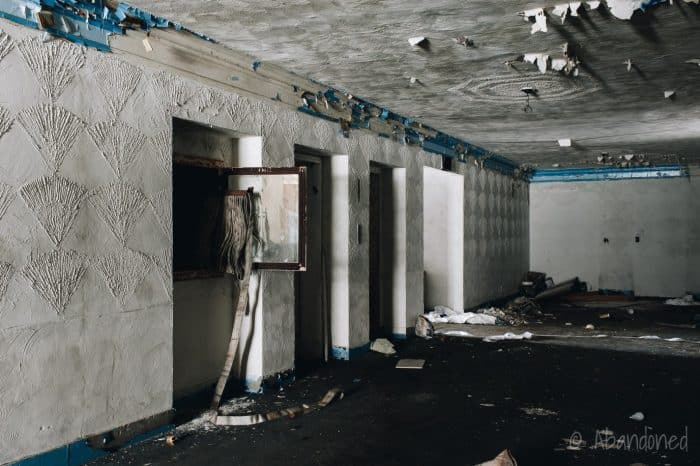 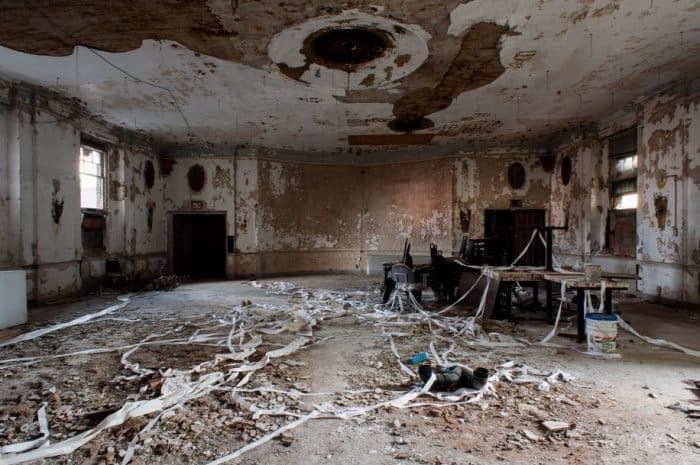 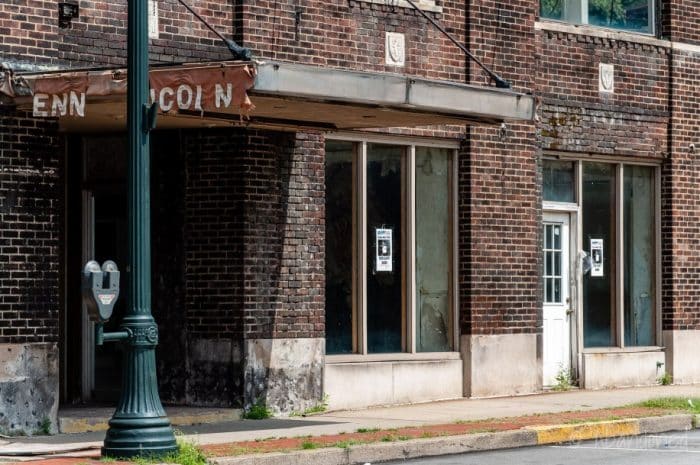 Sadly, buildings such as the Penn-Lincoln are quickly disappearing. Thank you to those who have the foresight to document them for future generations.