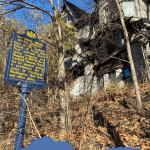 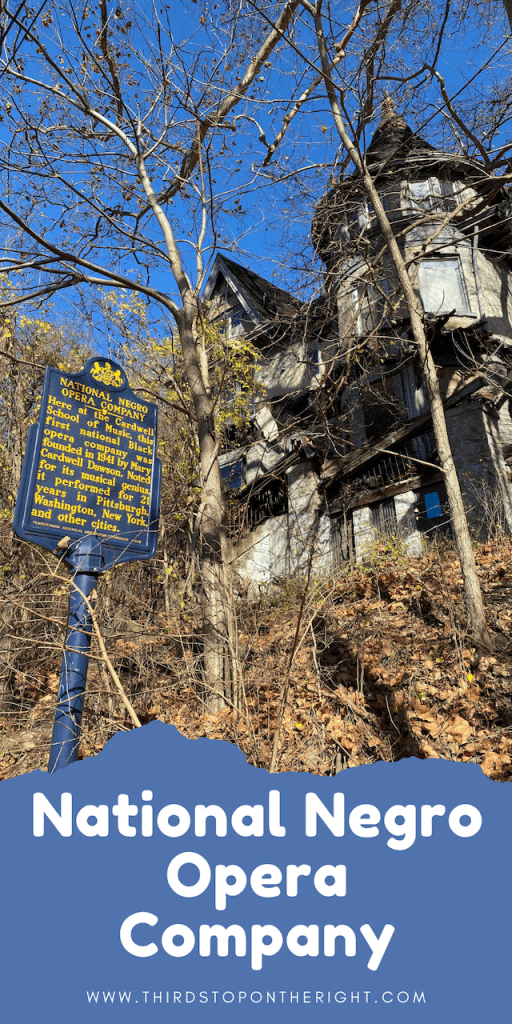 Nowadays the house doesn’t look like much. In fact, the building has been condemned and there are missing walls and broken windows. It will take millions of dollars to restore the house to its former glory, but former glory it once had. This house was once home to the National Negro Opera Company and saw quite a few famous visitors. 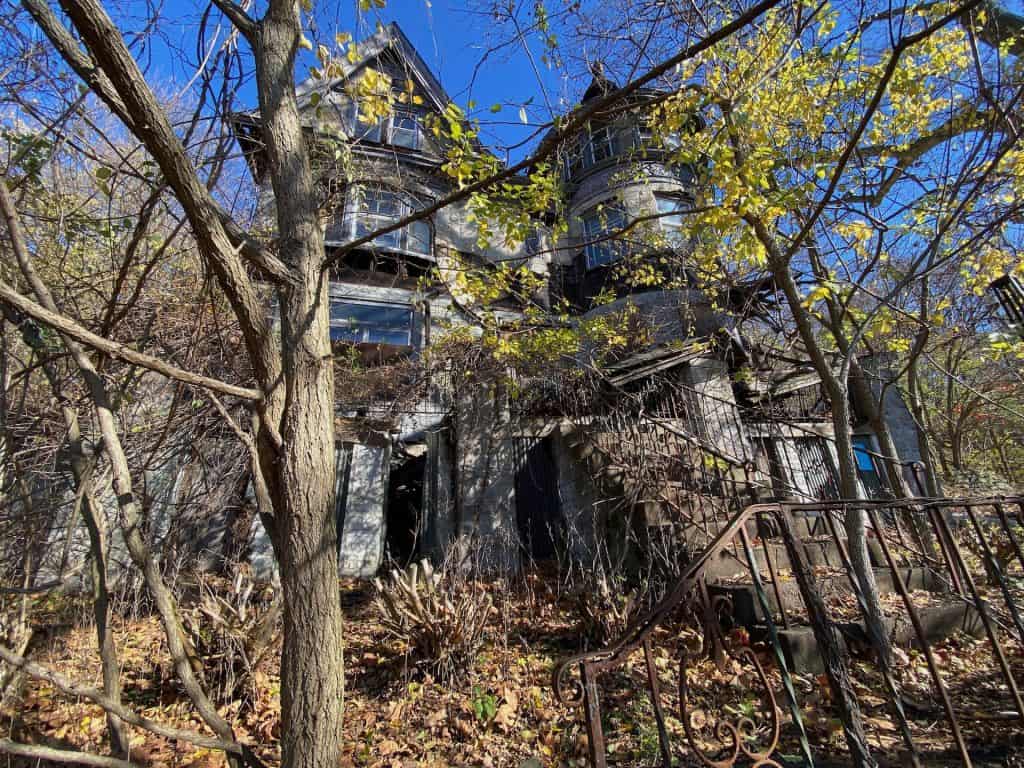 This house was once the home of the National Negro Opera Company.

This house, located on Apple Street in the Homewood neighborhood of Pittsburgh, was built in 1894. 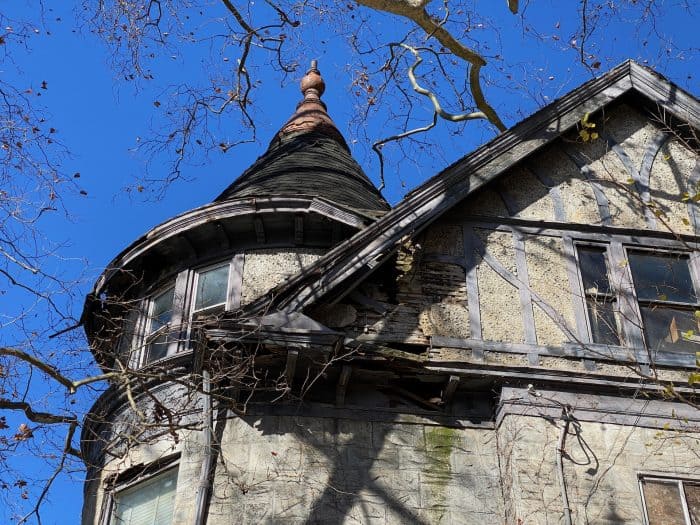 A small metal embellishment is still attached to the top of a small turret or steeple in one section of the house.

Its three stories tall, built in a Victorian style with a wraparound porch, and a steeple at the top.

In the 1930s the home was owned by Woogie Harris, who was the brother of Pittsburgh photographer Charles “Teenie” Harris. Woogie used the house for some “questionable” activities such as illegal lotteries, numbers rackets, and serving as a bank for the black community. The house was already a cultural hub when Mary Cardwell Dawson came on the scene in 1941.

Cardwell Dawson, who was a music teacher, began using the house’s third floor ballroom to give music lessons and eventually established the National Negro Opera Company. The opera company gave people of color at the time opportunities that they otherwise might not have had. It is estimated that more than 1,800 individuals had the opportunity to be on the stage when the opera company was touring the country. 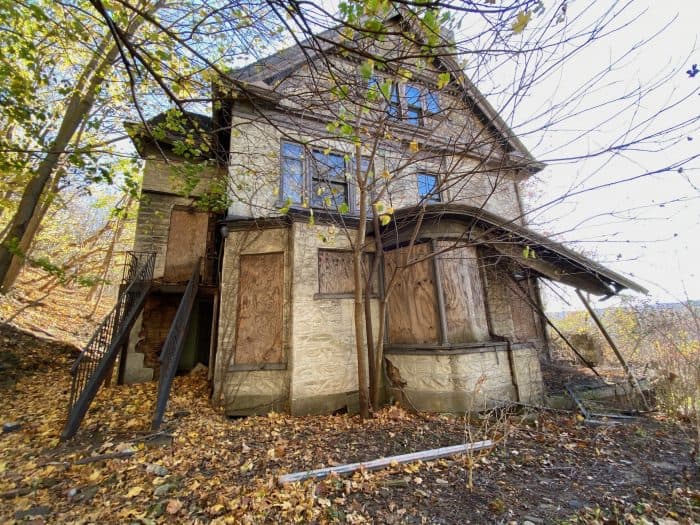 The collapsed wraparound porch is visible from this picture of the side of the house.

The National Negro Opera Company only lasted 21 years until 1962 when Cardwell Dawson died of a heart attack. 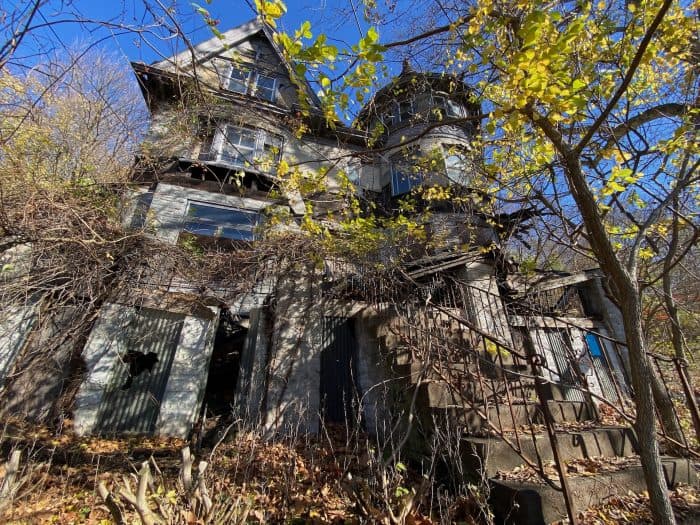 After the folding of the opera company, the lights didn’t go dark in the house, however. The house eventually started to be referred to as Mystery Manor and hosted many celebrities of color who were excluded from the city’s segregated hotels. Some of these celebrities included sports figures such as Roberto Clemente.

Eventually, a changing economic climate of the neighborhood led to the abandonment of the house and it fell into significant disrepair. In 2000 the house was purchased by Jonnet Solomon with hopes to preserve it, although not much has been done. 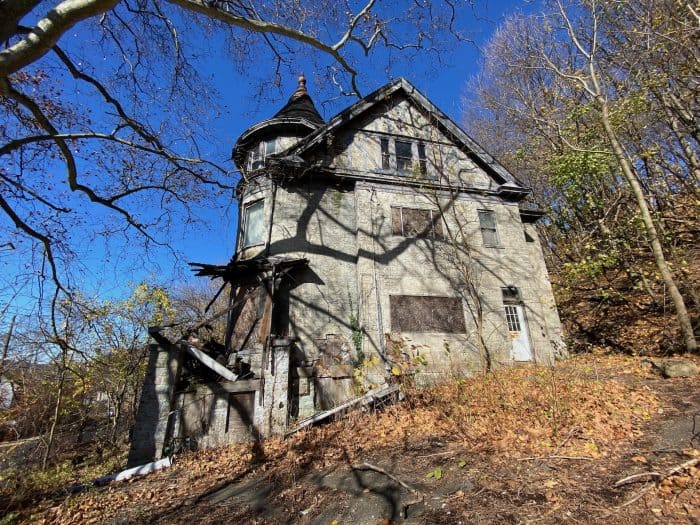 This is one of the side views of the house.

In 2007, the house was designated a historic landmark and in 2020 it was named to the National Trust for Historic Preservation’s annual list of America’s 11 Most Endangered Places. While being named to the list shows how dire the house’s situation is, it is also a promise of hope as only 5% of the places placed on the list have been demolished. 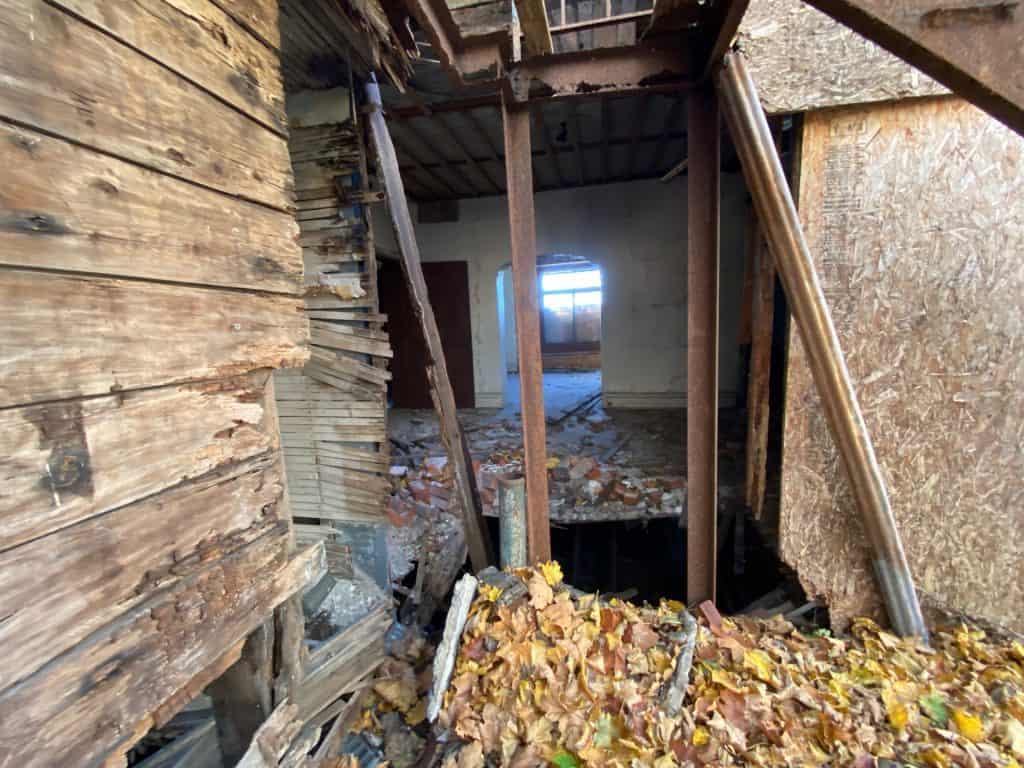 This view shows a missing wall and what the inside of the house looks like.

When I visited the house recently, it’s pretty obvious it is in rough shape. Most of the wraparound porch has collapsed. The former stained glass windows are broken and have been boarded up. A blue condemned sign is on the front. Upon walking to the back of the house I was shocked to see an entire wall missing and exposing the entire insides of the house. 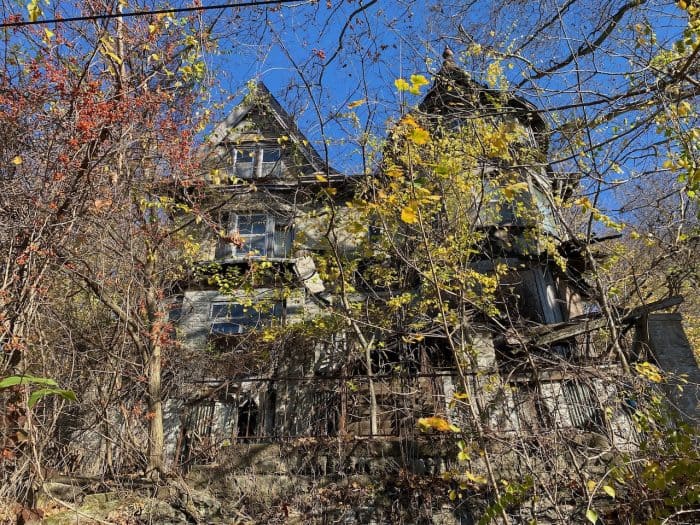 It’s obvious that the estimate of it costing millions to rehab the National Negro Opera Company house is correct, but preservation societies believe it can be done. I hope that it is possible because it the shape the house is currently in it can’t last much longer. There is not doubt that buildings such as this one should be saved, not just because it is more than 120 years old, but also because it plays such an important part in Pittsburgh’s African American history. For years, this history has been systemically destroyed so when we have an option to save some of it, we absolutely should.