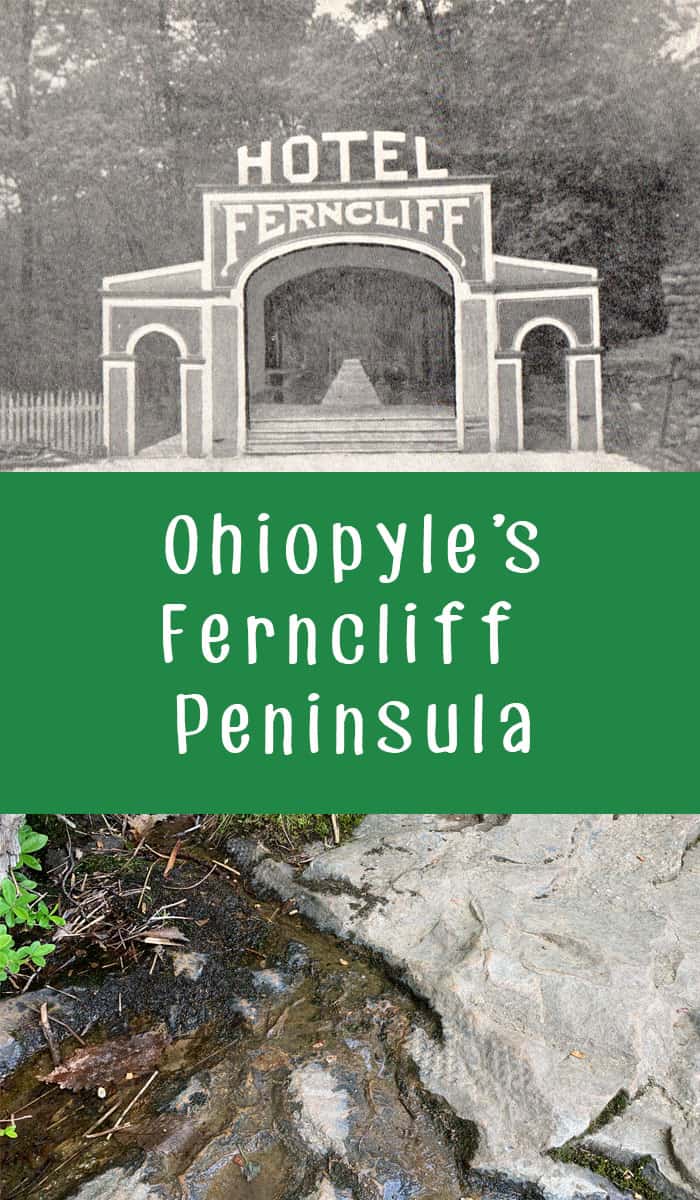 Speaking of natural beauty, one of my favorite places to enjoy nature is at Ohiopyle. There are so many things to do in this time town, whether it is white water rafting, biking, hiking, or camping that it can be hard to choose. Since the day was a little on the cooler side and I didn’t have a lot of time I decided to take a short hike.

The Ferncliff Peninsula has always been one of my favorite spots in Ohiopyle — for a variety of reasons. The first of which is because of its current natural beauty. Designated a National Natural Landmark, the peninsula is home to ancient ferns and trees as well as interesting fossils from when the peninsula was home to tropical plants and animals.

Can you imagine when Pennsylvania weather was consistently warm, let alone tropical? 300 million years ago Pennsylvania was a tropical swamp filled with huge ferns that grew more than 80 feet tall. While this may seem far-fetched the proof lies in the rocks right here on the Ferncliff Trail here in Ohiopyle.

If you look closely in the rock along the trail you will see the fossilized remains of plants such as Cordaites, Lepidodendron, and Calamites. They almost look like tire tracks in the rocks. 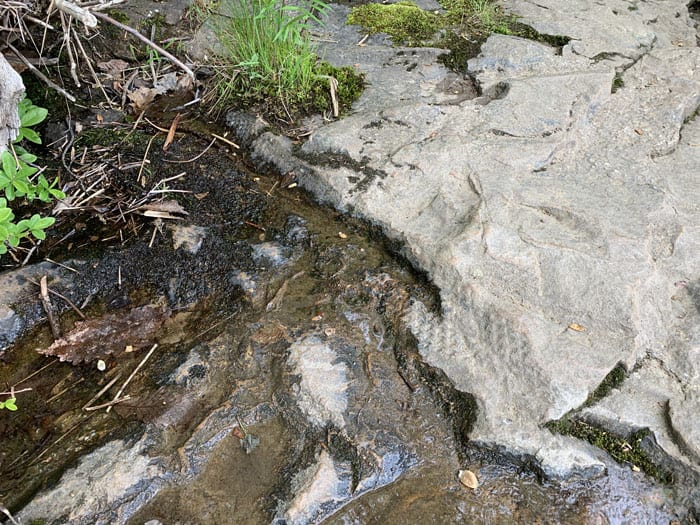 Another fossil that I found along the trail. 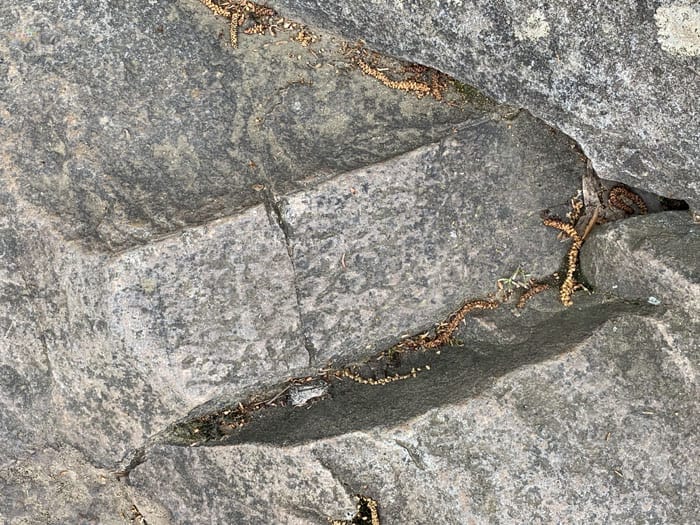 This is just one example of a Lepidodendron fossil that we found along our hike along the Ferncliff Trail. 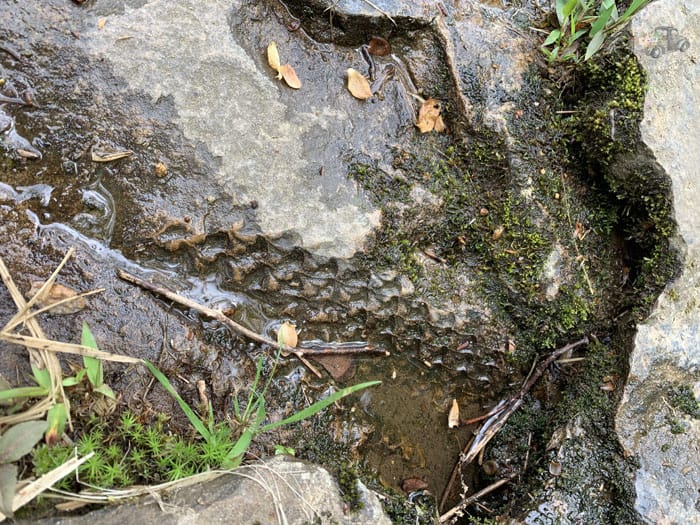 While I’m not completely sure which fossil this is, according to a Department of Natural Resources sign, it appears that it is either a Lepidodendron fossil or a Calamites fossil.

It is pretty fascinating to be able to see and touch these million-year-old fossils right there on the hiking trail. Please be careful with the fossils however, as not only are they protected, but they are also irreplaceable. 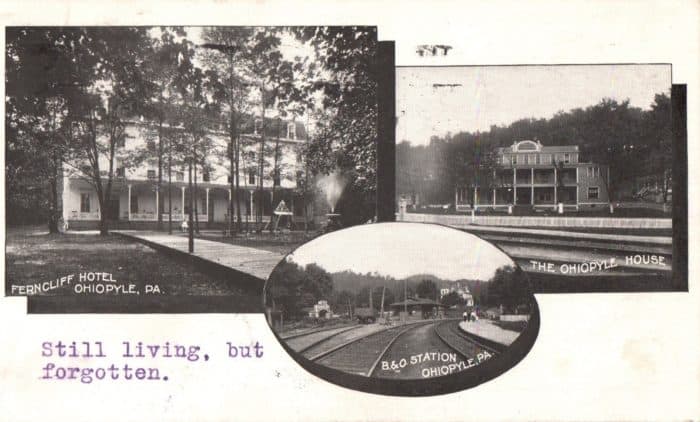 While the Ferncliff Peninsula is a fantastic place to hike and enjoy nature these days, it was one a place for a lot more entertainment. 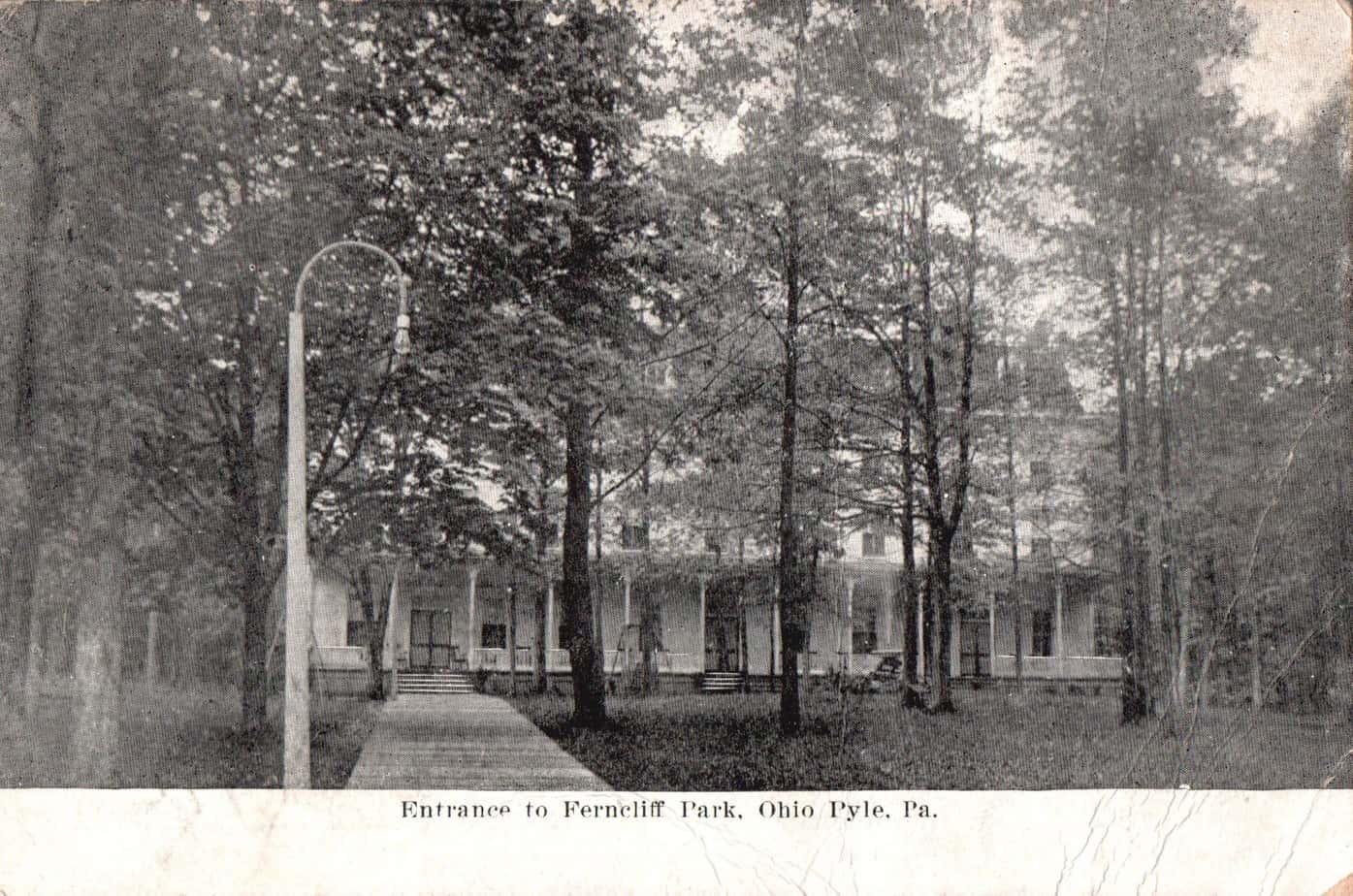 A glimpse of what the Ferncliff Hotel looked like back in its heyday.

The Ferncliff Hotel was built in 1880 at the entrance to the Peninsula where it was made to be seen. It was a frame building, four-stories tall, and featured fifty rooms. It had gas, water, and electric as well as two fountains out front which were fed from a reservoir on a slope behind the hotel filled with a pump from the river.

Also featured at the hotel were flower beds, a bathhouse, and a dancing pavilion at the river’s edge.

A boardwalk was constructed which led from the Ohiopyle train station to the hotel which was lit with lighted arches. 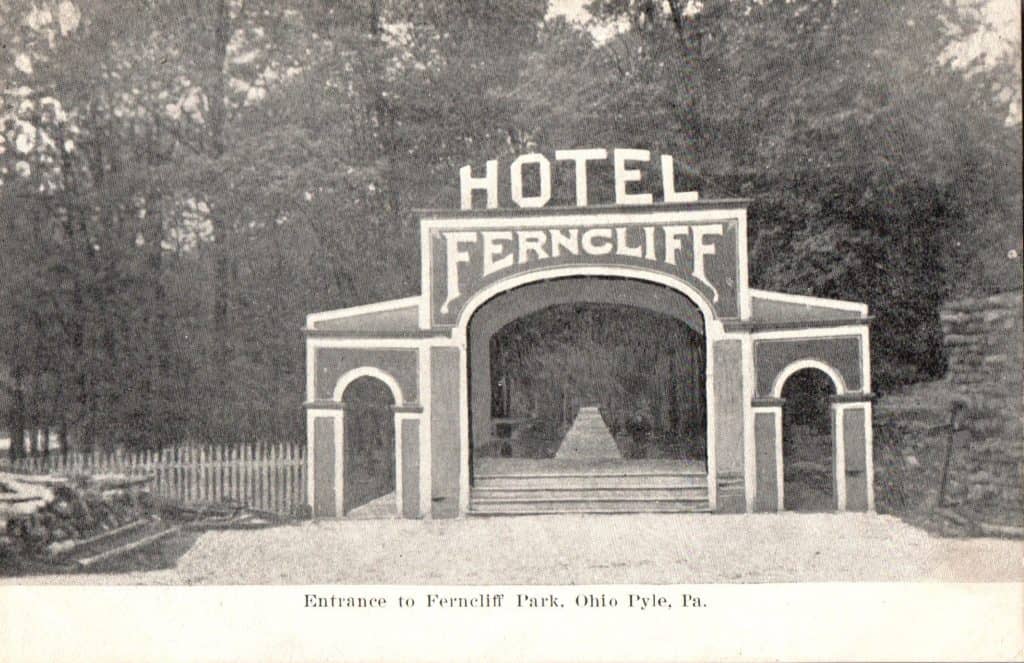 An impressive facade welcomed visitors to Ferncliff Park which featured a dancing pavilion, bowling alleys, and a bath house — all in addition to the Hotel Ferncliff.

Ferncliff Park, as the Ferncliff Peninsula area came to be known, catered to a wealthier clientele and eventually grew to include not only the boardwalk but also a bowling alley, tennis courts, ball fields, fountains, walking paths, as well as the hotel.

As the popularity of the automobile grew and train travel decreased, tourism in the area began to decline. The Ferncliff Hotel eventually closed and was torn down in the 1940s. After the removal of the buildings, the forest was allowed to reclaim the area.

In the mid-1960s, in an effort to preserve the natural beauty of the area, the Western Pennsylvania Conservancy purchased much of the property and sold it to the Commonwealth of Pennsylvania. 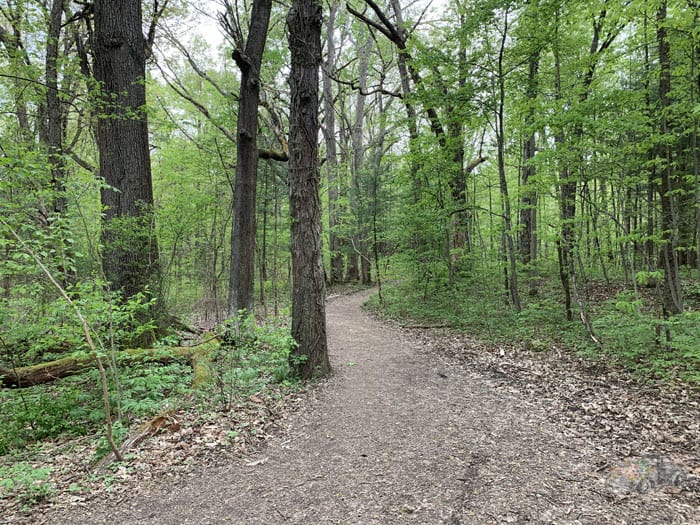 The Hotel Fernwood is long gone, but at one time, if you looked down this same path you would have encountered the impressive sign for the Hotel Ferncliff and the wooden boardwalk leading to the hotel. Now the hiking trail leads to the crumbling foundations of what was once the Ferncliff entertainment center.

While most of the Ferncliff Hotel is gone, I have read that if you hike the Fernwood Trail on the Ferncliff Peninsula you can still find the foundations of the Hotel Ferncliff and some of the other buildings. You can better believe that finding these will be on my summer bucket list.

Thank you so much for sharing!