It might surprise you that in the late 1800s and early 1900s, amusement parks were much more common in Western Pennsylvania than they are today. In fact, dozens of parks were operating all around the Pittsburgh area including Woodlawn’s Aliquippa Park located in Beaver County.

I’ve written in the past about how I was shocked to learn my hometown had a fairly large amusement park that I didn’t know about and I went to a college that was built on the site of a former amusement park, so obviously I have a thing for defunct amusement parks.

Aliquippa Park is a park transformation of a grittier kind.

The History of Aliquippa Park 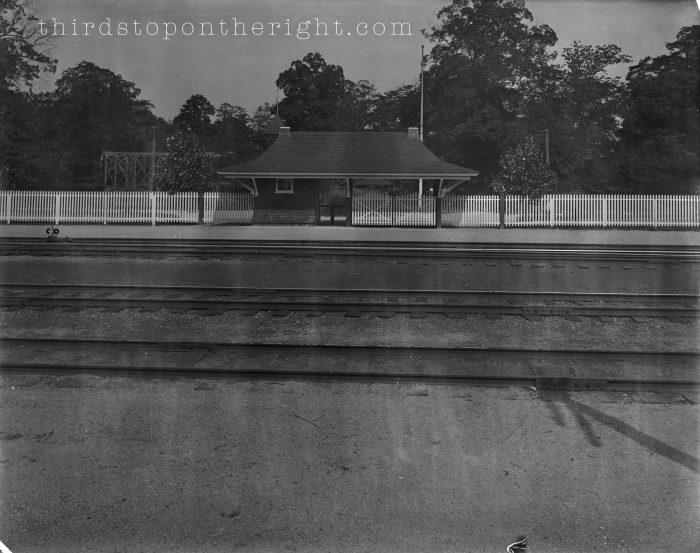 The roller coaster is visible behind a small station. Not much is known about the roller coaster but based on other coasters of the time, it may have been a figure eight side-friction model. (Photo courtesy of the University of Pittsburgh)

Not a whole lot is known about the park or the progression of it going from picnic grounds to acquiring amusements, but the park did have a dancing pavilion, merry-go-round, rollercoaster, baseball field, and pony track. 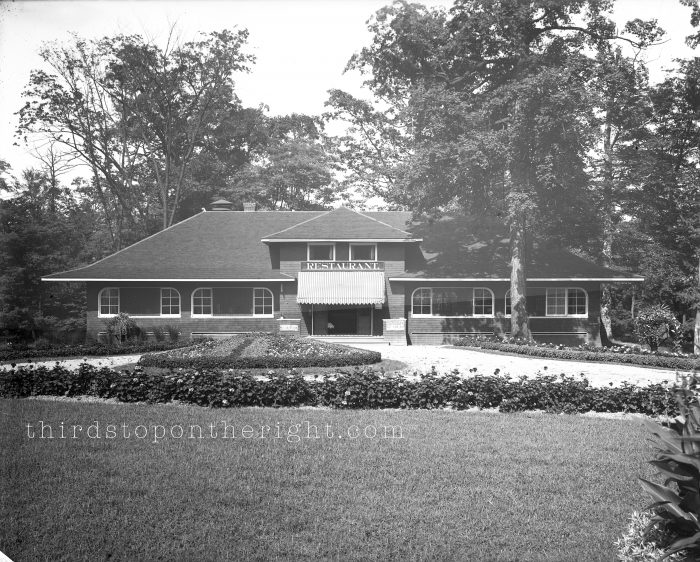 The original dance hall was one story as can be seen in this picture. (Photo courtesy of the University of Pittsburgh)

As with most early parks, the dance hall was a popular draw for people to come and spend an afternoon. 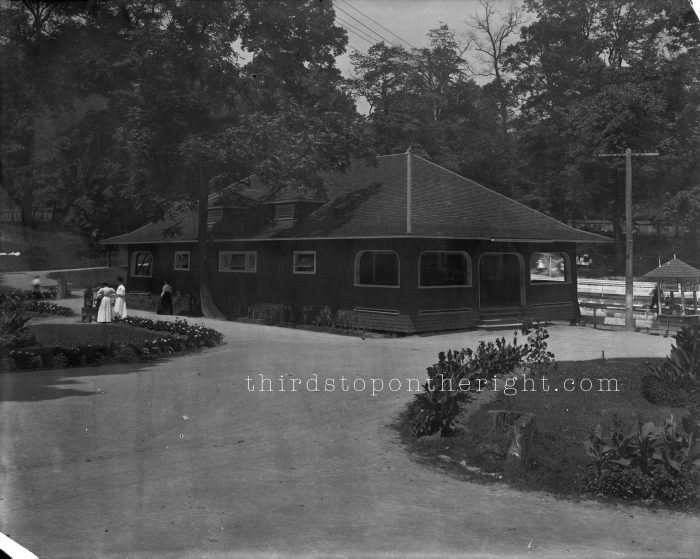 This photo shows the women’s rest house at Aliquippa Park with several women standing outside. If you look very closely on the right-hand side you will see a sign for, and part of, the Pony Track. (Photo courtesy of the University of Pittsburgh)

Often when large picnics were taking place, the railroad had to run a dozen special excursion trains — just for servicing the park.

In doing research for my upcoming book, I was looking for pictures of Aliquippa Park when I found these glass negatives of a group at the park. The negative sleeves were literally turning to dust (that happens when they are over 100 years old I guess) but were clearly marked “Aliquippa Park”. Unfortunately, there were no names of the people pictured. 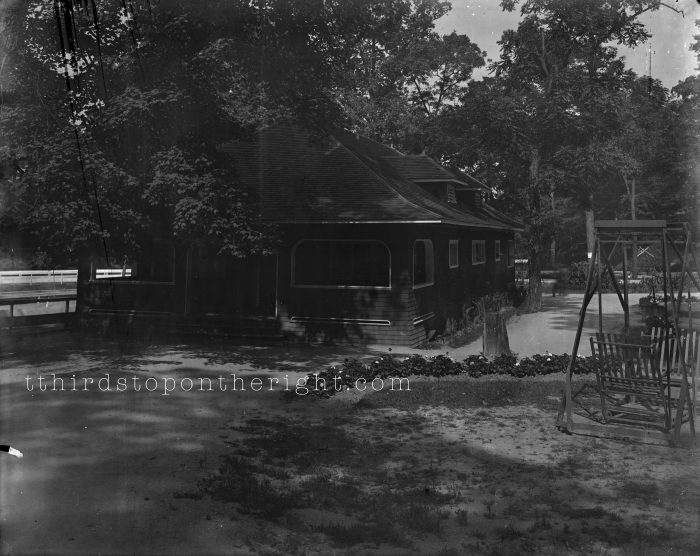 Another view of the women’s rest house and a swing at Aliquippa Park. The Pony Track can be seen at the left. (Photo courtesy of the University of Pittsburgh)

Maybe Aliquippa Park was ahead of its time. Maybe it was changing tastes of the population. Maybe it was the increased competition from other amusement parks. Whatever it was, shortly after the turn of the century the park began to decline.

This was bad for the park, but good for Jones & Laughlin Steel Corporation who wanted to purchase the property.

Okay, Jones & Laughlin didn’t just have their eye on the Aliquippa Park property, but ALL of the land along the Ohio River in the towns of Woodlawn and Aliquippa. Money talks, and P&LE wanted out of the amusement park business, so the park was sold to Jones & Laughlin. 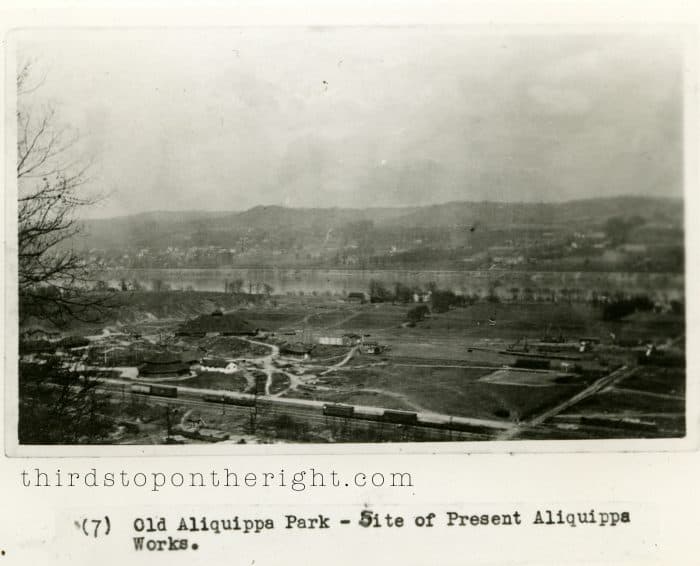 In the bottom left-hand corner of this photograph the merry-go-round building and roller coaster are visible from the closed park. This picture was taken right before the park was torn down to make way for the new Aliquippa Works. The dance hall is visible directly behind. (Photo courtesy of the Heinz History Center)

Jones & Laughlin planned to use the property it was acquiring to build the largest integrated steel mill in the world, the Aliquippa Works. To do this, the park would have to be demolished. 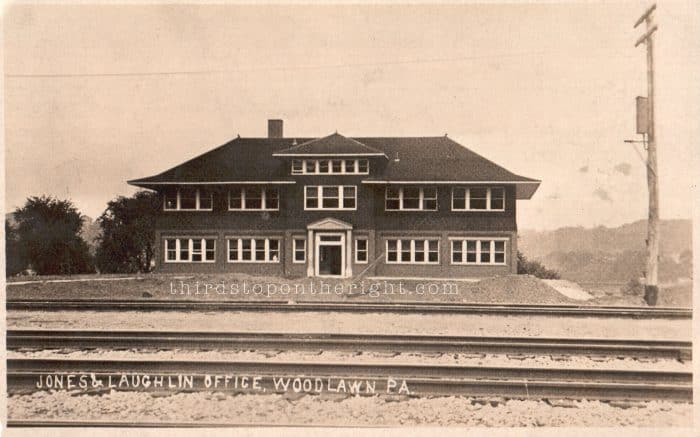 This is an image of the old dance hall after it was moved and converted into the Jones & Laughlin office building. Note the coloration difference between the first and second stories.

Although the merry-go-round and rollercoaster were torn down, not all was lost. The old dance hall was deemed suitable to use as a main office building. In a curious move, Jones & Laughlin had the entire one-story building moved approximately three miles and relocated to Woodlawn. An additional story was added, raising the original dance hall to the second story. 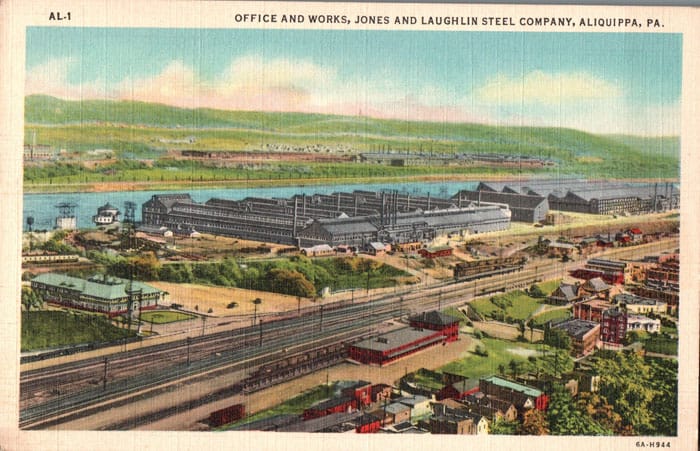 The old dance hall, now office building, can be seen in the lower lefthand corner. It is the building with the green roof.

Jones & Laughlin went on to build the Aliquippa Works which became a Pittsburgh industrial icon for decades. In its heyday, the Aliquippa site employed 30,000 workers. 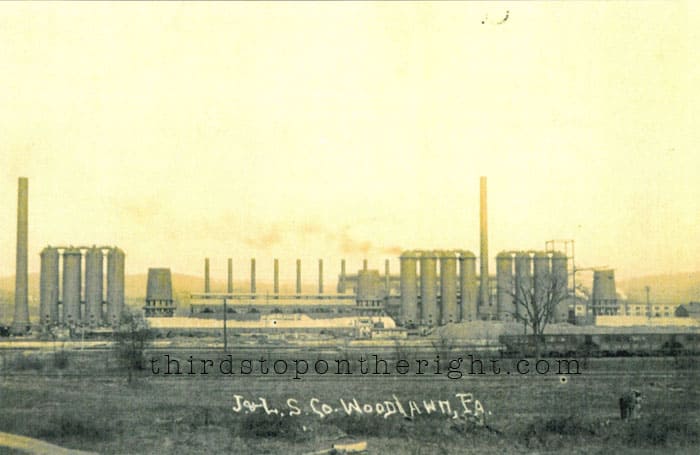 A few of the Aliquippa Works Steel Mill in Woodlawn while it was still in operation.

By the 1970s, the steel industry was in trouble and nowhere felt it more acutely than Pittsburgh. Eventually the Aliquippa Works met the same fate as Aliquippa Park and closed in the 1980s. The dance hall/office building survived until the late 1990s just before the complete demolition of the mill in 2005. 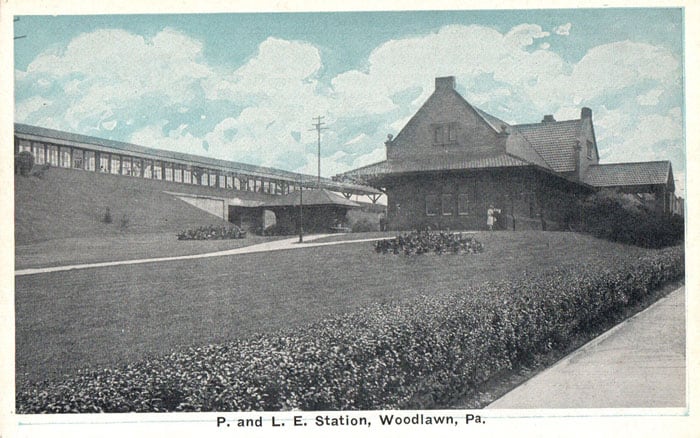 Although not in existence during the days of Aliquippa Park (it wouldn’t be built until 5 years after the park closed), the P&LE’s Aliquippa (or Woodlawn) Station still exists. It is a reminder of the railroad that started the amusement park and eventually helped give rise to a nightly steel empire.

Now vacant, the station is listed on the National Register of Historic Places. Hopefully, a preservation-mined individual purchases it before it too becomes a memory.

There is a lot more hidden amusement park history in the Pittsburgh region than you may think. Check out just a few of our other posts …