At one time in Westmoreland County, glass was a big industry. Several glass plants in the county were hard at work producing various styles of glass. Two of these plants were just a few miles from each other — Jeannette and Westmoreland Glass. 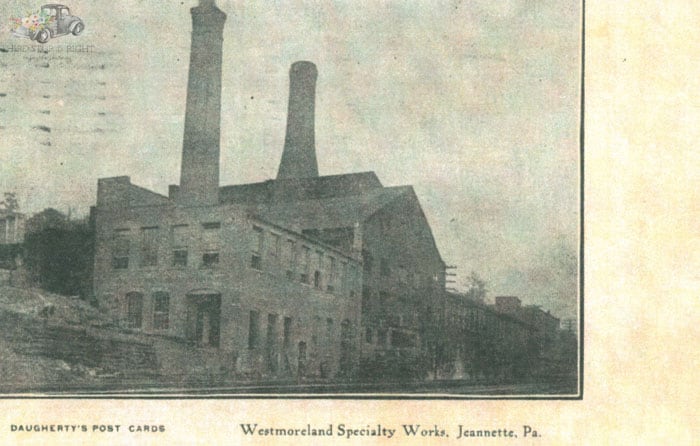 Both plants produced a variety of different styles and colors of glass. These brands were so popular that they put Jeannette on the map as “The Glass City.” While the Jeannette Glass Plant site has recently been cleared, the decaying ruins of Westmoreland Glass are still visible.

Located just over the hill on the way to Jeannette you will spot two large, red brick smokestacks rising into the sky. Surrounding the smokestacks are the collapsing remains of the Westmoreland Glass Company plant.

The History of the Westmoreland Glass Company

Founded in 1889, the West brothers built Westmoreland Glass Company along the railroad tracks in Grapeville. The location was ideal because of an abundance of natural gas on the property. Westmoreland Glass got its start making glass tableware items, mustard jars, and candy containers. The glass company produced so many containers, the Vice President of the company Charles West was referred to as “the Father of the Candy Container Industry.”

By the 1920s, Westmoreland Glass Company was producing high-quality hand-decorated glass This glass was so ornate, it was exhibited at the Carnegie Museum in Pittsburgh.

The Wests ran the factory until 1937 when the factory was purchased by the Brainward family which owned the company until 1980. The new owners started transitioning the plant from making decorative glass to making milk glass. 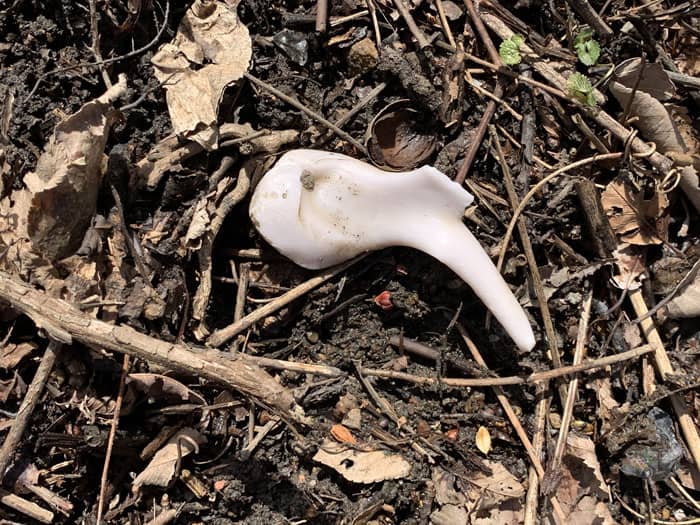 A broken piece of milk glass buried in the leaves.

In 1980 the company was again sold to a businessman from St. Louis who had no experience running a large glass plant. The company only lasted another four years before going out of business five years before its centennial year. The property was sold for $75,000 to be used as a storage facility. Eventually that business also failed and the property was abandoned. 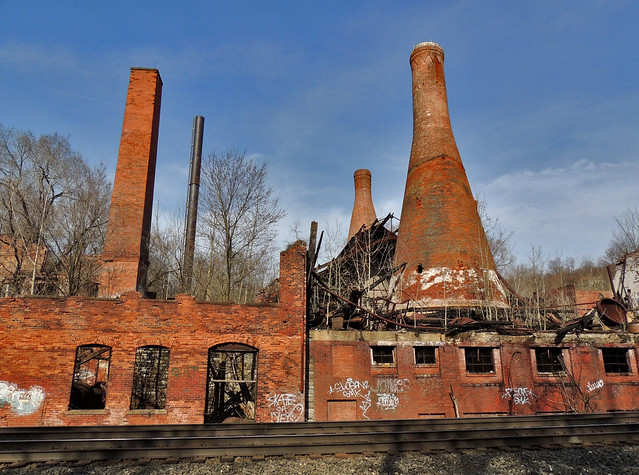 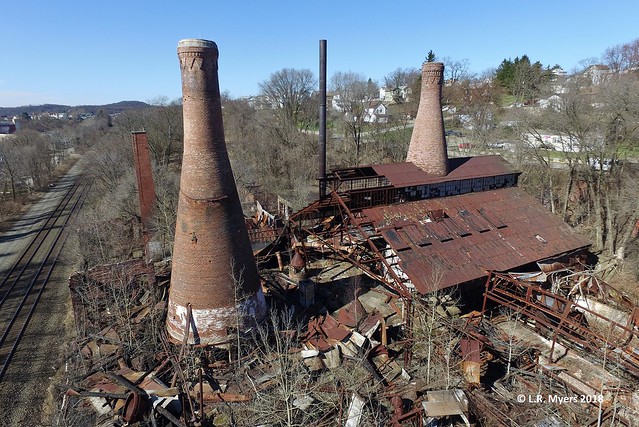 As with anything abandoned, vandals stripped the property of anything of value and spray painted graffiti all over the walls. Then, several large arson fires left the building as little more than an empty shell. 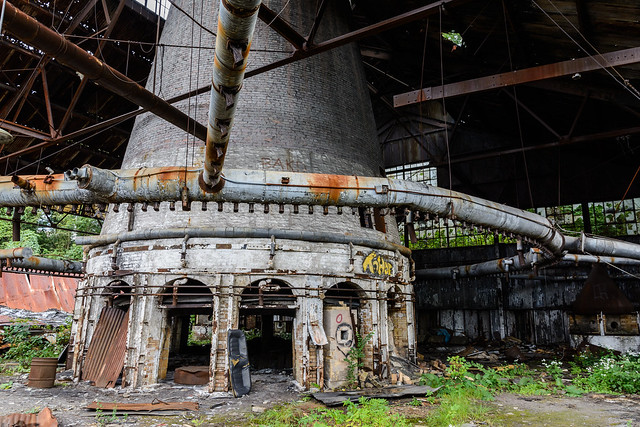 Many people don’t see the beauty in industrial ruins, however, the site has become a favorite for urban explorers and photographers. These individuals do a fantastic job of documenting what once was without causing further damage to the property. When I saw some of these photos I was impressed at the beauty of what remains, especially the circular area around the chimney. 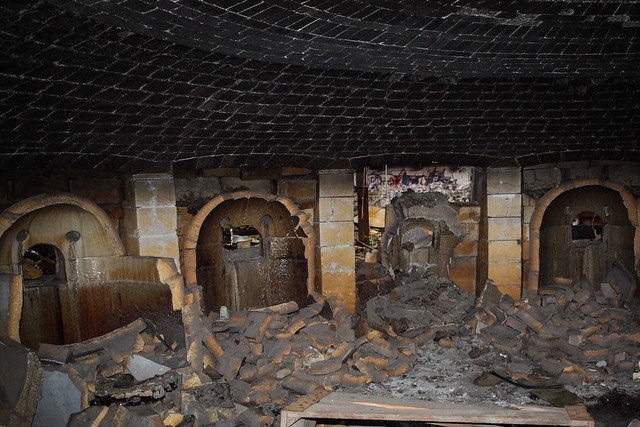 It’s sad to see iconic community buildings to go to ruin, especially ones such as Westmoreland Glass which is unquestionably beyond repair. Eventually, only photos will remind us of what this iconic glass plant once was.

May the Westmoreland HIstorical Society use some of your images in an upcoming program.?