While I was working on my new book, Lost Amusement Parks of Western Pennsylvania I ran across a curious little park located in the Aspinwall section of Pittsburgh. The problem is that some of these parks were so small and lasted for such a short amount of time that they have been almost completely lost to time. This seems to be the case with Ross Grove Park. 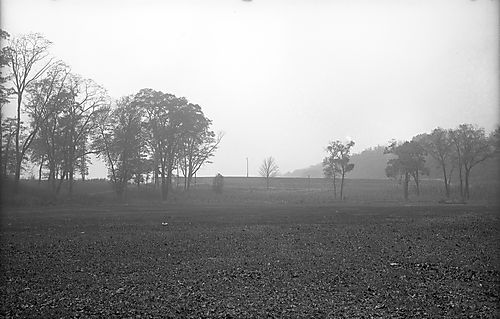 Ross Grove from the collection at the University of Pittsburgh

From what I can tell, Ross Grove has an interesting past filled with ghosts, death, and ruin. All the makings of a fascinating tale.

The story doesn’t start with an amusement park though. It actually starts with a house. The Meadows was a fantastic mansion built by U.S. Senator James Ross so much so that he would keep peacocks on the grounds of the home. After the death of the senator, the mansion was rented out to a variety of tenants including Ross Johnson, an alcoholic relative who ultimately died by suicide in 1859 and was said to haunt the property.

Robert C. Hall, a Pittsburgh stock broker and stock exchange president, purchased the property in 1903 and restored it, but after his death at just 49 in 1914 the family lost the home. 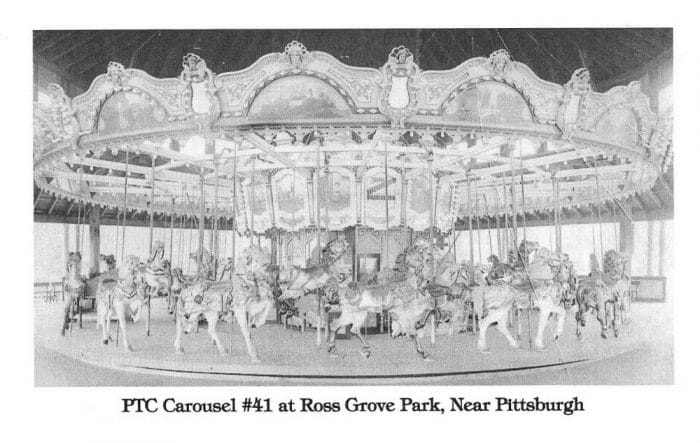 Now, here’s the park about the amusement park.

In 1917 on what remained of the estate an amusement park named Ross Grove was opened. Not much is known about the park aside from two rides for which postcards have surfaced.

The first of these rides was an an amusement park staple — the Philadelphia Toboggan Company carousel. It was a 3-row carousel (#41). Supposedly, the organ from this carousel is now part of the grand carousel at Knoebels.

The other ride was the Forest Ride which was a side friction wooden roller coaster which was also made by the Philadelphia Toboggan Coasters.

It’s unclear how long the park lasted, but it only appears to be a couple of years maximum.

The Meadows house remained on the property and in 1920 was renamed the Sanders Inn. It played host to jazz bands, Hollywood reviews, and even the farewell performance of Evelyn Nesbit. You may recall Ms. Nesbit as the former wife of Pittsburgh’s Harry Thaw who make national headlines when he shot architect Sanford White for having seduced Nesbit. The story became the basis for the movie “Girl in the Red Velvet Swing.”

That wasn’t it for amusement parks in the area, however. Interestingly enough, Aspinwall was home to another short-lived amusement park, National Amusement Park (which was also rather mysterious) in almost the same location beginning in 1928.

Want to learn more about the fascinating history of Pittsburgh’s amusement parks? Check out these one-thriving Pittsburgh-area amusement parks that are no longer, or take a walk down memory lane to White Oak’s Rainbow Gardens. I would be remiss not to mention the connection between Pittsburgh’s West View Park famous The Dips roller coaster and Conneaut Lake Park’s still-running the Blue Streak. 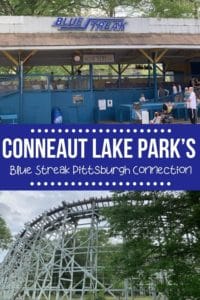