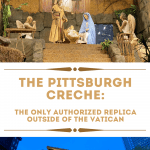 For me, one of my favorite Christmas displays is the creche. There are so many variations of the nativity scene located in various places, but did you know the Pittsburgh Creche is particularly special? 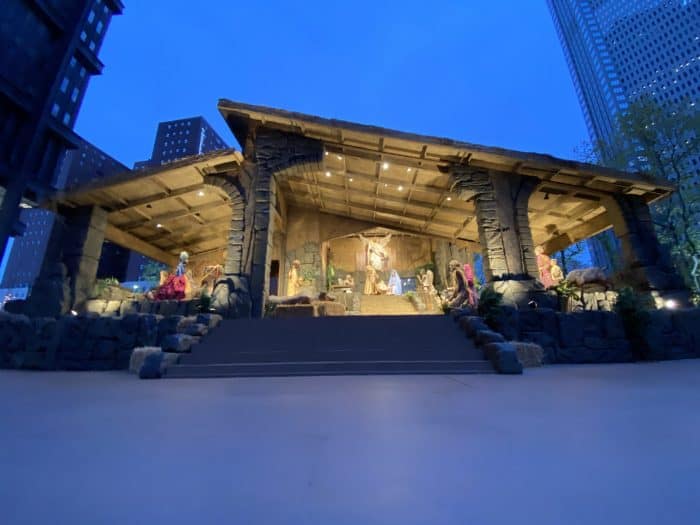 A view of the Pittsburgh Creche lit up at night I the US Steel Plaza.

When you first see the creche, which is located in the plaza of the US Steel Tower, you will notice its size and grandeur. What you might not know is the creche is the world’s only authorized replica of the Vatican’s Christmas Creche which is on display in St. Peter’s Square in Rome.

How did the Creche Got to Pittsburgh 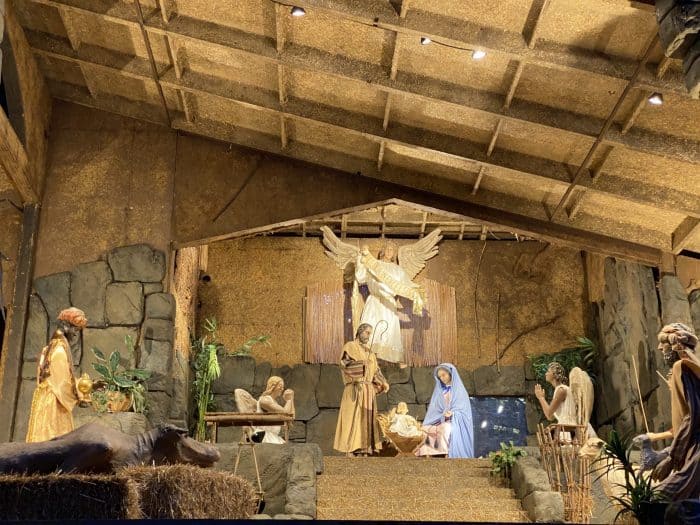 Each of the figures in the Pittsburgh Creche is life-size and hand sculpted. 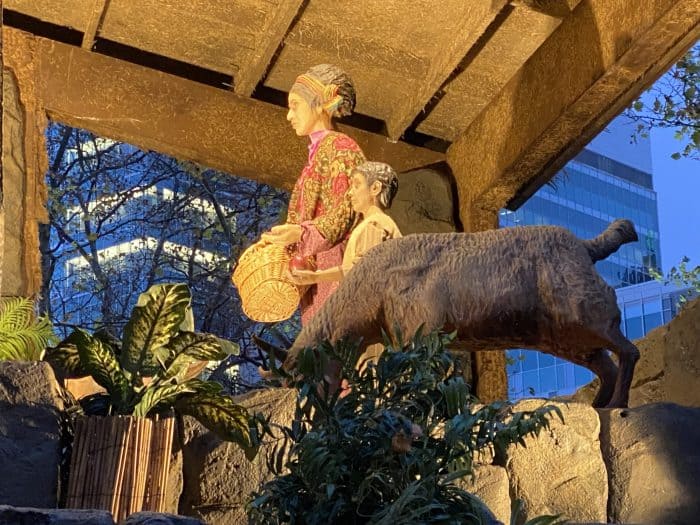 Official plans for the creche were obtained from the Vatican in order to create an exact replica of the creche in St. Peter’s Square.

Astorino worked with the Vatican to gain approval and eventually secured the plans for the creche. At that point, Astorino commissioned sculptor Pietro Simonelli to recreate the life-size figures for Pittsburgh’s Creche. The Pittsburgh Creche opened for the public for the first time in its permanent location in 1999.

The Art of the Creche 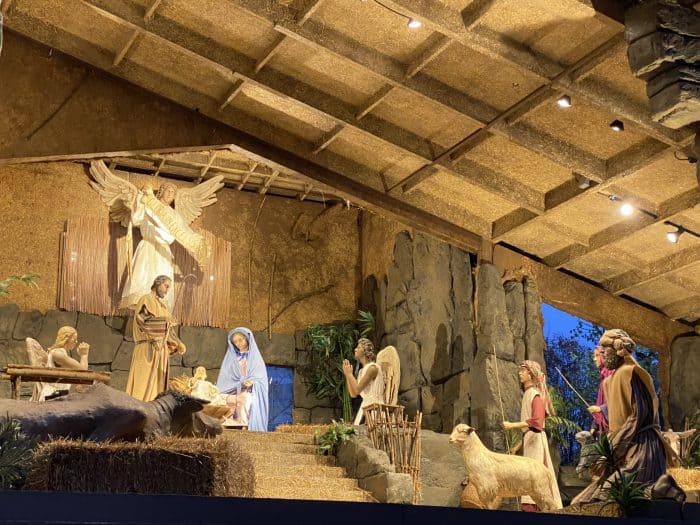 The creche has now grown to include 20 life-size figures.

The creche of today features 20 life-size figures. The original figures included Mary, Joseph, the Baby Jesus, three shepards, a servant girl, and three angels. Simonelli also sculpted various barnyard animals such as a camel, donkey, an ox, a cow, a ram, and a goat. In recent years, an angel was added by the sculptor to hand over the manger and the animals in the stable were joined by a full-size cow. 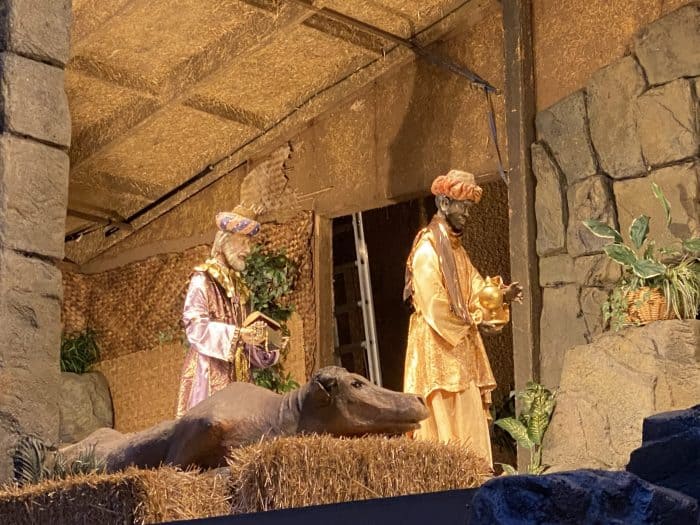 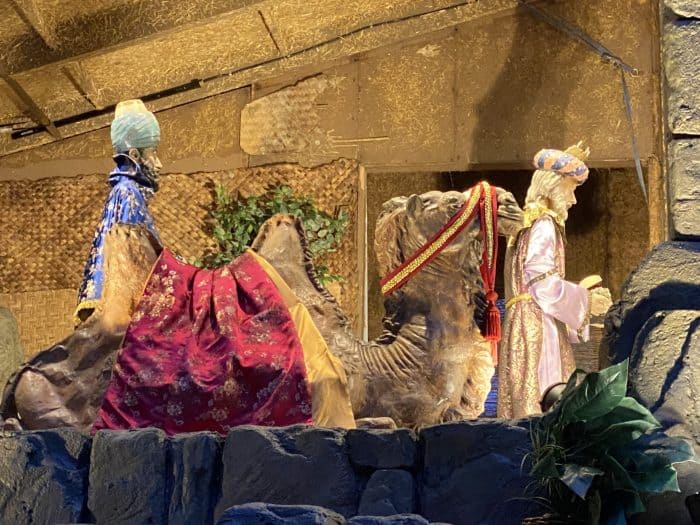 The figures were designed by first creating wooden frames for the bodies. The hands, feet, and faces were molded from clay and covered with papier-mache. The figures were clothed in clothes made by local, Pittsburgh-area women, according to Vatican tradition. Here’s a fascinating inside look at exactly how the Pittsburgh Creche is built each year. Thanks to PGH Museums for sharing!

Going To See the Creche

The Pittsburgh Creche is available for viewing 24 hours a day at the U.S. Steel Plaza. It opens on Light Up Night and will remain open until Epiphany in January.

The Vatican in Pittsburgh 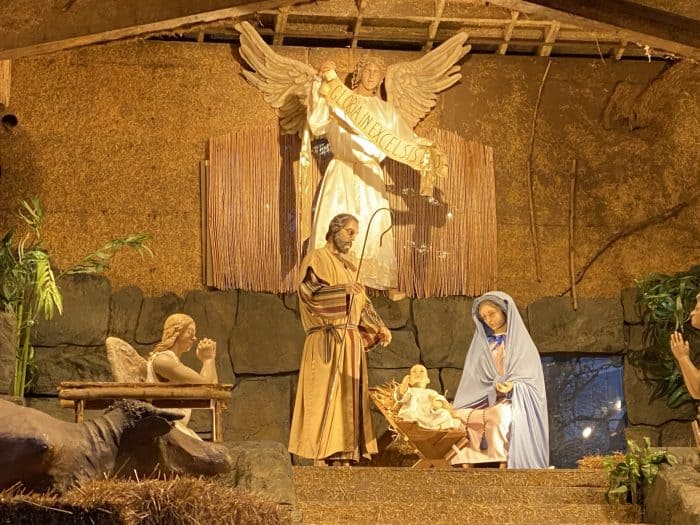 The Vatican to Pittsburgh connection is strong! 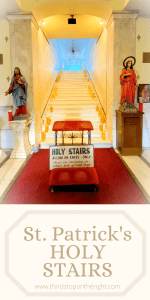