I’ve been trying to figure out how to write this post for the past two weeks. It’s never easy to say goodbye, even if you know the goodbye may be imminent. Those of us here in Pittsburgh know about these sorts of goodbyes all too well when we had to experience it with the closure of West View Park in 1977. Still, it doesn’t lessen the sting. 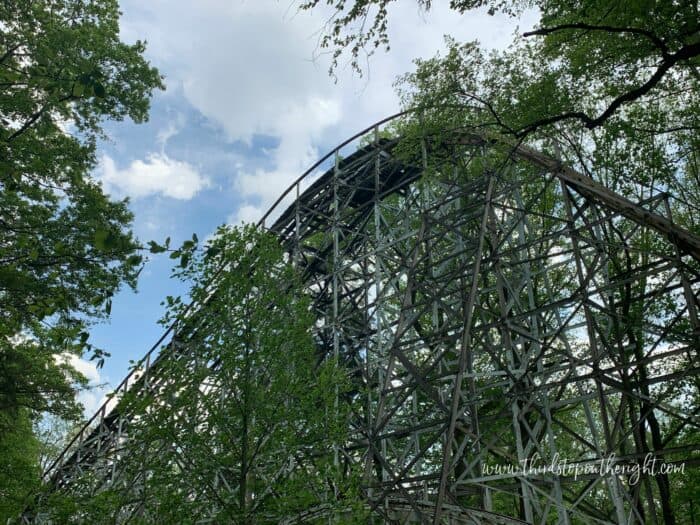 The top of the Blue Streak’s lift hill.

History of the Blue Streak 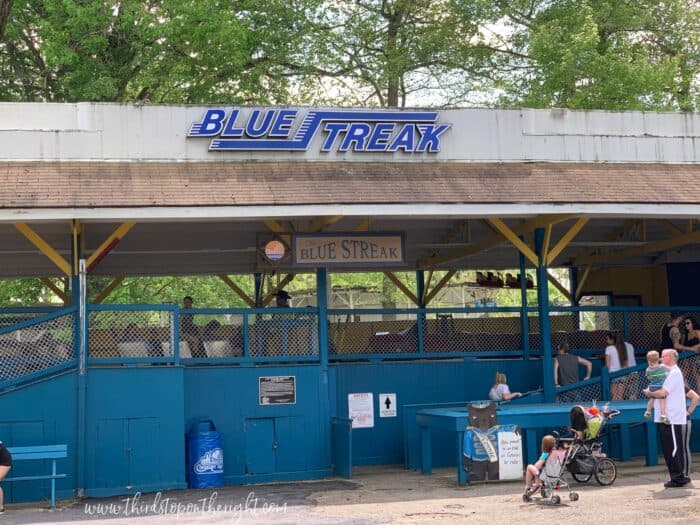 The front of the Blue Streak station in 2019.

The Blue Streak roller coaster was introduced to Conneaut Lake Park in 1937 to replace an outdated 1909 Scenic Railway which was located on the same site. The T.M. Harton Co. from Pittsburgh’s West View Park was brought in and Edward Vettel Sr. was tasked with designing the coaster while Charles L. Beares was tasked with building it. It quickly became the park’s signature attraction. 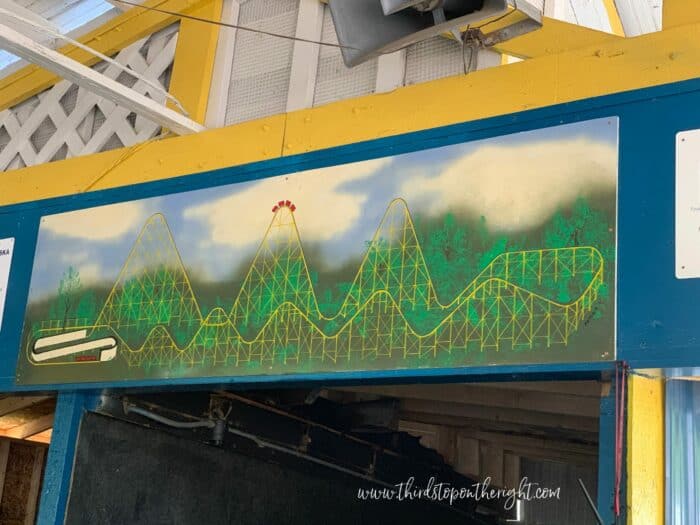 Artwork that used to be above the entrance to the tunnel. The electronic version of the artwork disappeared several years ago.

The Blue Streak was built with the spirit of West View Park’s The Dips in mind. It has a basic out-and-back track design through the woods with a turnaround near the highway. As the ride starts out, the train travels through a long, winding tunnel to the lift hill. After the first drop, the ride has two camelback hills and a series of other short hills. With a top speed of 50 mph, the Blue Streak measured 77-feet high and 2,900-feet long. 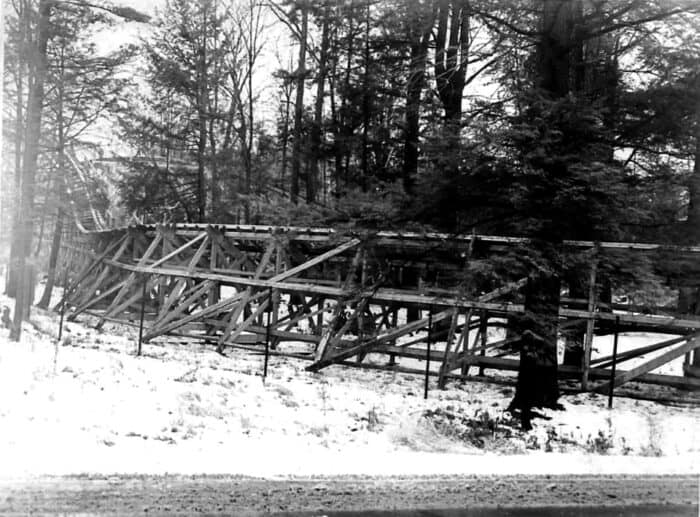 A view of the original Blue Streak turnaround before the track was raised in 1956. 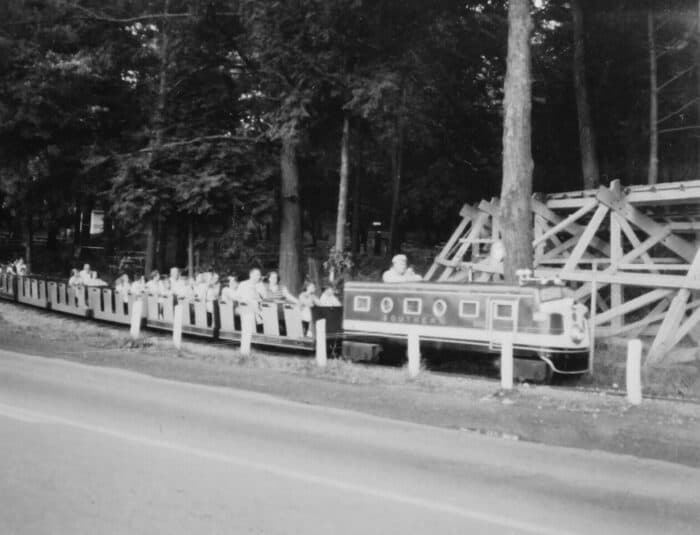 Another view of the original Blue Streak turnaround.

Originally, the turnaround near the highway was lower to the ground, but after 20 years of extensive maintenance to that part of the coaster structure due to the stress from the speed of the coaster making that bend, the coaster was elevated in 1956. John Allen from Philadelphia Toboggan Company did the work on the coaster. This also allowed for the addition of the new National Amusement Device (NAD) Century Flyer trains. 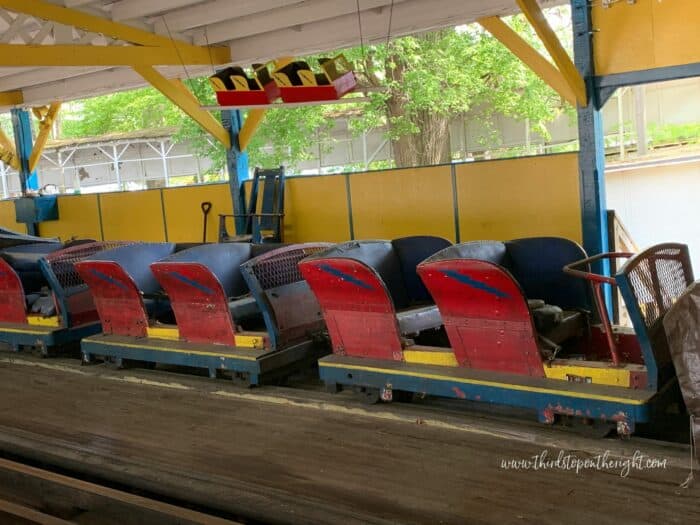 The Vettel train, although out of commission, was still stored in the station on display. 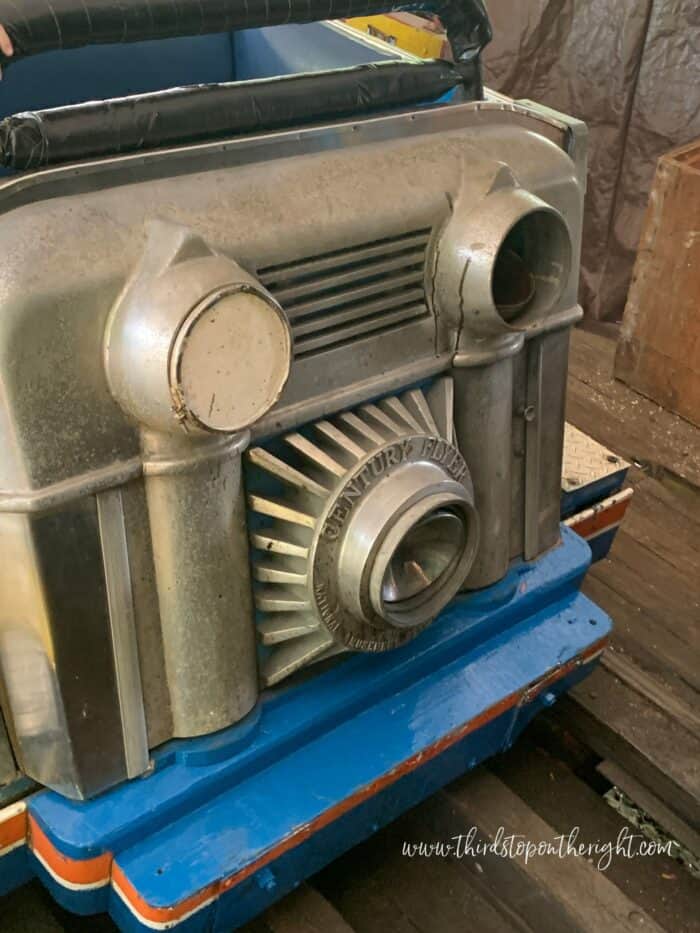 After years of being the Blue Streak’s major workhorse, the National Amusement Device Century Flyer cars were beginning to show quite a bit of wear and tear.

The 1960s saw the introduction of two NAD trains. The trains increased the ride capacity from 16 to 24 with four cars: three cars with three rows of two people and the front car having two rows with two people. The trains were substantially heavier as they had a heftier frame and built-in safety restraints. The NAD trains replaced the Vettel trains in operation from the 1960s until 2002 when the restored Vettel train was reintroduced.

The Vettel train again ran from 2002 to 2011 when it was again removed and for repairs and restraint updates. It never ran again. It was replaced with one of the NAD trains. The other NAD train was lost in the Beach Club fire in 2013 as the train was being stored in the Beach Club basement. From 2011 to 2019 the Blue Streak operated with the remaining NAD train. 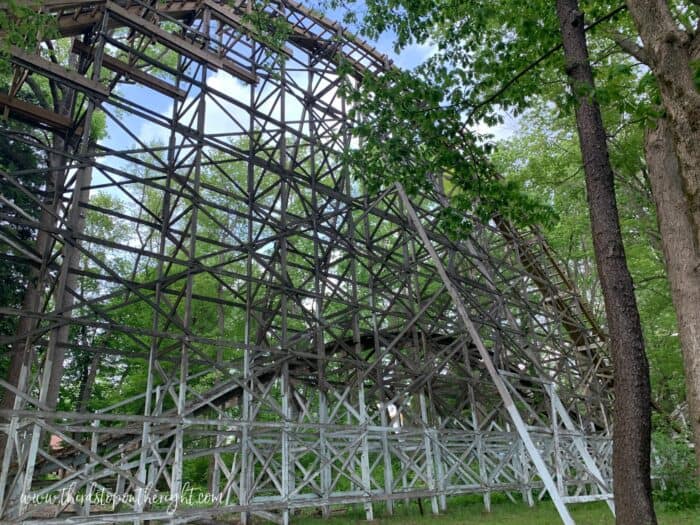 Beginning in the 1990s, the Blue Streak’s future started to become uncertain. The end of the 1992 season was the first time it was announced that the Blue Streak would be mothballed. It wasn’t the last. That year a change in ownership saved the coaster. In 1995 the park failed to open due to bankruptcy and the Blue Streak didn’t open the following year.

In 1997, the Blue Streak was renovated and reopened. The coaster was able to remain running for 10 more years despite the park’s financial struggles. In 2007, heavily in debt, the park was unable to open for the season. The Blue Streak remained closed until 2010. In 2011 it reopened.

**As an interesting note for any Geauga Lake fans, when the Raging Wolf Bobs at Geauga Lake was demolished much of the wood and cable supports were taken to Conneaut Lake and reused on the Blue Streak.** 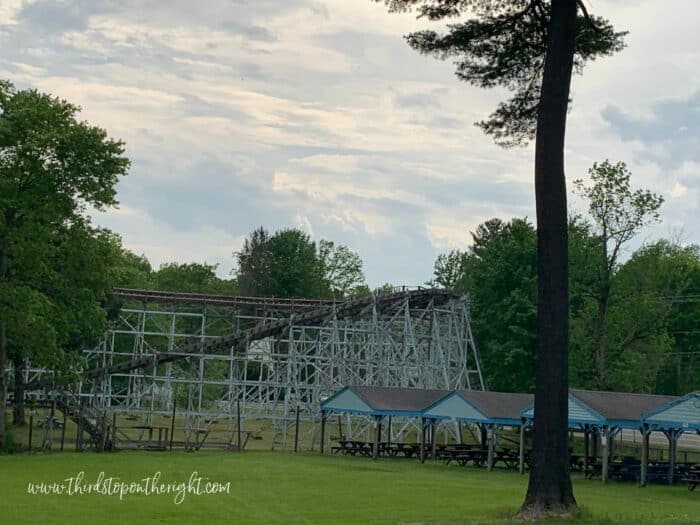 Throughout the 2021 season the Blue Streak’s future remained unclear. The newest owner of the park claimed the costs to refurbish and maintain the historic coaster outweighed it’s money-making potential. Despite the efforts of coaster enthusiasts and preservation groups, news broke on January 4, 2022 that the Blue Streak had caught fire while the owner was having the ride demolished. Within two weeks the coaster was completely dismantled.

The Blue Streak’s Place in History 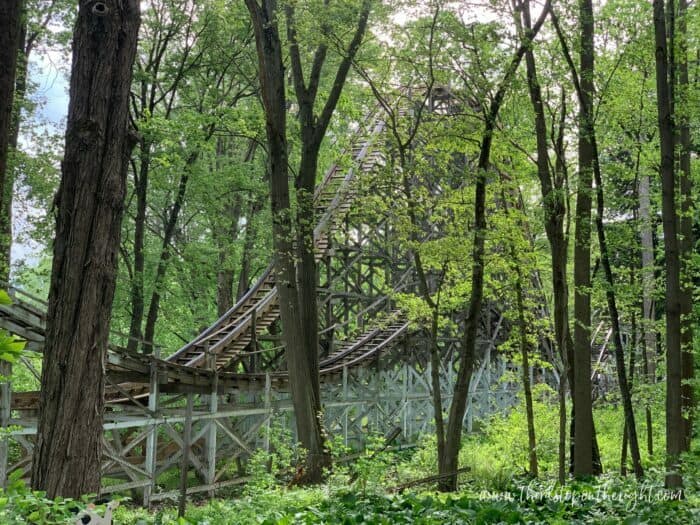 This picture is a good example of Vettel’s shallow track design.

The Blue Streak was one of only two examples of a Vettel shallow coaster with Vettel’s unique track design left in the world. Now the only remaining one is in Colorado. This design is composed of multiple wood layers separated into two sections by horizontal cross ties. It was also the 17th oldest wooden roller coaster. 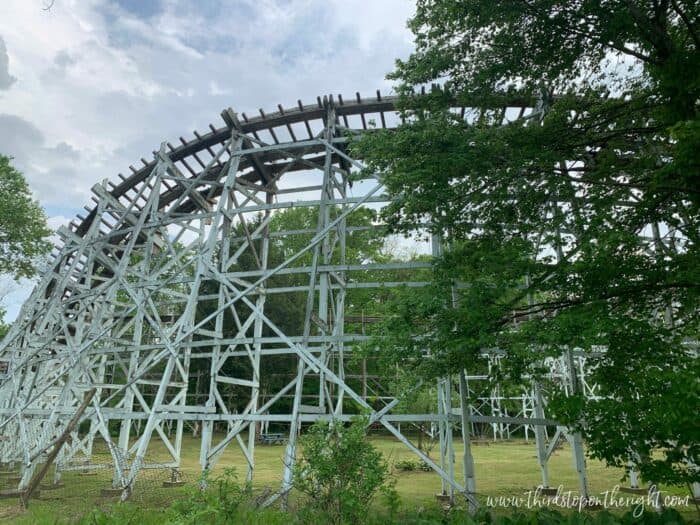 The Blue Streak turnaround by the highway.

I had the chance to go to Conneaut Lake Park (or what little is left of it) last weekend. When I rounded the corner where you would normally see that commanding turnaround and instead saw a pile of rubble I thought my heart was going to break. 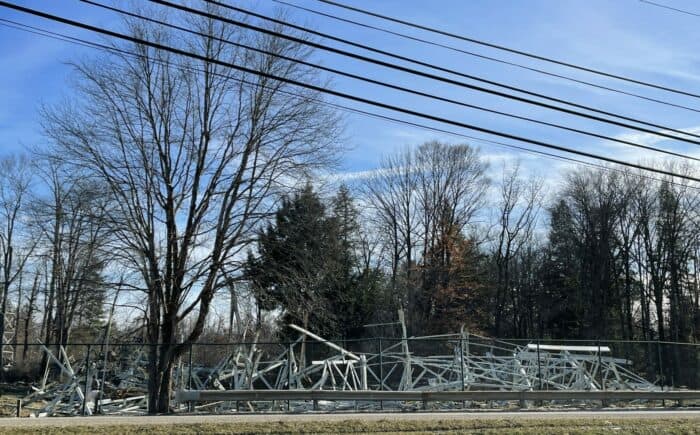 Thankfully, I was able to salvage some parts from the mighty Blue Streak. But as I have said many times before, and I’ll say it again one more time:

Go visit that tourist cabin, ride the roller coaster, take the road trip. You never know when these things will be gone for good.