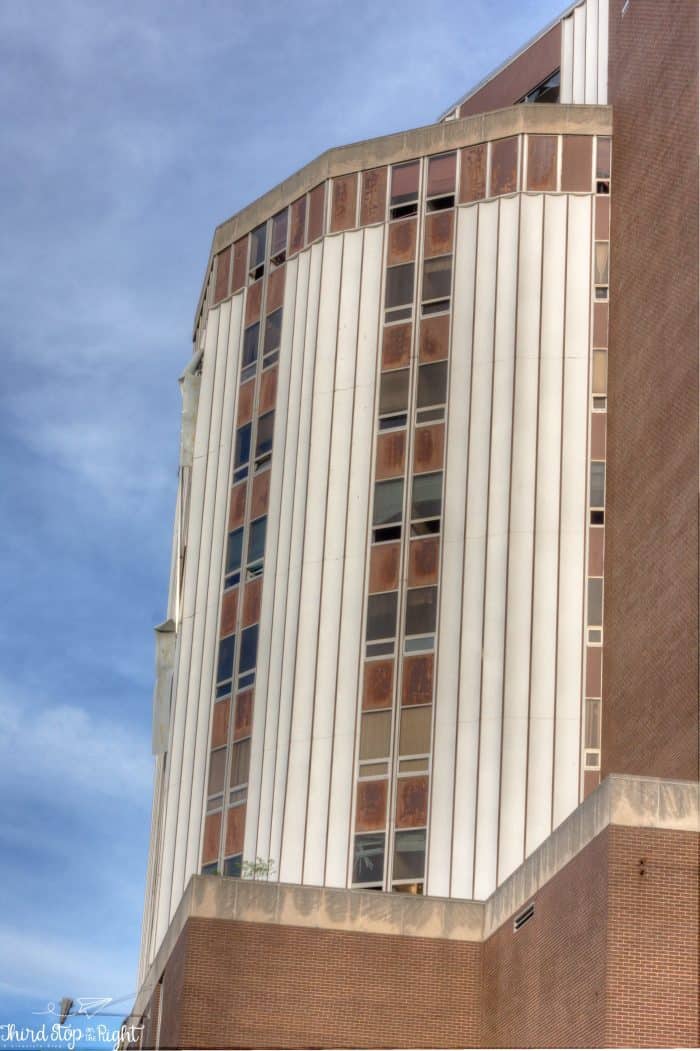 The Rise and Fall of Monsour Medical Center in Jeannette

It was a hospital that couldn’t cure it’s own illness.

It should have been an American success story. Four Syrian brothers, sons of immigrants whom all obtained medical degrees, came to the Jeannette area and started a community hospital from scratch. It was a remarkable feat.

Too bad the story didn’t have a happy ending.

The story of Monsour Hospital and Clinic started with the Old Stone House (also known as Senator Brown’s Mansion). The house was built in 1783 along the Lincoln Highway as a stage coach stop on the route from Pittsburgh to Philadelphia.

In 1952, however, the house because a new life as a six-bed clinic established by the Monsour family as the Monsour Hospital and Clinic. By 1953 it had grown to six beds and by 1958, a for-profit 100-bed facility was in operation. In 1971, an 11-story, circular tower was built to house more than 250 beds. At this time it was renamed the Monsour Medical Center.

Unfortunately, the hospital was plagued by debt.

In 1980 the medical center filed a voluntary petition for reorganization under Chapter 11. The hospital remained in bankruptcy until 1989. In 2001, Monsour Medical Center again filed for bankruptcy.

The problems didn’t end with debt, however. In 2004 the medical center began having licensing problems. The state Department of Health cited issues stemming from management oversight. The hospital operated on a provisional license which limited the use of surgical and anesthesia services until 2006 when the hospital closed after failing to renew its medical license.

It was as everyone left one day and left the contents of the hospital as-is, including medical equipment, specimens, and even patient records.

Vandalism and arson soon followed. A fifth floor waiting room was set on fire, as were the loading docks and eventually even the Old Stone House fell victim to arson.

The demolition of the hospital was inevitable, but due to lack of ownership and extensive liens, it took years for the demotion to actually start. Finally, in 2015 work began on bringing the on the once state-of-the-art medical center to the ground.

Be sure to check out Part 2 of my pictures on Monsour Medical Center which were taken as the dilapidated hospital was being demolished.

*Note: I know several professional photographers who were brave enough to enter Monsour Medical Center before it was completely destroyed by vandals and arsonists. If you would like to check out their galleries you can check out Abandoned America and Subject Matters Photography. Trust me, the images are surreal.*