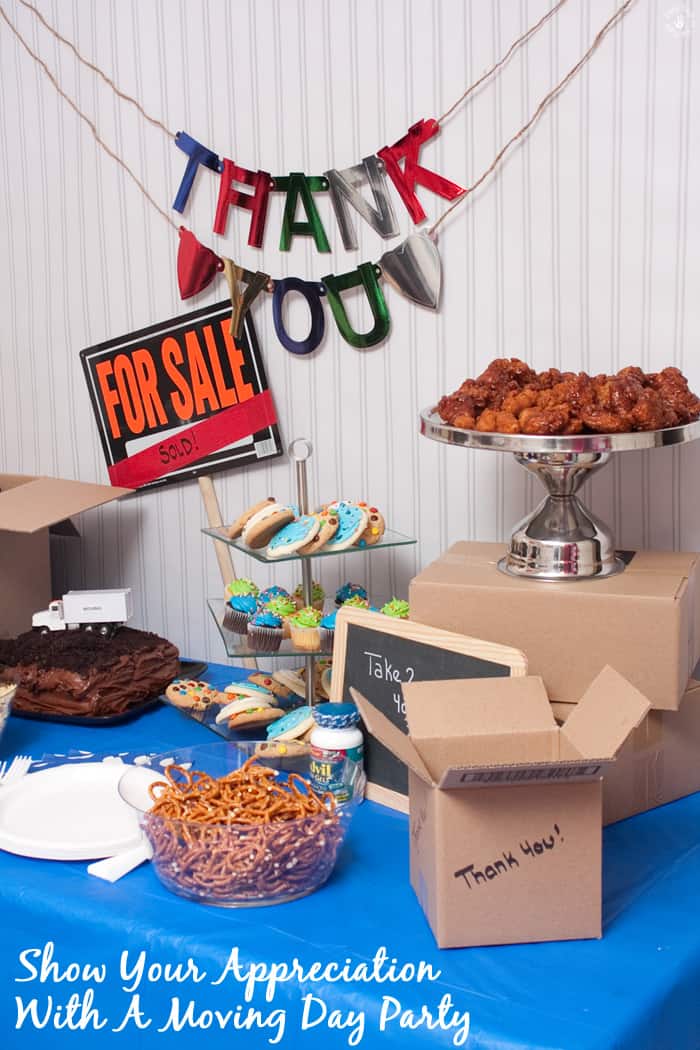 Home Uncategorized Show Your Appreciation With A Moving Day Party

Show Your Appreciation With A Moving Day Party

This shop has been compensated by Collective Bias, Inc. and its advertiser. All opinions are mine alone. #WhatInconvenience #CollectiveBias

My family has gone through a lot this summer — including moving. Just moving houses was a huge ordeal. Now only did I have a ton of stuff to move but I also worried about how I was going to get it all moved.

Little did I know how humbling that day would be.

I stressed about where I would get the help for the move, but on moving day I had a large turnout from people from my church. I was amazed at the number of people who cared about me and my boys.

I feel that making people feel appreciated for the help that they provide is really important. That’s why I decided to create this Moving Day Party. This party is a fabulous way to celebrate the people that sacrificed their time and energy to help us move.

I wanted to create a Moving Day themed party that would not only feed my helpers, but also show them my appreciation.

Since this is a Moving Day party I started with some boxes for the decorations. I also created a “THANK YOU” banner which was made with some packing twine. My favorite decorating, however, was a “For Sale” sign on a stake with a “Sold” sign on it.

Of course, one of the things that everyone who helps with a move needs is bottles of water. I decided to make a moving box drink bucket. To make this, I actually used a Halloween candy holder and found a cardboard box that it fit in. I put the candy holder in the box and then filled the holder with ice and water bottles.

In addition to water I had to feed the people who helped me. I decided to make a nice spread of food that would be easy to grab and go. I put out snacks such as pretzels and chips, but I also purchased a chicken platter with barbecue boneless wings and popcorn chicken. These are filling, but also easy to eat on the run.

I set up a cookie platter so people could get their sugar fix as well.

I also made a moving day chocolate crumble cake to help celebrate everyone that helped me. I used an 8×8 inch cake pan and some chocolate fudge cake mix. I mixed the cake according to the package directions.

I baked one layer, iced it with chocolate icing, baked another layer, and iced that one too. I then actually baked a third layer, crumbled it up, and sprinkled it on the top of the cake. I then added a moving truck toy to the top.

To thank everyone that helped me I made up some small gift boxes. I purchased some mall packing boxes and filled it with gift bag confetti. I then added some small tokens of appreciation such as a small candle, a candy bar, breath mints, and a small bottle of Advil.

In fact, I purchased a large bottle of Advil with an EZ open cap and placed it on the table with a sign instructing my helpers to take an Advil to relieve any pain from moving.

In fact, Advil is perfect to relieve not only aches and pains from helping to move, but also for everyday minor arthritis pain. In fact, nothing is proven stronger on arthritis and other joint pain (*among OTC pain relievers). It is also the one doctors recommend for joint pain — more than the medicine in Tylenol or Aleve (**based on a survey of monthly doctor recommendations).

Whether you are one of the 53 million Americans who suffer from arthritis or if you are suffering from everyday aches and pains, Advil can help. In fact, to celebrate World Arthritis Day (October 12), Advil is working to spread awareness of arthritis and the relief Advil can provide.

You can find Advil, and all of the other supplies you need for Moving Day party, at your local Walmart.

What I have learned is that no matter what comes your way, it is important to live life to the fullest. Seize the moment. Enjoy the ride. Appreciate the little things.

Comment On: What will you do to live life to the fullest with the help of Advil?