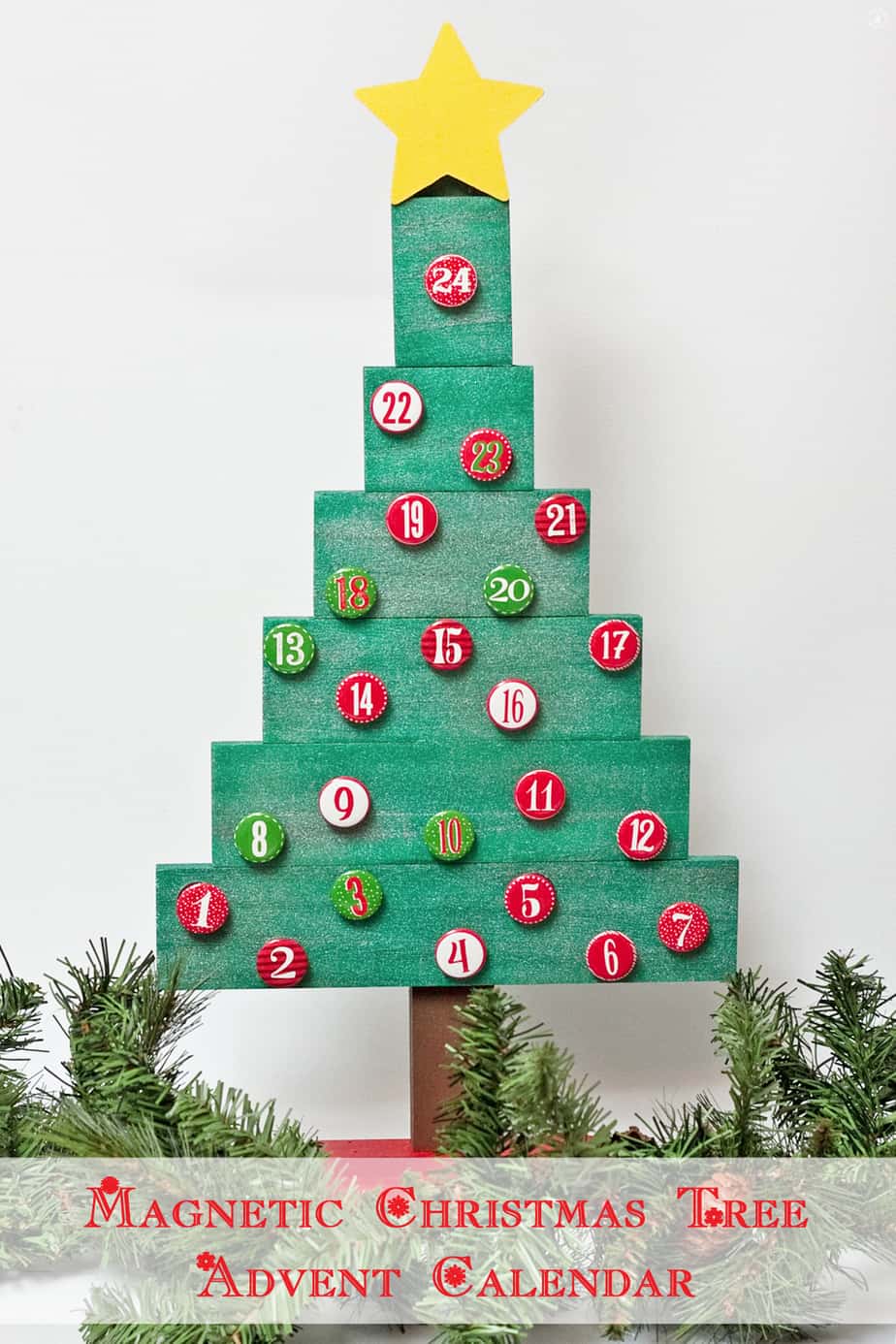 Yep, I made another Advent calendar. I seriously have a problem with making these things, but I love them! They are so much fun to make and the boys love playing with them. I think it is a great way to build excitement for Christmas. I think I have made at least one each year for the past several years.

So, this year I decided to make a wooden tree with magnetic buttons as an Advent calendar. I found that not only was it a great way to count up until Christmas, but it was also a great teaching tool in order to teach the boys about numbers.

I’ll admit that I started this project a little backwards. I found these adorable numbered pin buttons at Michaels and I just knew I had to do something with then. Then, I found a stand-up wooden Christmas tree at my local Joann Fabrics which I knew would go perfectly with the buttons.

I had some green spray paint with glitter included that I used on the tree. I focused on the tree itself, getting the front and the sides, but it is OK to get paint on the star, trunk, and base since we will be painting over them.

After the tree dried, I painted the trunk with brown acrylic paint. The star is actually not the original. Shortly after bringing the tree home, my son knocked it over and cracked the star. I remedied this by paining a plain wooden star and glued it over the cracked one. You would never know the difference!

Once all of the paint dried, it was time to add the magnets. I purchased several packs of circular craft magnets that had adhesive on the back. If the magnets that you use don’t have the adhesive, you can always just use hot glue instead.

Now, I had that pack of numbered Christmas button pins. Of course, I couldn’t use them as points, so using a pair of pliers, I popped off the back part of the button that had the pin. I then replaced the pin with one of the circular magnets.

I found a cute storage pouch at the store (I think it was originally for a gift card) which I used to store the magnets) until it is time to put them on the tree.

I found that in addition to being a fun way to count up until Christmas, but it is an ideal way to help teach the boys about number recognition as well as counting.

5 Uses for WaterWipes (Besides Changing Diapers)