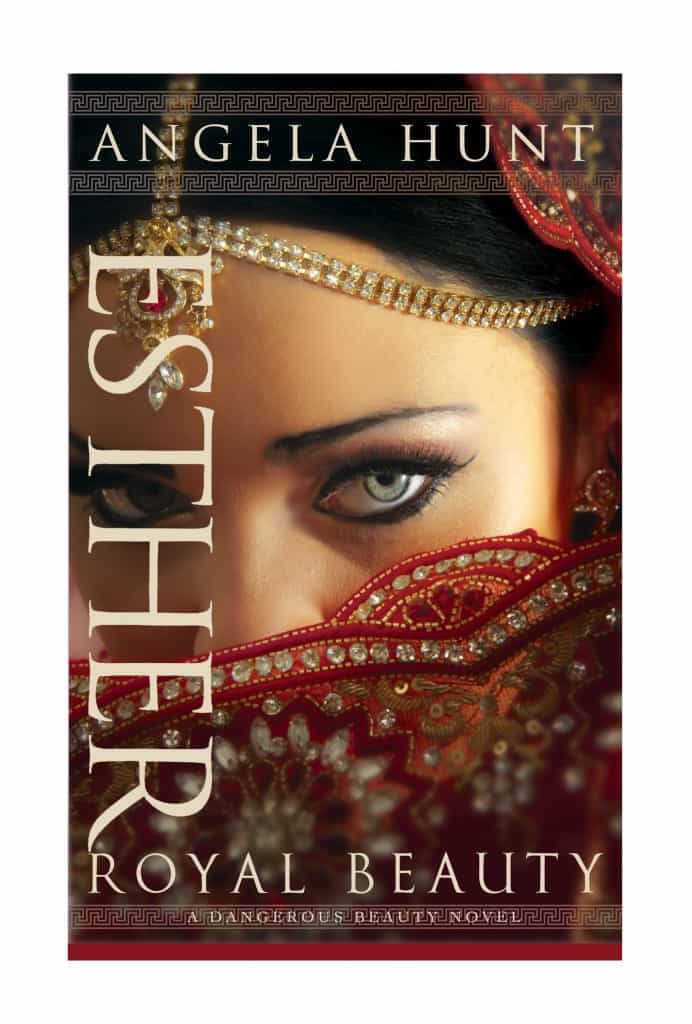 Disclosure: I received a copy of this book to facilitate my review, however, all thoughts and opinions are strictly my own.

I love historical fiction, which is no surprise since I love history. To me, they are the best of both worlds: a good novel and an opportunity to learn about different times and different cultures. I was eager to read Esther: Royal Beauty, but I was a little hesitant because Biblical-based fiction isn’t always accurate. I was pleased, however, that this book was not only fairly accurate but would also appeal to both the believer and the nonbeliever.

This book is written using alternating viewpoints of Hadassah (Esther’s Jewish name) and Harbonah a royal eunuch. I think the contrasting viewpoints make the story even more engaging and are able to fill in details from a Jewish perspective as well as from the royal perspective.

In the past, I’ve read the Book of Esther in it’s entirety, and although it was interesting I didn’t feel the real drama and suspense of the story until reading this book. However, I finished this book in three days. Three days! With a 1-year-old and a 3-year-old. I can’t even recall a time in recent memory when I was able to read a book that quickly.

This book follows the story of Hadassah (Esther) from the time when she was a young child in Susa, through her being taken to the palace, being crowned queen, and her heroic feat of going to the king unannounced to petition for the lives of her and her people.

From Harbonah’s point of view, it followed the action of the palace, from the dethroning of Queen Vashti, King Xerxes’ military failure in Greece, his eventual quest to find a new queen, and his relationship with Esther.

There were only two things that I had any issues with in the book. The first was the portrayal of Queen Vashti. In this book, Vashti is portrayed as the “wicked stepmother” type who, despite being dethroned, is jealous of Esther and anyone else who may threaten her. This doesn’t stop at words, but actual physical violence. She is definitely portrayed as an antagonist in the story and I’m not entirely sure it is warranted.

Instead of vilifying her, I felt that the author could have made a more positive portrayal of her, especially since there is a lot to be learned from the character. Vashti was dethroned for disobeying her husband, the king. This is because she refused to dance naked before her husband and his friends when they had been drinking. This could be an excellent example of modesty and self-worth, but I digress.

In the actual Book of Esther, Vashti disappears after the first chapter is no mention is ever made of the two women ever crossing paths.

Instead of vilifying Vashti, I feel the author should have emphasized Vashti’s fall was more about two people who’s stubbornness and egos get the best of them instead of her disobeying her husband, which could be confused with the Biblical principle of women submitting to their husbands (Xerxes and Vashti were both pagans). Her fall as also a necessary turn of events in order to bring Esther to power and thus save the Jews.

The other aspect of this book that I may have changed was shortening some of the text regarding Esther’s early life, as this is a bit slow moving, and instead focus more on Esther’s time in the palace. Very little is discussed in regards to the three days spent fasting and praying leading up to her going to the king unannounced. I think that might have been a missed teaching opportunity.

Although the book did miss some teaching opportunities, I think the fact that it was not overtly religious may be a way to draw in nonbelievers who otherwise might now read a religious-based book. Esther is not just a religious figure but also a historical figure which could be a good opening to pass it to another history-loving friend or coworker.

Despite a few flaws, Esther: Royal Beauty was a book I would highly recommend. You can purchase it online through FamilyChristian.com or at your local Family Christian bookstore.

I also have the opportunity to give away a $10 Family Christian Appreciation Certificate good for a purchase of $10 or more in stores or online. Just enter through the form below.

Love to read? Check out my other Christian book reviews for some inspiration!

Skip the Chart and Take Charge of Your Fertility #BabyMakingDays

Thanks for this review! We enjoy this book as well!

I love the idea of seeing this story through the eyes of the royal eunuch. What a nice twist on the story!

I love this book in the Bible and am looking forward to reading this book.