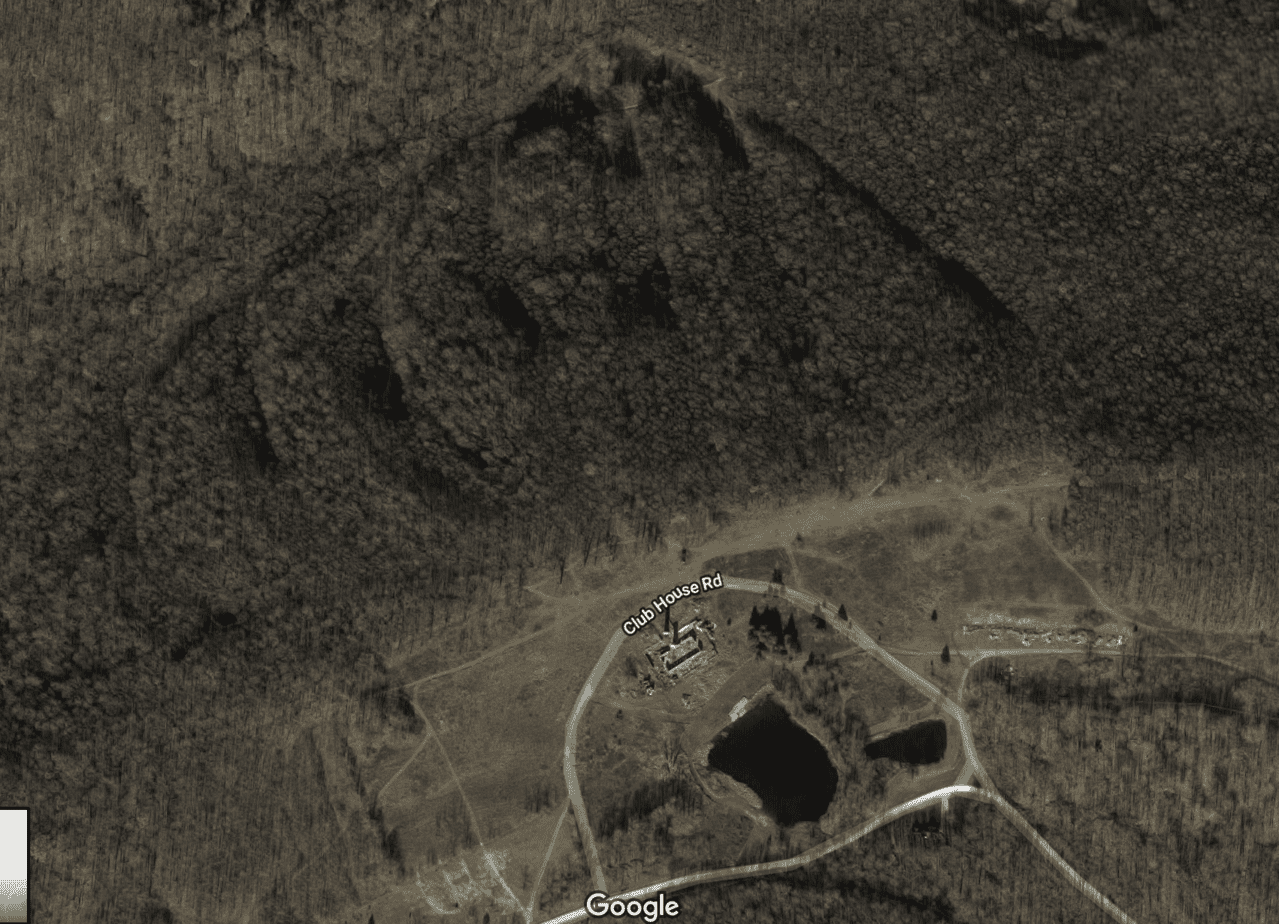 Everyone knows of the three big Laurel Highlands ski resorts: Seven Springs, Hidden Valley, and Laurel Mountain. All three, which are owned by Seven Springs, make up the entirety of the area’s skiing. What I didn’t realize, however, is that they weren’t the only game in town. There also used to be Plateau de Mount.

I don’t remember when the first time I heard the name Plateau de Mont. I am going to assume it was through some of my history research, but I was surprised because I’d never heard of another ski resort before. Sure, I had heard of some small backwoods single ski slopes but nothing that was as large at Plateau de Mount supposedly was. I wasn’t sure it was even true.

From what I have read, Plateau de Mount was located across Route 31 from Hidden Valley. I wasn’t sure if any evidence of it still existed so I decided to do some digging. If there really was a mysterious ski resort I figured there must be some sort of a trace remaining, right? Well, I was in for a treat.

I took to Google Maps and started scouting the aerial satellite views of the area. I started looking by the quarry, which is directly across from Hidden Valley’s main entrance. I was looking for anything that would give me a clue.

Then I saw it.

I had to zoom in, and if I wasn’t looking for it I might have missed it. There in the trees I could make out the shape of what looked like seven ski slopes. Plateau de Mount really had existed.

On Google maps you could make out seven distinct slopes in an inverted shape. It appears in the photo that the lodge was at the bottom with the seven slopes converging at one point where the ski lift was, but the lodge was actually at the top if you look at a topographical map. Apparently you can still see the concrete pad for the lift. The road leading to the lodge is called Club House Road and Demount Road. (For Plateau de Mount, perhaps?)

From what little information I can find about the resort, it operated during the 1970s and featured seven ski slopes which were serviced by a double chair lift. The lodge was located at the top of the slopes and featured a huge fireplace at the front entrance, a restaurant on the first floor, and rooms and ski rentals on the lower level.

Unfortunately, I haven’t been able to find any photos or postcards of when the resort was operational, but I did find a thread on Reddit which directed to a gallery on Imgur which featured user lgm10’s photos of the ruins of Plateau de Mount.

The Demise of Plateau De Mount

Plateau de Mount closed in the 1970s after only a short time in operation. (I can’t find exact opening and closing dates.) It seemed the resort struggled to keep snow on the slopes. If you notice, the resort faced opposite from Hidden Valley which meant it got more direct sun. This, combined with inadequate snow-making capabilities led to the Plateau de Mount’s demise.

The lift equipment was removed but the lodge remained for quite a few years, although it had begun to fall in according to lgm10’s photos. In 2015, an arson fire devastated what was left of the lodge.

I’ve never been to the actual site, just pieced things together using Google Maps and research. You can see the remains of the lodge in this picture, but it appears there is not much to see.

If you decide to visit the Plateau de Mount site, please be aware that it is on private property and trespassing is discouraged.

I have been there before the lodge burned down, it was in rough shape. if you set your google map to topo you will see that it was a mountain top lodge and the slopes faced north. The lack of snow making had to hurt its success as this region of Pa could never support a ski area that depended on natural snow. It was a cool day though as the 5 people with me were locals that had never known of the history of the area. the only hint of the lift was the concrete footing that anchored the top of the lift.

There were fiur other ski areas in the vicinity as well: White Mountain, Bear Rocks, Indian Lake and Camp Soles. All closed for various reasons.

I remember skiing White Moountain often as a kid.