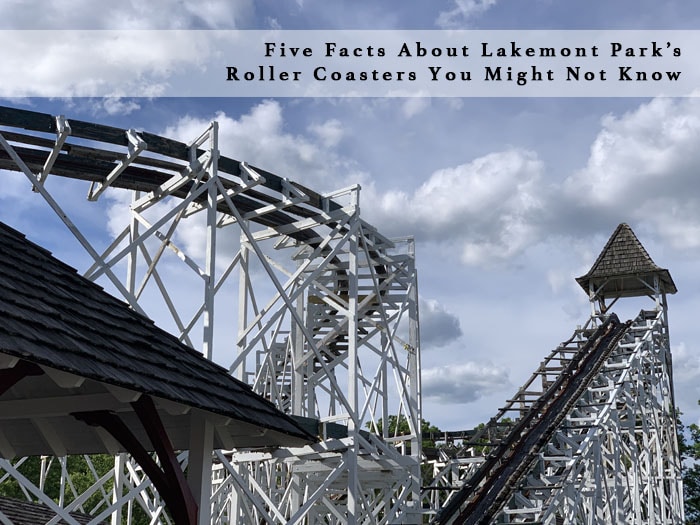 Lakemont Park has transformed itself into a unique family entertainment complex complete with go-karts, miniature golf, and batting cages, but two things that still prominently stick out in the park are the wooden roller coasters. While the park may have gone through a transformation, the owners (thankfully!) made the decision not to just keep the two historic coasters but to refurbish Leap the Dips, the world’s oldest roller coaster, into operable condition.

While Leap the Dips and its lesser-known counterpart, the Skyliner, have become iconic to Lakemont Park, a lot of people don’t know the true history behind these rides, and Lakemont’s roller coaster history in general. That’s why I decided to take a look at what makes these two coasters so special, and also the other coasters that have gone before them.

There have been six coasters throughout the history of the park 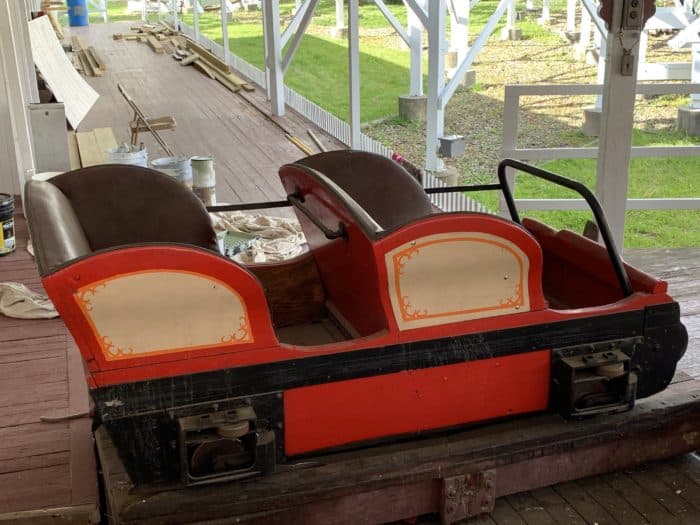 One of the side friction cars to Leap the Dips

Aside from the three existing coasters (Leap the Dips, Lil’ Leaper, and Skyliner) there were once two additional coasters at the park. The Gravity Railroad was the park’s first rollercoaster but it was destroyed in a fire in 1901. In 1927, the Twister roller coasters was added, and compared to Leap the Dips, it was a high-speed coaster with twists and drops. Unfortunately, the Twister was so badly damaged in the flood of 1936 that it was unsalvageable and had to be torn down. Lakemont also has an interesting tie to one of Pittsburgh’s famous defunct parks. When Pittsburgh’s White Swan Park closed, Lakemont purchased its Wild Mouse ride which operated until 2003 when it was closed due to excessive maintenance.

Lakemont used to feature a Shoot the Chutes ride 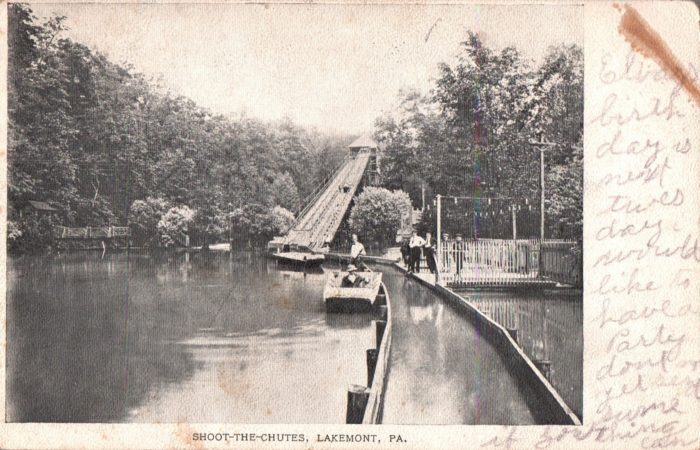 An early postcard of the Shoot the Chutes ride at Lakemont Park.

While not a roller coaster in the traditional sense, these types of rides were popular in 1902. When the one at Lakemont was built, these were considered thrill rides right along with the early roller coasters. An early combination of today’s water rides and roller coasters, the Shoot the Chutes launched boats from an inclined plane into the park’s lake. A donkey was used to pull the boats to the top of the structure.

Leap the Dips was nearly demolished

Despite its age, Leap the Dips has not operated continuously. In fact, the ride sat abandoned and neglected for over 15 years. The ride probably would have been demolished if not for the cost of the undertaking and more pressing monetary needs of the owners. It was easier (and cheaper) to let the ride rot than tear it down. That’s when the American Coaster Enthusiasts stepped in an effort to preserve the coaster.

In 1998 restoration work began on the coaster, with special care to maintain the character of the ride. Special wood was bought a year in advance in order to acclimate and a steam box was built so that the wood could be bent the same way it was in 1902 when the coaster was built. In 2020, the ride reopened after an extended hiatus and a reconfiguring of the park.

Leap the Dips is the world’s oldest roller coaster 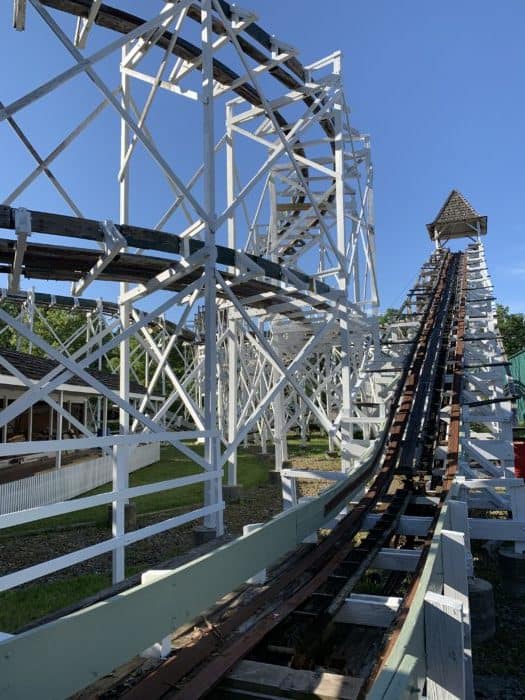 Looking up the lift hill of Leap the Dips

Leap the Dips isn’t just a historic coaster, it is literally the last of its kind. It was built in 1902 as a side friction figure-eight roller coaster. At the time, those sort of coasters were state-of-the-art and could be found in almost every amusement park. Side friction roller coasters were characterized by two sets of wheels, one set which rested on the tracks, and other set on the side which produced friction to keep the trains from derailing. Once up-stop wheels were invented, side-friction coasters fell out of favor and production stopped. Today, Leap the Dips is the only side-friction, figure-eight roller coaster left in the world and one of only two total side friction roller coasters. 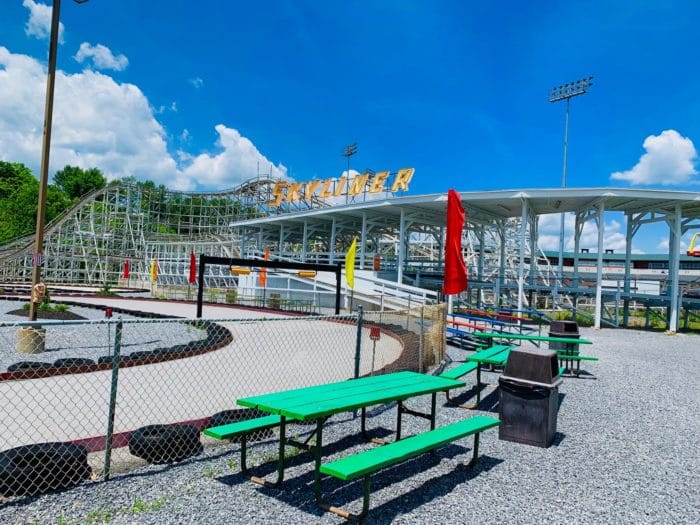 The Skyliner wasn’t originally built for Lakemont Park. In fact, it was originally built for New York’s Roseland Park, John C. Allen’s first full size coaster. Opened in 1960, the Skyliner operated at Roseland until the park closed in 1985 when it was purchased by Lakemont. Lakemont then moved the coaster to Altoona where it was reassembled next to what would eventually become the Altoona Curve stadium and reopened in 1987. An ACE Classic Coaster, the Skyliner operates a single train with three cars, holding up to 18 adults. This is one of only a few instances of a wooden roller coaster being moved and rebuilt. 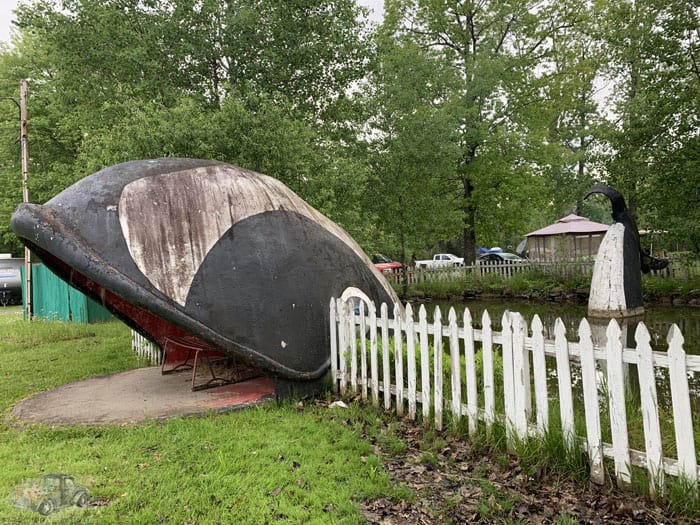 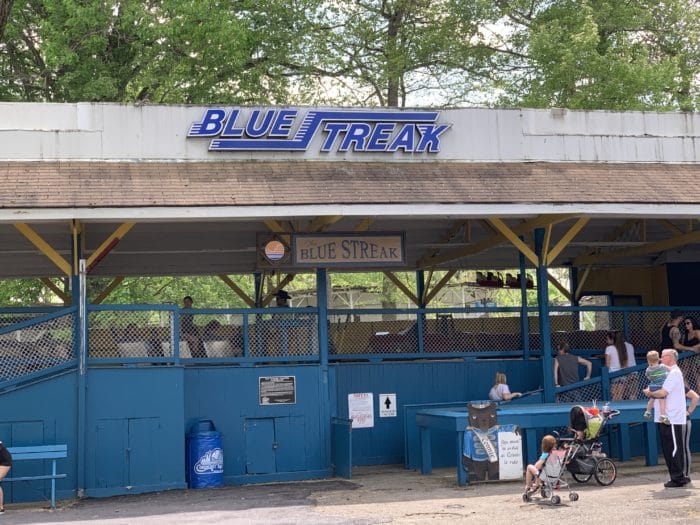